Three and a half of my five novels have happy endings. Spoiler alert: Split is not one of them. It’s not even the half.

Published in 2007, Split veers wildly off the trad romance track and instead borrows from the traditions of horror, incorporating the ghostly, the gothic, the eerie and the uncanny. There are no werewolves, vampires, monsters or zombies; no guts and gore or scares to make you scream. It’s quietly unsettling and oppressive. Or as one Amazon reviewer puts it, a “freaky little story with a ritualistic vibe.”

Wuthering Heights was one of the inspirations behind Split, and the action is set in an isolated village deep in the Yorkshire Moors. The people who live in Heddlestone, my imagined village, have different ways, different values. My protagonist, Kate Carter, abandons her boyfriend in London and moves to the village, unable to defy a inexplicable compulsion to return after briefly visiting on holiday. 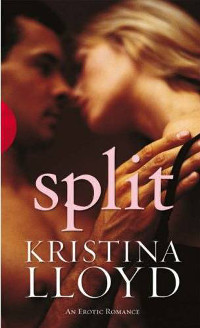 “I longed for Heddlestone. I longed for its clean air, the space, the sight of those stark, blasted moors with their folds and secrets, and a sense of something lingering. I still feel it now I’m living here. I go out walking, climbing up and down, the wind roaring in my ears, and it feels as if something’s out there in the enormity, waiting for me.”

Kate takes a job in Heddlestone’s local puppet museum and soon falls for Jake, puppeteer and museum owner. Split is told from Kate’s POV, and written as a confessional journal she’s intending to send to the man she left behind, an attempt to explain her bizarre, hurtful actions. The book begins:

“My story starts last autumn. I want to set it down because I understand now that I’ll never be able to leave this place. And I want you to remember me as a good person.”

With its narrative format, Split shares similarities with my latest book, Undone, although the journal style is less overt here. There’s a twist in the tail too and plenty of kink, especially bondage and powerplay. Jake is a gentle, quiet, commanding dominant, and the sexual theme finds echoes in his profession. He creates puppets and marionettes, and he controls them, pulling their strings. Kate describes him as having “a sure, sensitive presence permeating my every day” and says,

“His hands are big enough to trap mine in a fist; light enough to sculpt, carve and paint, to shrink the living, breathing world down to a tiny focused stasis. His is such a delicate mastery.”

The trouble is, despite herself, Kate is also attracted to Jake’s brother, Eddie, a boorish, teasing bruiser and landlord of The Griffin, the village’s sole pub.

“There’s a cold intimacy to this place and the brothers have drawn me closer to its dark, disturbed heart, They had me from the start, Jake with his beauty and that clever, careful mind, Eddie with his arrogance that gets me right in the groin. Even now, I don’t know who I prefer.  I’m split between them, relishing both but trusting neither. Lust has taken me to some strange places but none stranger than this.”

If you’re someone who likes to cosy up with a book full of bad weather, creepy dealings and hot, kinky sex, you might enjoy Split. If escapist sunny beaches, sunny dispositions and happy ever afters are your thing, then I recommend you stay well away.