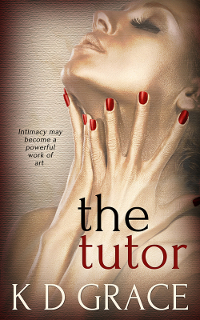 He was no longer avoiding her gaze. His eyes were locked on her, and he was struggling to keep them on her face, she knew that; she understood the urge for him to drop his eyes to the place of which she spoke, the place with which she was so intimate, the place that couldn’t help but respond to the topic, to the situation, to the strange intimacy they had shared almost since the moment they’d met. “You can look, if you want,” she opened her legs so that he could see the place in between clothed in black denim, completely disguised and yet so very obvious. “And I’ll look at you too,” she nodded down to his own jeans straining to contain him already. “It’s what men and woman are naturally inclined to do when there’s a sexual attraction.”

“What do you like?” His words were a labored rasp against the back of his throat, and Kelly found herself stunned by the question, and way more aroused than she wanted to be. He shouldn’t have asked. She should have answered. But she did.

“I was amazed at how well the author fanned the flames without the characters even touching. From well-detailed interactions to the steamy interludes, this is a story that is blazing hot.” 5 out of 5, The Romance Reviews

“Between helping each other, find themselves, exposing secrets and of course, some seriously steamy steamy situations, I fell hard for these characters. It’s really hard not to. Each one has their own secrets and darkness, but they learn from each other and feed off that. As much as this book is steamy and sexual, it’s just as emotionally driven. Yes, I shed a few tears, but they were happy ones.” 4 out of 5, The Jeep Diva