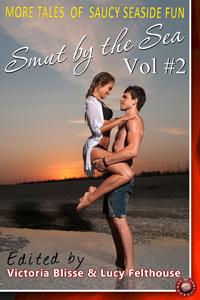 A Hearty Salute to Uniform Behaviour 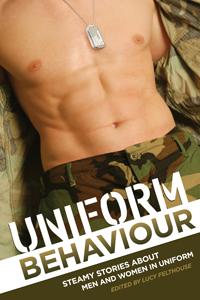 Uniform Behaviour: Steamy Stories about Men and Women in Uniform may be Lucy Felthouse’s first attempt at editing an anthology, but wow, I hope it’s not her last! From the first scorching paragraphs of Fireman’s Lift to the last smoldering encounter with a drill sergeant who knows how to handle a recruit with a smart mouth, Uniform Behaviour doesn’t disappoint.

This anthology is a regular treasure trove of sometimes funny, sometimes poignant, sometimes romantic, but always sexy stories for those of us who are turned on by men and women in uniform, and aren’t we all? There are very dirty cleaning ladies and waiters who serve up a lot more than bubbly. There are priests and policemen. There are pilots of starships and security guards. There are cruise ship stewards and palace guards and a whole lot more.

Lucy has chosen beautifully crafted, imaginative stories by some of erotica’s best writers – some are veterans, some are new, but all know their way around a hot tale. Uniform Behaviour has a whole wardrobe full of delicious uniforms to choose from along with the sexy characters who know just how to wear them, and take them off.

In addition to the fact tha Uniform Behaviour is a guaranteed steamy experience for the reader, Lucy Felthouse has put together this fabulous anthology with an added bonus, a portions of the proceeds from Uniform Behaviour go to support the UK charity, Help for Heroes,  which helps those wounded in current conflict. If ever there was a anthology that pushes all the right buttons, Uniform Behaviour does. A must read!