With Valentine’s Day fast approaching, who else would be at the vanguard of the sexy, romantic, huggy, kissy, chocolates-and-roses celebration of love and lust but the fabulous team over at Blisse Kiss! Those lovers of love and connoisseurs of the kiss, Victoria and Mitnik have another fun celebration of the sexy snog. All you have to do for your chance to win Valentine yumminess is visit all the sites listed at blissekiss.co.uk and work out the password from the clues given on all the smooch bears. And the prize! A fabulous print book bundle. And yet another prize! eBooks and to spare! To win the eBooks you simply need to add up all the numbers on the smooch bears in each post and then follow the instructions on blissekiss.co.uk for what to do next.

Now here’s a hot snog from Kinky Boots to send you on you smoochy way. 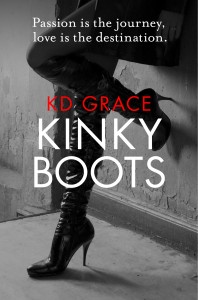 Everything in her went warm and liquid. Her breath caught at the feel of the leather as he guided the boot up over her heel. ‘I’ve never felt anything so soft,’ she said. ‘And they’re so pretty.’

‘Shoes should be a sensual experience,’ he said moving his large hands up to cup her calf while he settled the boot into place. Then his agile fingers began to work the laces, plucking at them, caressing them, stroking them almost as though he were making music on them, like they were some exotic stringed instrument of leather and lace. And though she couldn’t quite hear the melody, she felt the reverberation of his plucking and threading beneath the hem of the short skirt and all the way up into her warming panties.

It took her a second to realise he was responding to her response. God, was she actually moaning? And please, surely she wasn’t grinding her bottom against the chintz. The blush flashed hot across her chest, but then instead of heading for her face, it headed south, settling against her clit with a heated, unexpected nip. And her moan became a yelp, just a tiny one, but a yelp nonetheless. She would have apologized, she would have died of embarrassment and fallen completely through the chair, but he was already working on the other boot, strategically sitting between her legs, breath slightly accelerated, and … Surely she was mistaken. But as he shifted to cup her calf and smooth the second boot against her leg, there was no disguising the erection growing inside the front of his jeans.

Everything below her waist clenched in appreciation, and she felt the heavy tingle of excitement up high between her thighs. The urge to rip aside the scrap of denim that was her skirt and the bit of satin that was her knickers, the urge to focus his attention somewhere far removed from her feet nearly took her breath away. ‘You like your work,’ she managed, not actually looking at his crotch, but not actually looking away from it either.

‘Very much,’ he said, working the laces through his nimble fingers, making no attempt to hide his boner.

Was it her imagination or could she actually smell him now? It was not deodorant, not soap, that she smelled but maleness. It was like baked bread and desert heat with some moist thick base note that she felt at the back of her throat rather than smelled. It made her hold her mouth slightly open to take in the fullness of his scent, like a cat taking in the scent of a rival or a possible mate.

Was it her imagination, or could she actually feel his breath against the place where her thighs rested on the chair, teasing just at the edge of her skirt. The growing warmth she now felt in her knickers was definitely not her imagination.

For a moment she closed her eyes, shutting out the precision movements of his fingers and the view of his body hunched almost protectively between her legs. Then she allowed herself to take in the picture of him that her other senses were painting so exquisitely. She heard the catch and slide of his breath, felt the velvet flutter of it raising goose flesh on the soft skin of her inner thighs. She inhaled the complex olfactory portrait of him, the scent emanating from his arm pits, his pulse points and the place where his cock strained in its tight confinement. She could feel his skin on hers as his fingers brushed her calf. It all created a picture of him almost as vivid as the one she had seen.

She opened her eyes just in time to watch him carefully, precisely, rhythmically tie the bow in the lace of the second boot. And as he tugged the looped ends snug against the knot, she felt a ripple up both legs that accelerated and intensified as it raced up between her thighs. It continued along her spine flashing red hot behind her eyes, leaving a plum coloured after-image of the clerk’s engrossed face.

She yelped and jerked in the chair, and the vertebrae in her neck pop. ‘Did you feel that?’ She was a hairs breadth away from tumbling into orgasm, and the man had done nothing more than lace her boots. He nodded, holding her gaze. His pupils were dilated, his breathing was fast. For a second neither of them moved. Time itself didn’t even move, like everything was holding its breath, like everything was waiting, just barely able to contain the anticipation, the excitement.

Then the world exploded back into real time, and she shoved her way out of the chair and onto the clerk who was still settled on his knees between her legs. He tumbled backward against the floor with a guttural sound somewhere between a groan and a growl just managing to adjust his position as she ground her way onto his lap, straddling his groin. The skirt had ridden up over her hips, and the crotch of her panties was the only thing preventing her bare ache against the tell-tale bulge in his jeans. 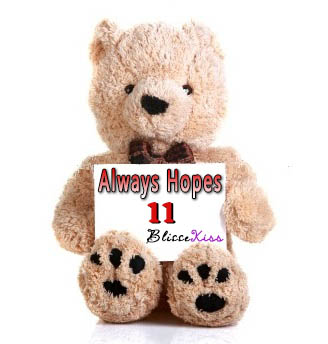 Before he could say anything, she took his mouth in a clash of lips and teeth and tongue. He was more than accommodating, tongue darting, lips tugging in an effort that quickly escaped the confines of her mouth to nibble down over her jaw and wage a humid, ticklish assault on her nape, every nip of which she felt between her legs. He made quick work of her buttons, then shoved her blouse open and slid a bra strap aside to lift her right breast free to his cupping and kneading, free to be ravaged by his very expressive mouth. ‘I shouldn’t be doing this,’ he whispered against her breast. ‘Not during working hours.’

‘But I need you,’ she said, then gasped and shuddered as he bit her nipple. ‘I’ll never make it back home like this. Don’t force me to take care of myself in an alley’

‘I’m supposed to be selling shoes, not fucking my customers.’

‘You are selling shoes.’ She wriggled her toes in her boots. ‘See. And who says we have to fuck?’

He offered a wicked chuckle, then rolled with her, and when he was on top, he lifted her legs around his hips so that his still-clothed erection raked between her still- pantied swell. ‘You’re absolutely right. We don’t have to fuck,’ he said, looking down at her with his ocean changeable eyes. ‘I always try to satisfy my customers.’ Then he shifted his hips until his girth ploughed a trough right in between the spread of her, pressing her panties tightly into her heat, the fabric binding with a little hitch right against the swell of her clit as he ground and thrust.

4 Responses to “Smooch Your Way to Blisse Kiss Valentine Yumminess”