As promised, I’m very excited to introduce Chris Unity Bowness’s first Consenting Adults post. Chris has agreed to make Consenting Adults a regular feature for A Hopeful Romantic, and it’s a pleasure to welcome him onboard.

Real Sex: Let’s Get Positive
I love sex…whether it’s engaging in it; researching it; talking or writing about it or mentoring others in exploring it. Let’s face it sex is the best most pleasurable thing one, two or even more consenting adults can do.

How often do you hear those opening 3 words spoken in the same context as I love cooking; I love music; I love mountain climbing…followed by a discussion on why that person loves it? All of our hobbies and activities give us much pleasure and enjoyment; people not only like to indulge in telling people why they enjoy them but others like to hear them passionately talk about their pleasures too. However, it seems the discussion of sex is a pleasure that must not speak it’s name. So is the discussion of sex off bounds; how did we get to this point and, more importantly, how do we get out of it?

The Sexual Revolution has been a long challenging fight which has largely gone unrecorded and even skewed to suit the message being conveyed. The history of Sexual Revolution is greatly fragmented and is often charted largely through the history of law and records of trials but even this then has it’s slant on it. However, in recent times sexual exploration has faced a trial by media.

There is a current trend in the media of demonising sex further with the new phenomenon of the ‘pornification’ of society. It seems we have become numb to the word ‘sexualisation.’ We needed something more shocking to degrade sex further. This new media label gives the impression sex has sunk to a level which has left us disengaged with the people we’re doing it with and only interested in the activity. In reality the only danger to society and our enjoyment of sex is the little positive discussion we’re having about it, we are leaving it to the marketeers, media and pop culture to define our views of real sex. The biggest dangers to us fully enjoying the pleasures of intimacy and the sex we deserve is the vilification and demonisation of sex through the media and how that filters through to society as a whole. This then perpetuates our own in built guilt keeping us from enjoying and indulging in a pleasure unmatched by anything and further reflecting it onto others; in the end we only have ourselves we have to blame.

“We are all born sexual creatures, thank god, but it’s a pity so many people despise and crush this natural gift.”
Marilyn Monroe.

Reclaiming sex
The recent vote in the house of commons , in the U.K., to allow gay marriage was another massive step in the fight for sexual freedom and although there is a long road to go down the massive majority vote in favour of allowing this shows there is a sea of change in attitudes towards sexuality as a whole or does it?

The fight for sexual freedom is as important as gender equality or racial equality both of which in some way have included their own stance when it comes to sexuality. However, sections of the media are constantly using sex to negatively define anyone outside monogamous baby making sexual relationships. I have recently read a few of articles questioning if the success of 50 Shades and a cultural change in fashion and art of a bondage and bdsm influence has created a culture whereby people have become more disengaged from sex and the people they are having it with. Since the early humans drew sexual acts on cave walls art and life have imitated each other; one being influenced by the other; each one pushing the boundaries and in turn allowing each one to be freer in their expression and experimentation.

Then there are the trials by media, firstly celebrities who are caught out by the papers in stings or kiss and tell stories which seem to set about making normal consensual adult sexual activities the issue rather than it being about trust. Furthermore, there is the more dangerous trial by media of people in stories and cases who are supposedly guilty because of the sexual activities or relationships they engage in. In the recent case of Mick Philpotts, for example, the BBC decided to label him a polygamist and in a polyamorous relationship thereby setting in stone a psuedocriminalisation of anyone else who lives this way. Each time these stories make us all a little more fearful of our relationship choices and how we choose to enjoy sex, eventually making us less likely to express and discuss real life everyday legal and consensual sexual activities.

“We live in a world where we have to hide to make love, while violence is practiced in broad
daylight.” John Lennon 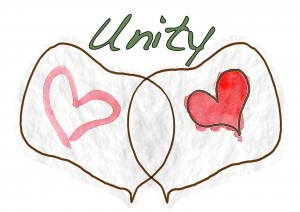 Power to the people
In reality it is obvious many others love sex too. There is an overwhelming theme in the correspondence I receive which all centre around the thirst for more real sex positivity through wanting to share tales of euphoric bliss or the things that can go wrong — accidents, laughs, mistakes or getting (nearly) caught — all real things that people are thirsty to share with others but are afraid to. People confide these events with me quite openly because they know they won’t be judged or defined by their activities and in doing so can indulge that need we all have in sharing these events with others.

In order to reclaim sex we all need to be a little bit more open about real sex and Consenting Adults is the start. Actually taking the leap and being that person who people can come to about sex, knowing they won’t be judged and being able to communicate about real sex positively is a great start. To get to that point though we need to break the cycle of defining ourselves and each other through the sexual activities we indulge in, fantasise about or discover through our exploration of relationships and pleasure. Only then can we get talking and sharing the experiences we desperately want to share with others in the same way we do when we make a great cake or achieve any other of life’s wondrous feats. But also in our failings we can help show that sex is real, isn’t perfect but can still be pleasurable and make us all connect better and feel more human.

My hope for Consenting Adults through this column and the online magazine you can find at www.bit.ly/ConsentingAdults is that it will be the tool to opening up conversation and breaking down the barriers of relationships and sex exploration and show that behind these stories and articles of real sex are fantastic, caring, brilliant and beautiful people who walk amongst us everyday thus dispelling the negative definitions and helping us all feel more comfortable talking about these subjects. Hopefully sharing this column with others can help us all start that conversation and get us reclaiming sex.

Finally, ‘legal and consensual’ there I’ve said it so everything is now ok…it seems that sex and relationships are the only subject this phrase has to be added to when we want an open honest discussion of real sex and that if it’s not you’re automatically suggesting something which is either illegal or nonconsensual. When people talk of sex whether online or in the real world there seems to be weird phenomenon that occurs whereby such discussions are defaulted to implying illegal or non consential activities until that phrase is uttered. From bloggers to writers to sex therapists and educators we all need to create a new paradigm whereby the legal and consensual status of positive, enjoyable exploritive pleasure is implied by definition. This is part
of the reason I chose the title Consenting Adults ensuring that in all discussions and articles this never needs to be added unless, as in the case of this article, it’s in context.