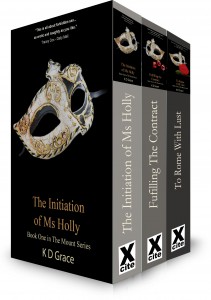 The Mount Series: All three novels all wrapped up for Valentine’s Day in one sizzling hot bundle! 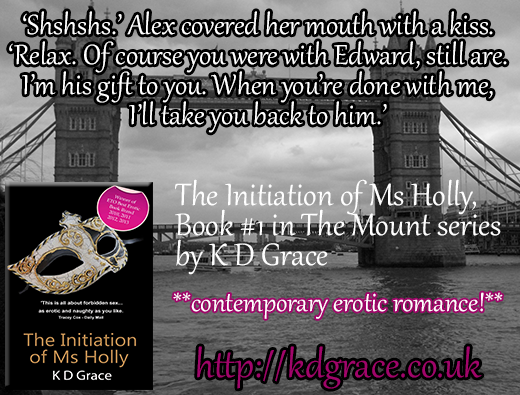 The Initiation of Ms Holly, Book 1 of The Mount Series:

Journalist, Rita Holly, never dreamed sex with the mysterious Edward in the dark of a malfunctioning train would lead
to a blindfolded, champagne-drenched tango, a spanking by a butch waitress, and an offer of initiation into the exclusive mysteries of The Mount. Desperate to save her threatened job, she agrees, scheming secretly to write an inside exposé on the club that will make her career. But as she delves deeper into the intrigue of The Mount and the lives of its members, she soon discovers that her heart may have other plans. 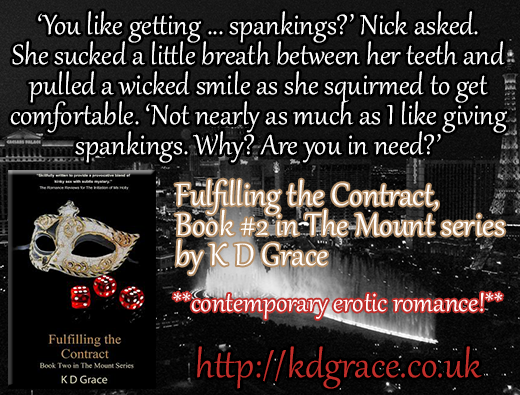 Fulfilling the Contract, Book 2 of The Mount Series:

Limo driver, NICK CHASE’s bad night gets worse when he picks up TANYA POVIC at a bar only to discover the explosive sex they share lands her in breach of her very strange contract. Blaming himself that Tanya will lose the large
completion bonus earmarked for her mother’s surgery, Nick negotiates with her boss, the tough and mysterious ELSA CRANE, to allow him to fulfill Tanya’s contract and secure her bonus. 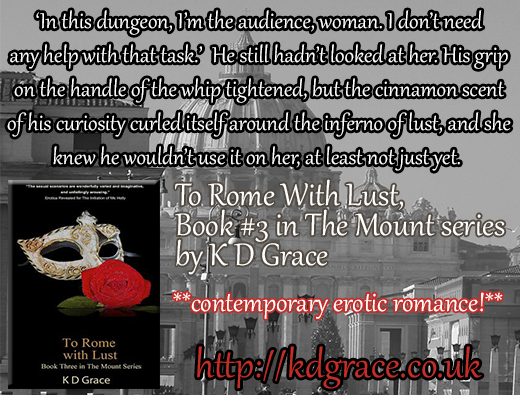 To Rome with Lust, Book 3 of The Mount Series:

One Response to “Now Available! The Mount Box Set Just in Time for Valentine’s Day!”