It’s my pleasure to welcome back the delicious Lexie Bay. I’ve had the privilege of being in several anthologies with Lexie, and it’s always an honour.  Once again we’re in between the covers together in the fabulous anthology, Smut By the Sea, edited by that dynamic duo, Lucy Felthouse and Victoria Blisse. Lexie is here to share the story behind her story, Last Chance Summer. Take it away, Lexie!

Hi KD, thanks for having me over today to talk about my latest story which appears in Smut By The Sea. 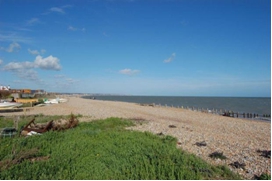 I’ve lived by the sea for eleven years now, moving down here after my eldest was born and I spent just under a year living right on the beach in Pevensey Bay not so long ago. There’s something incredible about waking up in the morning and gazing out onto that vast expanse of water. It makes you feel like anything is possible, that you could go anywhere and do anything. Even now I only have to catch sight of the sea between the downs as I’m heading to work in the mornings and it lifts my spirits. It makes me think of faraway places and unexpected adventures.

I based Last Chance Summer in Pevensey Bay not just because I know it so well but because it’s got that small fishing village feel but without the bleakness of some coastal resorts. You don’t get the feeling that everyone is desperate to leave the Bay, instead it’s a fun place to be and Jessie loves living there.

I wanted to give you a little tour of the place to set the scene for the story. For such a tiny village, Pevensey Bay has more pubs in the space of about half a mile than some cities, but The Beach Tavern, where my two main characters Jessie and Tommy meet for a drink is my favourite. I even included the lovely landlord Stephan in my story as he’s my biggest promoter in the Bay, so thanks honey and if anyone is ever in town, head straight down here for a very warm welcome! Here’s a picture so that you can get an idea of how big the village is. This is the main road running through it, not far from the rec where Jessie meets Tommy at the fair and just around the bend from the café where Jessie’s friend Danni works. 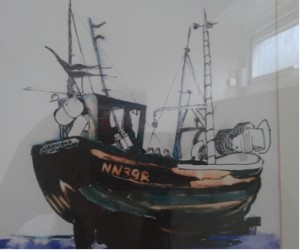 Another key element of my story is the old fishing boat Scratcher, a local landmark on the beach. I don’t think the locals would approve of what Jessie and Tommy get up to while they’re there, but I’ve always thought it would be an excellent place to hide away on the beach for a little bit of kinky fun! Here’s a picture (painted by my super talented artist mum, Rory Drysdale) so you can see Scratcher for yourself.

Anyway I hope that I’ve given you a little bit of insight into my character’s life and the village where she lives. I love it here and if you’re ever down this way, you can visit all of Jessie’s favourite places too!

So back to the actual story! Last Chance Summer is based right in the middle of one of those heat waves we used to get in England back when we had snow in the winter and sun in the summer; before this all year round drizzle we get nowadays! Jessie is looking for adventure and Tommy is looking for a good time. They meet amongst the bright lights and sweet smells of the fun fair and neither can deny the spark between them. It all leads to a summer that will stay with Jessie for a very long time. I’ve included a little teaser for you, so enjoy and maybe I’ll see you down the Beach Tavern for a pint of local ale. I can’t promise a personal visit to Scratcher though 😉 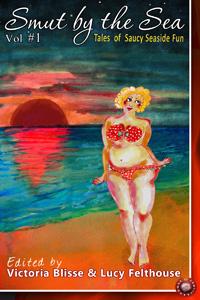 Jessie has lived in the tiny fishing village of Pevensey Bay all her life and is about to move to London after finishing university. She’s at home for the summer and knows that this is likely to be the last time she has six weeks stretching ahead of her with all the endless possibilities that come with it. Not wanting to waste a second of it, when the fun fair comes to town, she meets Tommy and embarks on a summer fling that leads to an adventure she’ll never forget.

Available from:
Amazon UK
Amazon US
All Romance eBooks

Of course we arrive at the Rec way before the fair opens. Danni has brought snacks and we munch through a bar of chocolate and a bag of salt and vinegar crisps, watching as they carry out all the last minute checks.

“Do ya wanna test some of the rides for us, ladies?” a big Irish sounding guy shouts over to us. We look over at him and then at each other. Danni mouths the word “hottie” at me and giggles.

“Ah, come on, it’s perfectly safe and it’s all for free. Sure, you’ll be doing me a favour; me Da will be on me case if I don’t get these going.”

“C’mon,” Danni hisses, “you won’t get a better offer than that! Even I have to admit that one’s cute.”

We stand up and walk over to where he’s grinning at us. I can’t help but stare at him. He’s even hotter than I hoped for. Think a young Gerard Butler with a hint of Brad Pitt in Snatch. His hair is dark and messy, long enough to touch the top of his sexy white t-shirt and his blue eyes are sparkling as he looks us up and down.

“I’m guessing you like the funfair?” he laughs. “You’ve been sitting waiting for ages and we’ve still got another 40 minutes til we open.”

I nod suddenly tongue-tied. He’s gorgeous and I can feel myself blushing from my toes to my cheeks. His biceps are bulging out of his vest, his jeans slung low on his hips and oh my God he’s wearing cowboy boots. I think I might come on the spot.

“Well come on pretty ladies, hop on and let’s make sure all the nuts and bolts are tight before we open the gates.”

He takes my hand as he helps us into the bucket seat of the Waltzer. “This is my ride,” he grins, “I helped me brothers put it together yesterday so you’re putting your lives into me hands here.” I’m so busy enjoying the warmth of his grip that I forget to speak. Danni nudges me and frowns.

“Did it take you long?” I ask fluttering my eyelashes at him, squeezing his hand as I step into the car. I smile as he watches me, his eyes drawn to my boobs spilling out of my tight t-shirt and the way my hot pants tighten around my tanned thighs as I sit down.

“I’ll bet you do,” I murmur, my gaze lingering on his full lips, imagining how they would feel all over my naked body.

He winks at me and drops the bar, moving round behind us. “I hope you like to spin, girls, I have a feeling this is going to be a wild ride.”

I’m oblivious to anything but the smell of him as he stands behind us and the lights flash across the roof of the ride. “Remember babe; scream if you wanna go faster!” He winks at me again and I finally get my flirt on. I blow him a kiss as he starts up the ride. He says something but his words are lost as the heavy bass line starts up and the ride begins to move.

I can feel the adrenaline rush almost immediately. This is where I’m happiest, amongst the grease, the bright lights and the pounding music. It’s such a turn on. Intermingled in all of the dirty, noisy chaos is the fresh scent of the sea, lending a magical twist to the whole thing, transporting us; reminding me of beach holidays abroad. I want to snog the face off this cute guy. I want to feel his tongue in my mouth, his body pressing against mine while the adrenaline pumps through my body. He’d be wild and crazy, not caring who saw us, claiming me as his and ravaging my willing body at every opportunity. The heady rush of the spinning ride is making me giddy and the tantalising flashes of his incredible arms as he spins us faster and faster are the ultimate turn on.

“Come on ladies, I wanna hear you scream.”

We squeal, almost unable to speak as he spins the car faster and faster.

“Ah come on now, is that it? I’m sure I can make you scream louder than that.”

I can hardly see him as we whirl past but I could swear he winks at me.

I would love for him to make me scream. I think he would make me moan and whimper too, his cock driving into me making every inch of my body scream for him. Fuck, my nipples are like bullets straining against my t-shirt as I imagine us together.

Danni screams as the music gets louder and he spins us even faster. She clutches my hand and I look over. She looks a bit green and I have to say I’m relieved when the ride finally slows and the music dies down. The Waltzer comes to a halt and he raises the bar.

“I think I’m gonna puke,” Danni mutters as he helps us out of the car, “back in a minute.”

She legs it over to the toilet block and disappears inside.

“Do ya think your mates OK?” he asks as he stares at me, his eyes dancing.

“Yeah, she’ll be fine, she always thinks she’s gonna throw up but she never does.”

We stand there, an awkward silence between us. I try desperately to think of something to say.

Lexie lives with her husband and two daughters on the south coast of England, and spends her days working as an accounts manager. She loves the adrenaline rush of the unexpected, craves peace to write every day, likes to lose herself in the realms of fantasy and has a thing for smells that take her back to her childhood.

You can find her stories in Uniform Behaviour and Seducing The Myth edited by Lucy Felthouse as well as in Immoral Views published by Kojo Black at Sweetmeats Press.

Filthy Fun Al Fresco, in which All Goes Swimmingly → ← The Fully-formed Birth of Vina Jackson