Filthy Fun Al Fresco, in which All Goes Swimmingly

In honour of the summer we almost had this year in Britain, here’s the second installment to my filthy fun al fresco extravaganza, K D style. The great outdoors has always inspired me to write all manner of naughtiness. And nothing is more deliciously naughty in the summer heat that a little skinny dipping, especially when it’s done with just the right companion. This hot little excerpt is from my Mischief novella, Surrogates. Enjoy the heat.  And the wet. 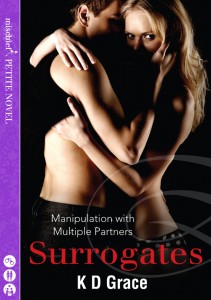 Simon yanked his mobile from his pocket, and Francie came to his side. ‘Is it from Dan?’ she asked.

She didn’t reply, only sat there without looking at him.

‘I can’t make it tomorrow. I’m in Guildford all day.’ He could smell her, like he could smell lavender in a garden at high summer long before he could see it. The smell of her sex he had memorized from the very first time he held her in his arms, but the rest of her scent had unfolded itself to him more slowly. The smell of outdoors was always on her, the smell of earth, the smell of clean female sweat. All of it, the whole of her, the rise and fall of her breasts as she breathed, the cadence of her breath, the heat radiating from her body, all of those things, settled around him tight-fitting and raw. ‘I need to go,’ he said again, resting a hand on the curve of her shoulder. 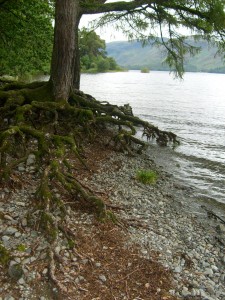