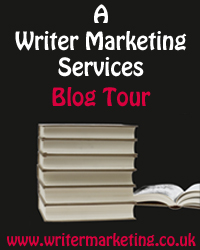 Thanks so much for K D hosting me today. We’re going to play a quick round of Mardi Gras trivia. Yes, I know, we’re already past the season, but since it’s over you’re brain cells should be working even better. What? You didn’t give up alcohol? Hmmm, maybe that’s the first question!

1) What Catholic tradition does Mardi Gras fall before?

Fat Tuesday, the final day of Mardi Gras, falls right before the beginning of Lent. On the following day Ash Wednesday, Catholics traditionally give up something for the Easter season. So think of it as the last hurrah before temperance sets in.

2) What color is normally not associated with Mardi Gras: Purple, Gold, Orange or Green?

The answer would be Orange!

3) Is Mardi Gras only celebrated in New Orleans?

No way! I’ve heard of some awesome extravaganzas in Missouri and Austin, Texas. While the soul is in New Orleans, the heart is spread out all over the world.

4) What does the “baby” represent in a King Cake?

5) What’s with those beads anyway?

Ah, in Mirabella’s Mardi Gras Ménage, they play with beads a little bit different way (no spoilers). In reality, according to Craig Thomburrow, the plastic beads may be gaudy, but they represent “the jewelry worn by royalty.”

Hope you enjoyed this bit of trivia! 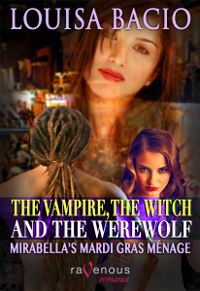 Available via Ravenous Romance, Amazon, Barnes & Noble and other eRetailers. 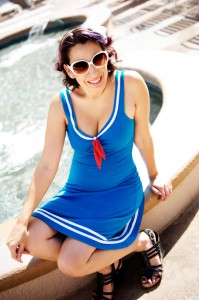 Drop in for a visit at

Thanks so much for having me here today.

Giveaway: A .pdf of a book from my backlist. Leave a comment with a valid email address, and you’ll be entered to win.

Tour-wide: A $20 gift certificate to an online book retailer. Use the Rafflecopter to enter.