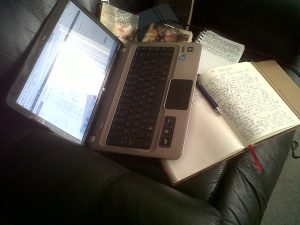 It’s crazy times at Grace Manor right now. Yup! You guessed it. I’m finishing up Blind-Sided, the sequel to In The Flesh. I’m at the “runaway train” part of the writing when the novel not only takes on a life of its own, but takes over  my life as well. I’m at that mad rush to the end in which my mind is on one thing and one thing only — finishing the book. Right now I’m eating, sleeping, and breathing Blind-Sided. My world has been reduced to the dilemmas of my characters and my efforts to gett them to the end of the novel in one piece with, at the very least some, HFN. Everything else falls by the wayside until I write those two magical words THE END.

Well, actually, that’s not the end, because then I’m bereft, but this year, I have NaNoWriMo and another novel waiting in the wings to help me through the empty nest period. In the meantime, if you’ve been noticing my absence on social media and wondering if I’ve fallen off the planet, I haven’t. And since you’re all so patient and lovely, I thought I might share just a little bit of Blind-Sided.

Please remember this is a work in progress. It’s the author’s equivalent of sharing the sonogram of the new baby. And yes it’s a girl! And a boy! And a demon and a vampire and … well you get the picture. Enjoy!

Susan was running, being chased by Cyrus, his axe raised above his head ready to split her in half. He was gaining on her with every step. “It will do you no good, Scribe. Your angel is dead. Your vampire is dead. Your human is dead and the bitch, Magda Gardener, is captive where she belongs, to service the one she has wronged for all eternity. And you! You will serve him too, but you won’t be required to spread your legs for him like she will.” He roared with laughter, “Or perhaps he will require that of you too. Perhaps he might even give me the honors. But you, little Scribe, you will write the future world order, under his command.”

She stopped dead and closed her eyes. Better the axe than the future he painted, the future she would be forced to write. She waited for the blade to fall.

“There is no axe, my darling. Dreams are often filled with lies and deceit, the things we most fear, perhaps fear even too much to contemplate when we traverse the waking world.”

She opened her eyes with a start and found herself in the Guardian’s prison, which was much more like a garden 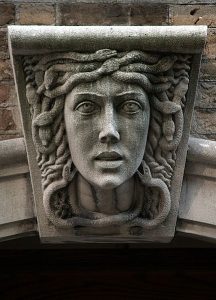 this time. He chuckled softly. “I am, perhaps, influenced in my decorating by quality time spent with Reese Chambers.”

She smiled in spite of herself. “You could do worse than be influenced by him.”

“As far as humans go, he is, indeed a jewel, as you say. A pity human life is so very brief. I can scarce imagine how one such as he would evolve given a millennia or two.”

“Sometimes a deadline is a good thing. Humans tend to do their best work under pressure,”

“That is true. Time on one’s hands can, indeed, be an unwelcome curse. One does things … things one would not ordinarily do, when one is bored. Things one would regret, if one had an understanding of the transience of the moment.”

“Ah, I didn’t know you were a philosopher too,” she said, half wondering why she was in pleasant conversation with the bastard, but then it did beat the hell out of being locked in a nightmare with Cyrus and his axe.

The Guardian chuckled. “I shall take that as a compliment, my dear Susan, a thing to be treasured in our … interesting relationship.”

It was only then that she realized where he was. He lay spooned against her back, gently stroking her hair. Her insides tightened in a strange combination of fear and pleasure – fear that the pleasure she felt would lead back to the obsession that had nearly destroyed all their lives.

“That will not, my darling Susan. My desire is but to comfort you and to lend what aid I can to your healing.”

In truth, his touch was making her feel better, but then that could have been just the suggestion of it, just the fact that she was dreaming it so. She lay quietly in his arms savoring his touch, thinking that perhaps she shouldn’t, and yet her doubts were not enough to compel her to action. It was a pressure in her chest, just beneath her sternum that she recognized as his desire to ask something either he feared would make her uncomfortable or he feared her response to. For a moment she wondered how she knew that. She had no memory of them discussing it. “What’s on your mind?” She asked. “You have a question, I can feel it.”

“Why did you not call upon me in the time of your great danger? You left me little choice but to seek out Reese Chambers and to simply battle for our lives. If you would have but called on me, I could have done so much more.”

“I didn’t think about it,” she replied. “I suppose because up until all that has happened with Cyrus, and especially 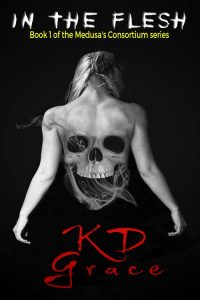 because I was a bit frightened by what happened at the Dark Side bar three months ago, I didn’t trust you.”

“You may trust me, Susan. You are the possessor of my being, and your body is my home. While it is true that it is also my prison, to be without it would be untenable.”

“Oh don’t you worry, I will most definitely call upon you the next time.” And she was as sure as she was of her own name that there would be a next time. She shuddered and pushed back against the Guardian’s warmth and found him hard. She froze. “Please don’t,” she whispered. “Please don’t ruin it.”

“I am sorry. It was unintentional. I am after all a male.” Before she could respond, he said. “I will leave you.” And she felt the sudden cold of his absence. Shortly after that she woke to find Reese sitting by her bedside holding her hand.