Out Now! A Harmless Little Game (The Harmless Series) by Meli Raine (@meliraineauthor) 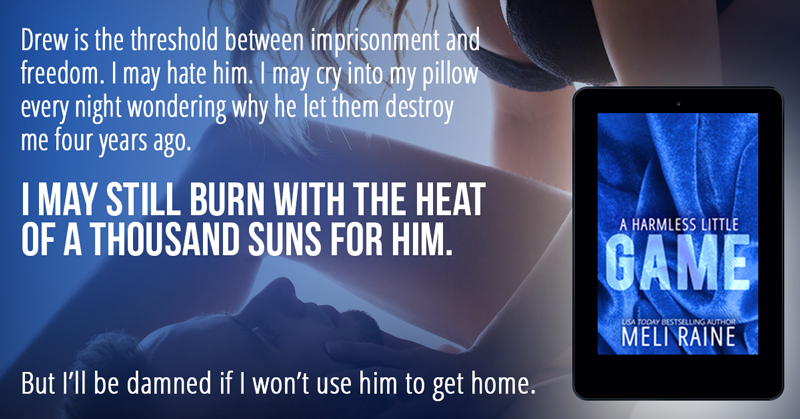 Four years ago I lost my virginity on live, streaming television.

Too bad I wasn’t awake for it.

The video went viral. Of course it would. A Senator’s daughter on camera? Wouldn’t you click “share”? Besides, that’s what three of the four guys in the video did.

But that fourth guy? The nondescript one in the background in the upper left corner of the screen, just sitting on the couch? The only one who did nothing?

Not one single thing.

That was my boyfriend, Drew.

And that was the last time I saw him.

Until today, when my father—now on a path to the White House—hired him as head of security for my new team as I return home after four years of “recovering” in an undisclosed location that involved white lab coats, needles, pills and damage control.

You see, the other three guys never went to jail. Never had charges pressed. 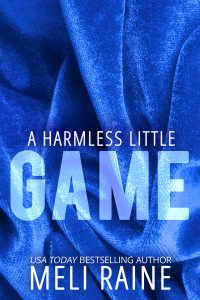 A Harmless Little Game is the first in this political thriller/romantic suspense trilogy by USA Today bestselling author Meli Raine. This series includes: 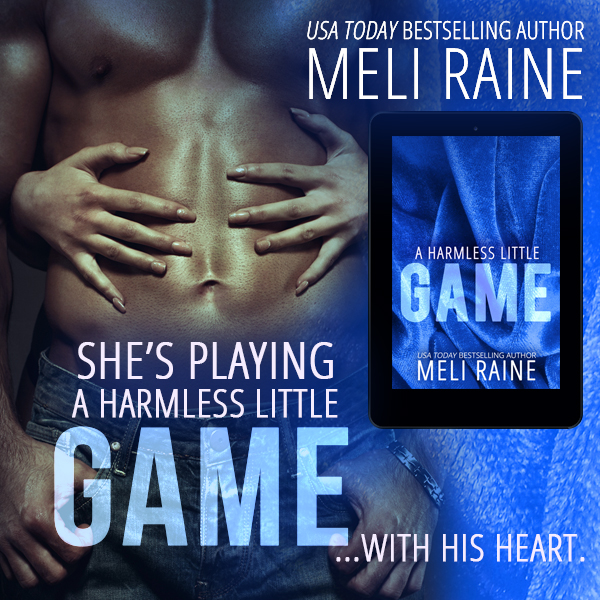 “I’m sorry,” he says. My ear is pressed against his broad, hard chest. I feel the words more than I hear them. The vibration and cadence make it clear he’s apologizing. Heat radiates off him like he’s the sun and I’m in his orbit.

I break away. I’m not his moon.

“You should be sorry,” I snap, marching toward my destination, fighting the soft ground. I don’t want to talk to him. I don’t want to do this. Not now.Definitely not right now. I haven’t seen him for four years. Four long, painful, horrible years. More than 1,400 days of waking every morning knowing I wasn’t with him. Knowing he sat there that night and did nothing while three men raped me. Degraded me. Used and abused me and enjoyed it.

My body goes into a full-blown supernova, skin on fire at the thought. My rage cannot be contained by a mere mortal body.

I turn around. He’s right there, following me.

“Go the fuck away, Drew. I told you. I hate your guts. Leave me alone.”

At least, I think that’s what I say. My mind can’t process words and thoughts right now. I am fixated on the red door at the back entrance of the house, the sprawling mansion that is the only home I’ve ever known, aside from Daddy’s townhome in Washington D.C. If I can make it to that red door without Drew touching me, if I can make it to my bedroom and to my medications where I can take enough to fall asleep, maybe I can get my brain to work again.

And stop the flood of emotions that are making me crazy.