The other day, I overheard someone say, ‘my mind is occupied.’ And I had one of those ‘Aha’ moments that happen when I suddenly see meaning in a 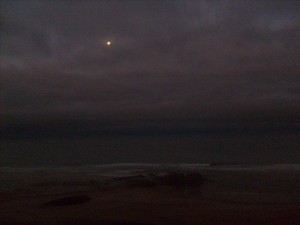 word, meaning that’s always been there, but somehow I missed. Then Friday night, while channel surfing over a bottle of wine and some chocolate, Raymond and I happened upon the 1998 film, Fallen, starring Denzel Washington. Fallen is a film about a demon who occupies people for his malevolent agenda and passes himself on from person to person by touch. And there it was again, that amazing concept of occupation.  Okay, in the case of a nasty demon, the word used is usually possession, but the two words are synonymous in many ways.

I suppose with the occupation of Wall Street and all of the other occupations going on, and with high unemployment causing the loss of occupation, the word was already in my mind in an unconscious sort of way. But I’ve never really thought about what it means to have my mind occupied. What happens when my mind is occupied, and who’s doing the occupying? Surely the occupied mind implies that someone is there other than me, someone who has taken up residence and is now in the driver’s seat, focusing me, perhaps in a way that my unoccupied mind would not be able to focus.

Socrates spoke of the inner voice, what he called the daemon, the ‘inner oracle’ that guided him. For the Greeks, the daemon was an entity somewhere between mortal and god. In his Dark Materials Trilogy, Phillip Pullman manifests those inner oracles in the outer world and embodies his daemons in animal form.

Carl Jung believed each of us is two different entities, two different selves. He believed there was our public persona, the part of us we show to the world, and there was the mysterious, hidden realm of the second self, the self that was more at home with the mystical, more connected with the divine. For Jung, the life journey was one of integrating those two selves.

I can’t help thinking that Socrates’s daemon, Jung’s second self could be just other names for the writer’s muse.

That brings me back to ‘occupy.’ Even in the free online dictionary, all the definitions for ‘occupy’ gave me more food for thought about the occupied mind. 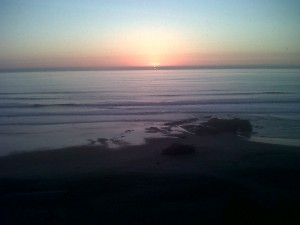 As I think about the unoccupied mind – if there even is such a thing, I think about the blank piece of paper or the blank monitor we writers face each time we settle in to write a story. There’s a passivity implied before occupation can happen, an emptiness. The dictionary defines ‘occupy’ as seizing possession of and maintaining control over. Our word ‘occupy’ comes from the Latin, occupare, to seize. There’s no denying that conquest is implied. A country must be ripe for the takeover, weak, unable to defend itself. There has to be a void to fill. To me, it make sense that a mind must also reach some point of passivity to be ripe for the takeover.

But that doesn’t necessarily mean the mind is blank before it’s occupied. More than likely the mind was already occupied, or preoccupied.  When we’re ripe for the takeover, does the occupier come in and sweep out the detritus, the tyrants of busy-ness and lethargy, the sludge of self-doubt and procrastination? Is it a peaceful coup or a violent uprising? And how does the way the occupation of the mind come about effect what we, as writers, create when the occupier comes in, does a proper housecleaning, and takes over the controls?

An occupied mind is a beautiful thing to behold, even more beautiful to experience. And at those times when I’m fully taken over, I’m truly beside myself, watching with amazement while the occupier guides me.

When that happens then word, ‘occupy,’ takes on a new, active meaning. I become engaged, employed, with my full concentration on a task, and that task involves the writing of a story. Since I can’t really skirt the spiritual implications while talking about daemons and muses and the Self with a capital ‘S’, it seems appropriate to bring in that lovely word, ‘vocation,’ because vocation and occupation are so beautifully linked. Vocation, according to the dictionary, is a regular occupation, especially one for which a person is particularly suited or qualified. It is an inclination, as if in response to a summons, to undertake a certain kind of work, a calling.

An inclination, as if in response to a summons definitely sounds like a close encounter with the Muse to me. And it’s that close encounter that brings me to the final definition of occupy; to dwell or reside in, to hold or fill. The world I create, the characters I populate it with and the conflict I thrust upon those characters now all come rushing in en mass to fill up, to dwell in, to reside in my occupied mind, along with the Muse/Daemon/Self, who is at the controls. That, I would say, is a fully occupied mind, and every writer’s wet dream.

I could go on and on about the implications of occupation and vocation and daemons and the Self and Muses in the driver’s seat, but my mind is really 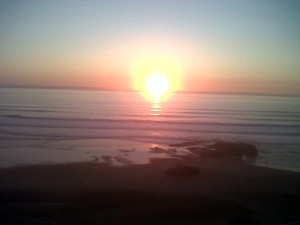 occupied with a novella at the moment. So if you’ll excuse me, I really need to get back there so I won’t miss anything because the occupation is just now getting really good and really messy.

Carl Jung saw symbols and rituals as containers for numinous power. It’s a small step from our need for ritual to the idea of sex as ritual. It infiltrates our myths, it permeates our literature, and it fills our fantasies. Many of the earliest religious rites were fertility rites involving either the sacred prostitute or the sacred couple whose sexual union insured abundant crops, cattle and children for another season. Certainly it’s not hard to see the ritualistic aspect of sex in the natural world. We’ve all watched birds or badgers or elephants going at it on nature programs. There are often complex courtship rituals before actual copulation.

Sex is the ultimate mystical experience. The closest we can get to a power beyond ourselves is the power within ourselves. I chose to write The Initiation of Ms Holly as a modern day retelling of the Psyche and Eros story with that in mind. In the Greek myth, Psyche must undergo ritualistic tasks before she is allowed to be with her lover Eros. In achieving these impossible tasks, Psyche so impresses the gods that they not only allow her to be with her lover, but grant her divinity as well.

In Greek mythology sex usually involves one of the gods, most often Zeus, coming down to earth and ‘seducing’ a mortal female, who then gives birth to a child destined to do great things. Sex as the representation of the creative force permeates the Greek myths. It’s there in the Christian myth as well, the child of divinity and humanity destined to save the world. Tragically the power of sex is omitted from the Christian myth.

More than a procreative force, sex is a creative force. Its ritual act allows us contact with the power, contact we can have no other way. But who controls the ritual? We’ve all seen lories transporting heavily reinforced tankers bearing CAUTION: HAZARDOUS MATERIALS signs in big red letters. We know a breech of containment would be disastrous. The purpose of ritual is to keep the power contained so we mortals can interact with it safely. Religions have always tried to control the rituals involving sex, to dictate with whom the act may occur, how, and even when it may take place. Property and inheritance rights depend on controlling women’s sexuality. Even the Facebook practice of unilaterally deleting sex positive pages is an effort to control sexuality.’

These days the ritual containers set in place by religious superstition and prejudice are being breeched. Those vessels can no longer contain and control sexuality in all its vibrant varied guises. The ritual is being taken out of the hands of institutions and reclaimed on a more individual, more personal level. That means the creative force of our sexuality is being freed in ways we could have hardly imagined a few years ago.

Yesterday was Coming Out Day. My Facebook page was full of well wishers and messages reassuring our young people that it gets better. Now more than ever there are safe places to learn about, understand and explore all aspects of our sexuality. And we are much less likely to settle for some ‘authority figure’ telling us what is sexually acceptable. Taking back the power is never easy. The journey is a long one, and we’re not there yet, but I’m delighted to say, I see reason to hope.