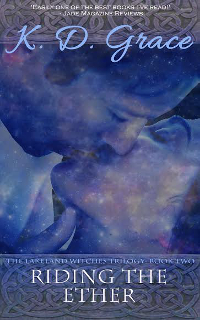 “…another breathless read from the library of K D Grace, she has a magnetic way of drawing us into her books and not being able to put it down till the last page… it’s a thrilling suspense and if you love paranormal erotica this trilogy is for you…” Midnight Boudoir

“…the book fairly scorches your fingertips while the story has you dying to know who prevails in the battle to outwit the demon. With suspense enough to bring you to the edge of your seat, and a solid mystery and evident teamwork from members in the coven this book will keep you turning pages to the end.” 5 out of 5, The Jeep Diva