Smut in the City: Sapphic Special Call for Submissions

It’s my pleasure to welcome the fabulous, multi-talented Kevin Mitnik to A Hopeful Romantic to talk about submissions for the SAPPHIC SPECIAL anthology he’s editing with Lucy Felthouse and to share with us a taste of smut, Mitnik style. Welcome, Kevin! 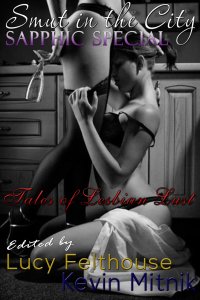 submissions, having to say No to some, Yes to others, being the bearer of good and bad news and then the hard work of putting those stories into a final book and releasing it upon the world.. It wasn’t an experience I was looking to repeat anytime soon.

So why am I doing it all again? It’s a bloody good question and if you figure out the answer do let me know, all I can say is  this time I’m not alone. I’m working with the wonderful Lucy Felthouse, and that in itself is a dream come true. Lucy is full of such energy and experience it’s hard not to get enthused by her drive and desire and so when the chance to do a Sapphic Special came about I had to jump at it.

I couldn’t believe it when I was then informed that I’d won, the story “Extra Lessons” was inspired by one of Katie K’s videos and all three ladies said they loved my story and it was a huge boost to my confidence, I’ve since written some more stories, with this One for the aforementioned anthology I’ll be co-editing my first submission and I just hope my co-editor accepts it for the finished anthology.

So get your submissions ready and join in the smutty fun.

…and time froze. For a second, maybe two. Bliss, Nirvana, Paradise found. The escape she craved so badly was revealed and her body shuddered wildly as the pleasure set off fireworks in every inch of her. She collapsed lifelessly onto the bed and finally remembered to breathe. It seemed like an age since she had last done so and she devoured the air greedily, filling her lungs once more as she slowly began to feel her body slipping into a post orgasmic state but her mind was still on fire, flooded with images and emotions as she lay gasping. She drifted to sleep and awoke alone, a note on the pillow explained things weren’t working out and she smiled as she vowed to embrace this new freedom and enjoy life once more.

It was Friday, so girls night out for the office girls at Hicks & Mortimer, part of her wanted to just run home and lose herself in some mindless telly she wasn’t in the mood to socialize right now but Tracey had caught her by the lifts and insisted she came along. She liked her, she was a ditzy secretary who most would think had the job on looks alone but Kelly knew there was more beneath the surface.

She took in Tracey’s outfit for the night her eyes lingered upon the generous cleavage, things had gotten so dull with her boyfriend that she had wondered more than a few times -when a pretty girl had caught her eye – if the grass was maybe greener on the other side?

But how does something like that happen? She couldn’t exactly just grab Tracey and snog her in the lift. No! She resolved that such a thing should just remain a fantasy but Kelly couldn’t resist a long lingering look at her arse as she followed her into the lift.

The club was only around the corner and she had followed Tracey’s arse all the way there. She didn’t know what had come over her and as soon as they had got past the bouncers and into the club she made her excuses and slipped off to the toilets. Splashing cold water on her face she tried to talk sense into herself. Looking deep into the mirror. Kelly sighed, she had beautiful eyes but now they looked so sad and dull, she felt warm air upon her neck which pulled her away from her thoughts as

Tracey whispered in her ear “I saw you checking out my arse, you’ve got a pretty juicy one yourself”

Kelly gasped as she felt a hand squeeze her bottom. She felt a flush upon her face, and was knocked speechless. In the mirror she could see Tracey’s cheeky grin and mischievous eyes over her shoulder.

Before she could find her words, Strong hands pulled at her hips leading her backwards into one of the stalls. No sooner had Kelly closed the door than she was spun around and pressed up against it, Tracey’s body trapped her against the door and her lips sought out Kelly’s with a wanton passion. Tracey mashed her lips against her captive, Kelly’s mind was ablaze. Every inch of her seemed to crackle with sexual energy, this beautiful women ground her body against her, and she eagerly gave herself over to this wild pursuit of pleasure. Tracey’s kiss was returned as eagerly as it was given while Kelly’s hands ran over Tracey’s back.

Due to the success of Smut in the City, Lucy Felthouse and Kevin Mitnik are pleased to announce that they’re putting together a spin-off anthology, with a Sapphic theme.

Smut in the City: Sapphic Edition will be a collection of lesbian erotica with an urban/city feel edited by Lucy Felthouse and Kevin Mitnik.

The Smut in the City: Sapphic Edition anthology will feature stories from a variety of genres, but they must have that overall “city” feel, either in location or style. Think sex in or around famous tourist attractions, on top of skyscrapers, on the underground or subway, in city centre fountains and so on. But be aware all of those examples have already been done in the original anthology, so be unique!

Read Smut by the Sea Volumes 1 and 2, Smut in the City and Smut Alfresco to get an idea of what we like. If you’d like some clarification before submitting your story then please contact us.

Please Remember: The “Smut” series is all about fun, light-hearted stories. So no pain, darkness, cheating couple and angst that’s just not Smutty. Keep it sexy, humorous and fun. 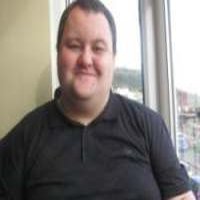 He has recently added the Graphic design string to his bow and has done a number of well received Facebook & Book Covers. You can see some examples of recent design work and current special offers at http://www.writermarketing.co.uk/services/graphics/ 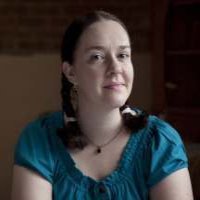 4 Responses to “Smut in the City: Sapphic Special Call for Submissions”