In The Flesh Part 1 A FREE Story in Progress: Enjoy! 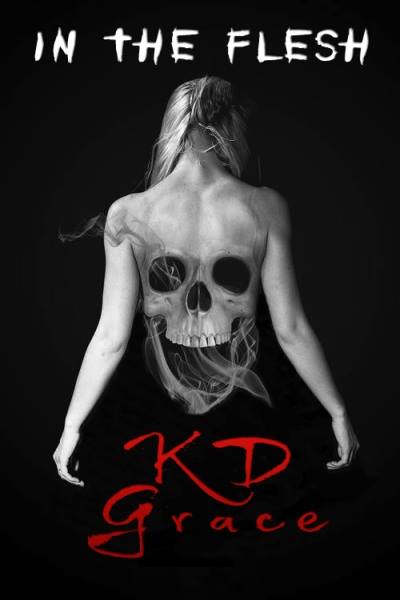 One of the things I love to do most on this blog is share stories that you won’t find anywhere else. Writing stories for my blog rather than just sharing observations or navel-gazes always feels much more personal, and much more like I’m sharing myself with you lot. Plus, it’s just flat-out fun! And if you’ll recall, a few months ago, I did write that I had promised myself to have a little more fun with my writing.

In the Flesh is a dark and sexy story that has had several incarnations in its shorter form, but never quite worked because it needed space to grow. I couldn’t think of a better place for it to grow. In the Flesh is a blend of paranormal erotica and almost, but not quite … okay, quite possibly … horror. As I say, what I’m sharing with you, this version, is an expanding work in progress. I hope you enjoy it!

In the Flesh: Part 1 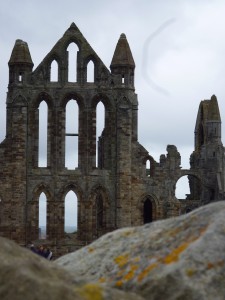 “You’re early.” Breathing heavily, Annie stood in the door she had opened only a crack.

I wasn’t early, but I wasn’t stupid either. Her hair was mussed, her robe was carelessly wrapped around her and the flushed glow in her cheeks was unmistakable.

She threw a quick glance over her shoulder, and from inside I caught the strong scent of jasmine, Annie’s favourite flower. “Thanks, Susan. You’re a dear.”

“Okay, you lucky cow, but when I come back, I’ll expect details.” I barely managed a kissed on her cheek before the door slammed in my face.

Neither of us was famous for our successful love lives. Mine was basically non-existent, but Annie was notorious for her bad choices – usually married or narcissistic twats with a wide range of addictions. Annie hadn’t mentioned that she was seeing anyone, but I knew she had a lot on her mind with her heavy load at the estate agency and the renovation of what she was now affectionately calling Chapel House.

“It happens all the time,” Annie had told me when I went with her to view the place before she bought it. “No one’s religious any more so small churches are deconsecrated when they’re no longer in use, and they’re sold as boutiques, office buildings, houses and even pubs. But this one is about to become my home.” She had chatted away enthusiastically about the lounge that would be where the altar was, and how the whole nave would be open-plan living at its best, kitchen with an Aga, study in what had been the small choir loft, and the perfect en suite that she’d always dreamed of. What good was money if you couldn’t spend it?

She was still in her robe, but the glow was gone, and there were circles under her eyes. She forced a smile. “I must have fallen asleep.” Her anemic embrace alerted me to sharp angles and jutting bones that had been cushioned by shapely curves when I saw her three months ago.

“Honey, you’re thin. Must be too much shagging and not enough chocolate. I can’t wait to see what you’ve done with the …” She flipped on the switch behind her, and I could see, in the harsh light of a bare bulb, that for all practical purposes, she had done nothing with the place.

She looked around and colour rose to her face. “I’ve been busy.”

“I’ve taken some time off,” came the curt reply.

In spite of all her big plans, Chapel House was still a church, complete with dusty pews and an altar covered in plastic drop cloths.

“I see the previous owner hasn’t moved out yet.”

“No need. You’ve shown me around before. Just find some glasses and fill me in on all your news.” I followed her down a narrow hallway into more recent addition to the building, added on to a small lady chapel no longer in use, which became a a small kitchen and a couple of rooms for classes and meetings, now all divided off by hanging drop cloths, just as they had been when she’d shown me the place before she bought it.

“You can sleep there.” On the floor behind one petition was a mattress with a duvet thrown over it. There was a dusty wardrobe in one corner and a backless chair for a make-shift night table. “Bathroom’s down the hall.” She gave a listless nod in the direction.

“Annie?” I took her in my arms. “What’s going on? What did you and Shag Boy get up to anyway that left you this exhausted?”

“Don’t call him that,” she pushed me away with an effort that seemed uncharacteristically fragile for the woman who had been her company’s best agent three years running. “I’m just tired, that’s all.”

I took her hand and led her into the kitchen. “A glass of wine and a nice take-away will set you right. You should have told me he’d be here, I could have come some other time, or he can stay. I mean I have earplugs, you know. And anyway, when do I get to meet him.”

She offered me a shrug and shoved limp blond hair behind her ear. “It’s complicated.”

I ended up drinking most of the bottle of chardonnay, and a lovely take-away was wasted, as Annie picked at her Mongolian beef and practically fell asleep at the table.

“Come on.” I took the glass from her hand and pulled her to her feet. “You’re exhausted, and I’m not sympathetic, but you can’t tell me juicy gossip when you’re falling asleep in your rice. Now which of these lovely rooms is the master suite?”

“I sleep there.” She shot a glance back down the hall toward the nave. “I like the way the moonlight comes through the big windows in the apse above the altar,” she added quickly.

‘Are you the sacrifice?’ I asked, taking her arm, and I was surprised at her strength as she jerked away.

‘I told you, I just like the light.’ In spite of her protests, I walked her up through the nave, trying to ignore the disquiet clenching at my stomach, as she shuffled up the aisle between the pews, past the transept and the chancel, to a pallet of blankets and pillows on the floor at the foot of the altar. The air was heavy with the scent of jasmine, but there were no flowers that I could see. I felt a chill finger its way up my spine. 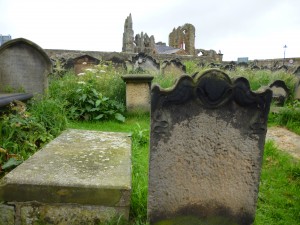 “Annie, I’ve always known you were a little weird, but this is just creepy.”

“No really, look.” With a feline stretch, she lay back in a pool of moonlight and I caught my breath at the affect. It was as though she were lying under a luminous waterfall. In the monochrome tones of growing night, she appeared startlingly transparent. As the robe that she wore fell open, her nipples rose to and peaked, and the woman who had always been a little bit shy about her body tugged and shoved aside the robe until she lay naked atop the blankets, her hair spread across the pillow like a reaching shadow. The moonlight exaggerated the arch and curve of rib bones way too visible for the woman I knew. Goose flesh rippled over rice paper skin, and for a moment, in her writhing and stretching, in the soft moan that filled her throat, if I hadn’t been standing there watching, I’d have thought her to be making love with someone. In spite of what my eyes told me, I gave a quick glance around the room to be certain we were alone and even then, I wasn’t certain.

Annie was usually the take-charge chick between the two of us, but action seemed better than letting myself be freaked out by what was probably, what was hopefully nothing. I sat down next to her and pulled the mound of tangled blankets up around her chilled body, tucking her in. Before she could protest, I laid a hand against her forehead. “Annie, tell me what’s wrong. Have you seen a doctor? Are you ill?” My insides knotted at all the horrible things loss of weight and constant tiredness might herald.

“No! No Susan, nothing like that, I promise you.” She sat up and threw her arms around me in the most enthusiastic show of affection I’d had since my arrival. “Oh Susan, I want so much to tell you everything. I can hardly contain myself, but I just get so tired. You’d understand better if you knew him.”

“Does he at least have a name?”

She squeezed my hand and lay back on the pile of pillows. Outside somewhere close by someone was burning garden trash. I looked around to close the window, but none of the arched windows in the nave were open. Judging from the way my eyes burned, it must be quite a bon fire, I thought. Annie coughed and cleared her throat. “Please, Susan, if you’re my best friend, don’t ask any questions. Just let me tell you in my own time, in my own way.”

“All right. I’m listening.” A flutter of a breeze curled around the altar and rustle the plastic ever so slightly.

For a long time she didn’t speak. Her lips were the only things about her that were still full and shapely, but even they seemed pale and colourless in the moonlight. She smoothed the blanket carefully over her thighs. “I knew he was watching me even while Todd and I were still together.”

“Todd? You mean the married bloke?”

She nodded. “So many times I felt like someone was near me, looking out for me. I really didn’t realize who was pursuing me until after I broke up with Todd, about the time I moved in here.” She sat silently for a few seconds, staring out across the empty pews. “I realized I no longer wanted to live without him. That was the first time our relationship became… physical.”

She ignored my sarcasm. The bow of her mouth, the way she curled a lock of hair around her finger, made her seem childlike, innocent. “Oh Susan, you’d understand if you knew him.”

I’d have called the police if I knew him, I thought, all the while wishing the neighbours would stop with the damned burning already.

“I know you must be thinking I’m crazy.”

“Hon,” I squeezed her hand. “I’ve always thought you were crazy, so what else is new?”

She forced a jagged little laugh and continued. “He was so angry when I invited you.”

The disquiet I felt escalated into something a little more tetchy. “Jesus, Annie, he controls who your friends are? That’s really sick.”

“No, it’s not that. He’s been wanting to meet you for ages. He felt I didn’t want you to know about us, that I was ashamed of him. I wasn’t,” she added quickly. “I could never be. And anyway, it doesn’t matter. In the end, he convinced me that you were someone who would understand.”

That I had somehow gotten this bloke’s attention made me feel slightly queasy. “What else does he know about me?”

“What the fuck is he, a mind reader?”

In the growing gloom, she seemed as unsubstantial as the plastic on the altar. She pulled the blanket close around her with tightly fisted hands, knuckles chalk pale. “Susan,” her voice was a thin whisper that I might not have heard in a place less silent. “This is going to sound completely barking, but I think he might be God.”

Part 2 will be up next week!

22 Responses to “In The Flesh Part 1 A FREE Story in Progress: Enjoy!”