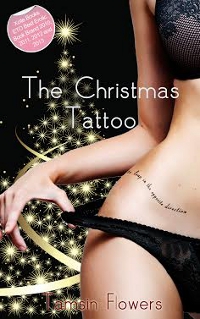 There’s something about Christmas that gets to me. For 11 months of the year, I’m probably the least sentimental person you’ll meet and then, for the month of December, I transform into something soggy, sniveling and over-sentimental. Sit me down in front of Bing Crosby and Danny Kaye singing ‘We’ll follow the old man’ in White Christmas and I’m gone. James Stewart in It’s A Wonderful Life – pass the tissues! Show me a John Lewis Christmas ad and I’m welling up. It doesn’t take much.

So around Christmas, I like to read something with the feel-good factor. This is the time of year for happy endings – the snow falls in White Christmas; George Bailey is reunited with his family in It’s A Wonderful Life and the bear wakes up for Christmas Day in the commercial. Oops – just thinking about it is enough to make my eyes tear up. And I want the same from a book if I’m reading it December.

After all, I couldn’t do otherwise at this time of year, could I?

When sexy red-head Bradie Clements comes home from Washington to nurse a broken heart and build bridges with her estranged father, she’s certainly not on the lookout for romance. After catching her boyfriend Kris in bed with her best friend and boss, all she wants to do is run and hide. But a chance encounter with local tattoo artist Colton Bassett leads to an unexpected appointment with his needle. Even though it’s cold outside, the temperature rises to boiling point as the two discover an irresistible attraction. But then Kris arrives on the scene to claim her back in time for his family Christmas and Bradie starts to remember what she saw in him. Tormented by jealousy and suspicion over Colton’s pregnant business partner, Bradie starts to wonder if her new romance is over before it’s begun…

Colt Bassett’s legs turned to water as he bent in low enough for his lips to brush against Bradie’s.  He’d kissed those lips once before, briefly, and he’d never forgotten how they’d tasted.  He’d dreamt of kissing them again a million times and now, when he thought the flame he’d been carrying for her for over a decade had at last gone out, she’d walked back into his life. Right into his studio, asking for a tattoo.  Her eyes asking for a kiss.

His lips brushed hers, tentative at first.  He’d made mistakes with her before but he knew he was reading the signals right this time; a decade of experience had taught him what to look for.  Her pupils were dilated, her lips parted and a little moist.  Her breathing uneven.  He put a hand along her jaw to hold her still as his mouth moved over hers and he sensed the subtle arching of her back and tilting of her head to give him better access.

Her kiss tasted immediately familiar, her lips as soft and yielding as he remembered.  He swallowed and wondered whether he dared plunge his tongue into her mouth.  The thought of it sent a spasm of lust up through his cock, had his heart pounding against his chest and his balls throbbing in his shorts.  He knew he was reaching the point of no return; either draw back or take things forward.  He tried to read Bradie’s expression but her eyes were shut.  When her hand snaked up around the back of his neck, he recognized an invitation to continue, so he slowly traced the line of her lips with the tip of his tongue.

She rewarded him with a soft mewl from deep within her throat; she wanted this as much as he did.  Her mouth opened and then her tongue pressed against his, pushing into his mouth and intensifying his need to take things further.  She tasted of sweet coffee and he pushed back against her to find his way into her mouth; their tongues slipping past each other to explore at leisure.  Her back arched more and he gripped the back of her neck to pull her in against him.  Soft breasts touched his chest as her jacket fell open; he could feel her nipples pebbling hard through the thin fabric of her blouse.  He raised his other hand and brought it up to the side of her breast…

A bell rang.  A door slammed.

Fuck!  Someone had come into the shop. 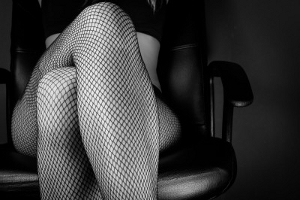 Tamsin Flowers loves to write light-hearted erotica, often with a twist in the tail/tale and a sense of fun.  In the words of one reviewer, ‘Ms Flowers has a way of describing sexual tension that forces itself upon your own body.’ Her stories have appeared in a wide variety of anthologies and she is now graduating to novellas, for publishers including Cleis Press, Xcite Books, Secret Cravings and Totally Bound. This year, she entered NaNoWriMo, with the intention of penning her magnum opus in the very near future.  In the meantime, like most erotica writers, she finds herself working on at least ten stories at once: while she figures out whose leg belongs in which story, you can find out more about her at Tamsin’s Superotica or Tamsin Flowers.