One thing I love about living in England, as an Australian from the coast, is the seasonal change. Ok, I could do without the icy footpaths during winter, but I really love watching the seasons move from one to another. Having an apple tree in the garden highlights these changes, and every second year it has a fine crop of apples right in time for autumn. And I love apples. 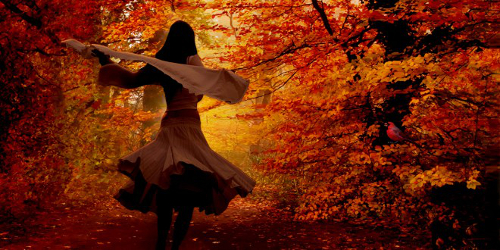 There is something magical in the seasonal change, but also something ominous. The sense that while things are beautiful and seem like they will remain so, they are going to change, that leaves and petals will change colour fall away, and leave us with the bare, stark whiteness of winter.

Autumn is that season hanging between the brightness of summer and the winter dark. The memory of summer is still present, the leaves richly coloured, but seeing them that colours means winter is almost upon us. Beautiful, but slightly threatening.

The Ravening Season, a short story, was written in a near trance-like state. Images and words played a stronger role than plot in the early stages. The thing that really hooked me in, and gave me the structure, was the idea of a creature who changed as the seasons did, beginning as all sweetness and light in spring, then shifting and changing to something else entirely as our infatuated hero is drawn closer to her. Sex and innocence, sex and darkness, and sex and death all come out to play in this story. This is a dark tale, about the ravenous appetites of creatures for whom we have no name. 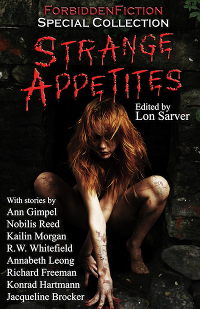 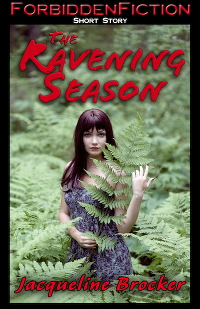 Through the snow, he ran. But there is no speed in a fresh drift, unmarked, untracked by another. Had he some path to follow he may have gone quicker, but the snow came up to his knees, and all he had was the snow-slabbed land and the forest of white birch, skeletal hands clawing at the sky. As it was, he clawed at the fragile snow that offered not stability, but the illusion of solid form.

He was hunched over, chest heaving, his breath puffs of white lost in the landscape. Never had he been so aware of his black coat, his black boots. How little they protected him now. They warmed his body, yes, now hot from the running, scarpering trudge. But behind him, she came. And his black clothes were a spot on a map of shining light, and he had ploughed the way to reach him. As he passed through the sharp, bare birch, he came to an oak. The looming thickness overwhelmed him, and he sunk to his knees, hands in his face to shut out the colossus of the tree and the brightness all around, and thought;

I have paved the way for my own death.

It was not long before the whisper of her steps was behind him. He would not turn to see her, for perhaps if he did not look, she might vanish like a snowflake.

She was not so delicate, though. Her hand dropped to his shoulder. He was too afraid to be surprised, but still proud enough to wipe his face, and peer up at her, with her claws and her icicle teeth.

When he saw her in the glade, he went to her, believing her to be a creature he could tame and claim as his own. He was drawn to her youthful beauty, her sweetness. But as their relationship grew, so did her appetite, and before he knew it, he was in thrall to a creature whose claws and teeth would likely bring his downfall. (F/M)

You can buy The Ravening Season from Fantastic Fiction Publishing. 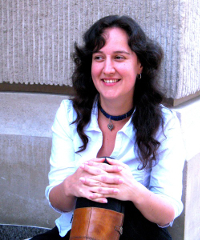