I’d like to thank K.D Grace for having me on her blog today. I usually write GLBT stories set in the 19th century U.S. Private Pleasure is a little different.

After reading a lot of stories set in Ancient Rome, I decided to finally write my own. Private Pleasure is my first ménage. It is a smoking hot historical romance set in the Roman Republic. In Ancient Rome, sexual pleasure was often indulged. If a man didn’t want to take a wife yet he could shower favors on a concubine. Throughout much of the ancient roman era, it was perfectly acceptable for a powerful, wealthy man to take a wife and share his bed with other women at the same time. A man could hire whores, bed his servants, and legally have a wife without any censure. However, due to Christian influences, it became illegal for a man to have a concubine and a wife at the same time. Although debauchery continued it was frowned upon. I set my book during this time period of the added tension.

Felix couldn’t believe his soon-to-be-wife had asked him to purchase Naomi. He’d intended to buy the beautiful servant as a present for Livia anyway. It did not matter the element of surprise was ruined. She appreciated the gift just the same.

Maybe even more so, he thought recalling her words. If there is anything I can do to repay you for this favor please let me know. I am in your debt.

Felix paced his large bedchamber, marching like the trained soldier he was.

He was certain most of the men wishing to marry Livia had failed to notice the brief smile she’d shared with Naomi at her birthday celebration. Most slaves had been schooled to keep an impassive expression; still a quick break in decorum was far from unheard of. And it was Livia’s birthday after all. It could have meant nothing. However, after Livia’s request it could also mean a great deal.

He glanced at the empty bed. Normally on a night like this he’d pay a woman to warm his bed or even send for one of his female slaves. Not tonight. His cock begged for attention and all it would receive would be the caress of his own hand. In Livia’s honor he’d sworn off other women so he could savor their wedding night as much as his wife. It would be a hard promise to keep, and although she might never learn of his sacrifice, he intended to keep his word.

Felix stroked his short beard. He had quite a reputation for having a large sexual appetite. With Naomi moving to his domus he did not know if he could keep his hands off her for long. This momentary celibacy did not help with that. He groaned, not wanting to sully his worship of the golden haired Livia.

He left his bedchamber and walked out onto the veranda. The weather was unseasonably warm for May. The lack of a breeze did not help to ease his inner fire. Ever since he was a young boy he’d been ruled by his ambition. His father said if he hadn’t been fortunate to be born into a patrician family he still would have found a way into the elite.

His father was the only person who knew just how high his aspirations went. Many nights he’d lie in bed imagining what it would be like to rule the Roman Empire. The foolish fantasies of a youth, most likely. He sighed and left the veranda to stroll through his garden. He needed to stretch his legs and think. Think and dream like he’d done as a boy. With the rigors of army life and monotony of politics he hadn’t indulged in his fantasies in a while. Likely his father had figured he’d forgotten them, grown up and left them behind.

That was not true. Now, thinking about the possibilities Livia and Naomi represented had him dreaming again. If he was emperor the impropriety of taking a concubine while married would not matter. Past emperors had been known to take many women into their bed besides their wife.

It would be hard to restrain his desires for both women. He did not wish to dishonor his family with scandal. No, he wouldn’t openly court scandal unless it appeared on his doorstep. If it did, then how could he turn it away? 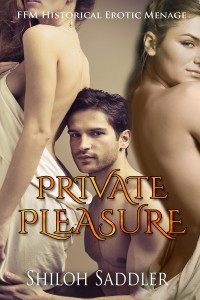 A member of the Roman elite, Livia, shares a secret Sapphic relationship with her slave that’s threatened when her father forces her to marry a powerful senator. But after her new husband introduces her to the pleasures of sex with men, she finds her attraction torn. Is it the senator she wants in her bed, or her slave?

Felix’s political ambition knows no bounds, nor his appetite for women. But when a critical mission results in his capture, it’s only getting back to his two lovers he desires, no matter what the diplomatic fallout. Little does he know the risks he’s taken in his bed and in the field have not gone unnoticed by the emperor, but will he be rewarded or reprimanded for his actions?

Private Pleasure is currently on sale for 99 cents 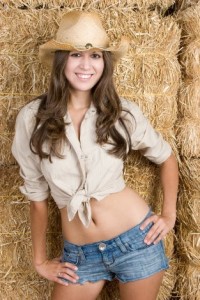 Make sure to follow the whole tour—the more posts you visit throughout, the more chances you’ll get to enter the giveaway. The tour dates are here: http://www.writermarketing.co.uk/prpromotion/blog-tours/currently-on-tour/shiloh-saddler-2/