Niagara Falls and Writing on Non-Demand by Emerald

Deadlines guide me. They structure me, help me, seem sometimes like they are the very foundation of any productivity from me. I appreciate them greatly, and I don’t feel it’s an exaggeration to say that they are the reason I’ve written a number of the stories I have.

In order to have a deadline, however, I have to have someone demanding it (self-imposed deadlines have not seemed to hold the same sway for me, sadly). That means that if ever I want to write something just because I want to write it, rather than for a specific submission call, deadlines become suddenly absent. 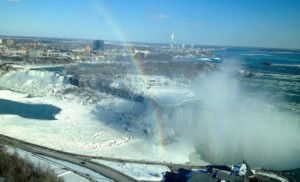 There are a lot of historical patterns in my psyche that make productivity without a perceived external obligation challenging for me, but the point, when it comes to writing, is that sometimes writing that doesn’t have this external demand doesn’t get done. Writing that is “only for me,” as it may seem, is something a part of me has been known to say is a waste of time, an indulgence, not something I should be allowing myself to do (even though philosophically, I truly find that nonsense).

For some time, I had been noting this internal phenomenon as I recognized that there were specific stories I wanted to write that weren’t for an editor or a publication or a deadline. The very strict patterning in my psyche seemed determined to bombard me with messages that there was invariably something else on which I should be working (these “something elses” need not necessarily be fiction or even related to writing at all) whenever I contemplated working on them. Thus, the long and short of it was–they weren’t getting written.

At the same time, Niagara Falls had been calling to me for a few years, ever since I read a particular novel that was set there. I had been there once, many years ago, and didn’t really remember it very well. It had become unquestionable that I wanted to go back.

And eventually, I put the two together.

I planned my trip for February. The off-season definitely has advantages, the first being price. The room where I stayed was $435 a night in July and August. (I probably won’t be planning a trip to Niagara Falls in the summer any time soon.) While I was there, it was considerably less than half that. My criteria were that I wanted a room that viewed both the American and the Canadian Falls, and I preferred that it have a refrigerator so I could more easily keep food in my room and not have to leave every time I got hungry. Literally the only plans I had besides eating and sleeping were to be in my room virtually the entire time–three days and three nights–and write. (I will admit I took small trips down to the pool to sit in the hot tub periodically when I wanted a break.)

My room was breathtaking—even without the even more breathtaking view out the wall-sized window. I got upgraded to a whirlpool room when I arrived, and I was put on the 34th floor. It was everything I had wanted and more.

Still, even I was surprised by how well this plan worked. It still surprises me now as I recall it. The effectiveness of removing obligations and external demands and, perhaps more importantly, giving myself internal permission to work on nothing but the specific fiction I was there to write was staggering.

There was a story for which I had had the idea for about a year and a half or maybe two years. Despite that, I had not gotten around to beginning it. In Niagara Falls, I wrote a draft of that story, start to finish, in four hours on my second morning there. It is that time comparison that most starkly outlines both my procrastination tendencies and the effectiveness of giving myself permission: Something I had had on the back burner of my consciousness for a year and a half emerged from it in four hours when I allowed myself to truly focus on it.

When I look at it this way, I wonder how I have ever managed to get anything written! But one more thing this trip was for, and which I would do well to recall, was to remind myself of what I could do. To remind myself that what I love to do is write, and when I clear the rest of the shit that fires off “shoulds” and “don’ts” and “buts” with dubious frequency from my consciousness, writing is what has been known to emerge.

One of the stories I worked on there, a version of which was written years ago and which has been given an update to incorporate an erotic focus (I first wrote it before I wrote erotica), takes place partially in Niagara Falls. In addition to the aforementioned reasons I wanted to be there, having the opportunity to see what my characters saw firsthand as I was writing the story was an inspirational bonus. This story, “Shattered Angels,” has not been published, but here is an excerpt of it that takes place before the characters have embarked on their impending anniversary trip to Niagara Falls. Our heroine, Shelley, has both joyful and challenging associations with the Falls, and she is struggling with this as their departure time draws nearer.

Kenny held her gaze a beat longer than usual, and she knew he sensed her discomfort.

“You still want to go, right?” His voice was non-confrontational, and she understood why he asked. She nodded as she draped her coat over a kitchen chair.

Her eyes were downcast as Kenny approached and gently slipped his arms around her. His fingers skimmed over her back, and she leaned into him with a sigh as his hands moved up to her neck, massaging lightly. She was surprised to find that his gentleness, into which she usually melted, seemed to increase her edginess. Her husband’s fingers progressed to her scalp, drifting slowly through her hair.

Shelley caught her breath as she realized she wanted him to pull. Desperately.

She didn’t realize she’d murmured the sentiment out loud until he paused and said, “What?” While hair-pulling wasn’t something they’d never incorporated into their sex life, Shelley could understand his surprise that she wanted it at that moment.

She did, though. More than almost anything she could think of.

Squeezing her eyes shut, Shelley started to twist away, not knowing how to explain herself. But Kenny held on. She struggled for another second before dropping her head against his shoulder, suddenly at risk of falling if her husband hadn’t held her up. His breath was in her ear, and Shelley couldn’t keep from squirming a little. She didn’t have the energy to try to articulate what she wanted, though, and soon she stood still, waiting for him to let her go.

Instead Kenny stilled, and she sensed the moment when he understood. All the breath left her body as she felt surprised and not surprised at the same time–of course Kenny knew. He almost always knew.

Silently he slid one hand back up to her hair. Gathering a mass in is fist, he gave the slightest pull. Shelley’s breath scurried out of reach, staying suspended until he re-grasped a fistful and pulled for real–a sharp, quick tug accompanied by a short exhale into her ear. Shelley’s breath shot out as her attention was pulled to her body.

And it was such a relief. Shelley clutched at her husband, pushing herself against him as tears rose in her throat. He lowered her to the floor, and she felt as though she were sinking into the carpet as he covered her body with his. Kenny tangled a hand in her hair and pulled again as he kissed her relentlessly, reaching to undo his pants with the other hand. She felt his erection against her thigh as he pulled her skirt up and wrested her panties off.

Despite the firmness of his actions, which Shelley knew he knew she needed right now, she could feel the tenderness in every move he made. She pressed her eyes shut against the tears that pushed out of them, gratitude that her husband knew what to do almost overwhelming her.

“Kenny pushed into her, his fingers wrapped in her hair as he kissed her neck, her cheek, her mouth. Her body tingled, coming out of lockdown as tension woke up and dissipated throughout her. The relief brought a sob to the surface, and she wrapped her arms around Kenny’s back, squeezing him with arms and legs and cunt as though she could compress the tension out of herself like juice from an orange. Kenny pushed into her harder, his body solid against hers as she willed him to thrust deeper, deeper, to where he could shove all the fear and dread and grief right out of her.

Instead he did what he’d always done–met her where she was, without flinching, and helped her be there too. Shelley held onto him tighter still, burying her face in his neck as she let herself be swept by the sensation in her body.”

Niagara Falls still calls to me. I find myself wanting to go back at least every other week or so, and now that it is the off-season again, that may happen in the near future. Or maybe not. But what seems to me one of the most valuable offerings I could embrace from that magical trip is the essential reminder that this is what I do. And I can do it whether a pristine view of world-class magnificence is right out my window or I am sitting in my chair in my office. Whatever is outside me, the inside is the same.

Thanks so much to KD for inviting me here today, and to you, lovely reader, for reading of my adventures in sitting in beautiful hotel rooms! Speaking of extraordinary places that I adore, before I go, I’d like to mention that on Friday night of this week, I will be in Las Vegas for the first ever Hot Mojave Knights romance reader event! If you’re in the area (or feel like booking an impromptu flight to Sin City!), it’s not too late to join us—you can register here, and you can also find a couple of my posts detailing my participation here and here. Naturally, we would love to see you there! 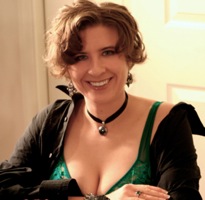