Editor of Seducing the Myth, Lucy Felthouse, Wearer of Many Hats 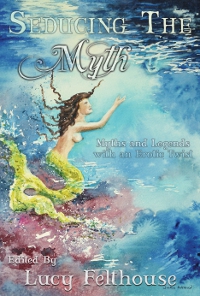 K D: Author or editor? Which do you enjoy the most and why?

Lucy: Oh wow, great question! Actually, it’s one I’m not entirely sure I can answer. I love writing because I love storytelling and producing stories that other people (hopefully) enjoy reading. But then I enjoy putting anthologies together because I love to see how authors come up with so many varying ideas within a theme. I also like to put together the most diverse book I can and get it out there for others to enjoy.

I think being an author just tips the balance, though, because there are parts of editing I don’t like, for example turning down stories, figuring out royalties and all kinds of admin stuff!

K D: Lucy, you write erotica, you do marketing and PR for other people, you build websites, you edit anthologies *catches breath* For a woman with so many irons in so many fires, is there a satisfaction you get from editing that you don’t get while wearing any of your other hats?

Lucy: What I like about editing is being involved in the project from start to finish, and creating something I can be proud of, but also still slightly removed from. I feel slightly more distanced from anthologies I’ve edited rather than stories I’ve written because the anthologies aren’t just my work. They contain stories from lots of other, very fabulous authors, and for that reason I can crow about the books without sounding too much like I’m blowing my own trumpet. I think! 😉

K D: The two anthologies you’ve edited couldn’t be more different. Uniform Behaviour is erotica for those who get hot under the epaulettes for folks in uniform and

Lucy: In terms of process, the anthologies weren’t at all different to edit. The key thing for me was having variety in both anthologies, which I believe I’ve achieved. However, I’d say that Seducing the Myth was easier to put together, purely because I’d done it once before and had already worked out the best way to do things. But then, with Seducing the Myth, I did have to figure out how to put the book onto Createspace as a paperback; something I didn’t have the option to do with Uniform Behaviour. So that part was new, and challenging, but it was all worth it in the end!

K D: What did you find most difficult about putting together and editing Seducing the Myth?

Lucy: It was difficult to put the stories in order within the book, because although the book contains a nice variety of stories from all over the world, some do come from the same beliefs and mythologies. So I tried to arrange the book so there weren’t too many stories together that were from similar eras/places. Other than that, I would say the process I had to go through to get the paperback made available was a challenge, but since I’ve done it once I know how to do it again!

K D: Seducing the Myth contains a wonderful mix of stories based on myths from all over the world, but one of the most intriguing is yours, which is based on a little-known local myth. I find that choice fascinating. Could you talk a bit about your choice? 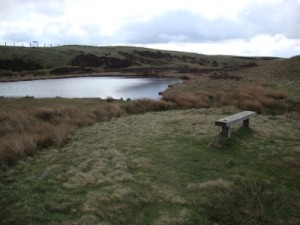 Lucy: People that know me know that I have a great love of the outdoors, and in particular I adore spending time in the Peak District. I’m very lucky in that to get to its borders, I don’t have to travel very far. I’m also interested in history, particularly of places that I know. Therefore I have lots of books about the history, myths and legends of the Peak District. I’ve read them all many a time, and one legend that’s always stood out for me is the one of there being mermaids in pools in the Peak District. The reason being is it’s barmy. The Peak District could hardly be more central in the country, it is completely and utterly land-locked, so I’m not sure how the sea-creatures are meant to have got there! But still, the legend exists, one of them even having a pool nicknamed the Mermaid Pool, and a nearby pub (sadly now converted into holiday cottages) called The Mermaid Inn.

The few mermaid legends vary slightly, but I chose this particular one because of the name of the pool and the pub – 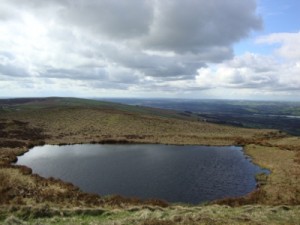 someone somewhere was obviously very determined that the legend was true! Also, I’ve been to the place several times and have always found it a very eerie and fascinating, yet beautiful place. When the idea for the anthology came about, it seemed like the obvious choice. I knew it’d be incredibly unlikely that anyone would write a similar story. Plus my passion for the area made me really want to tell a story about it. And, of course, it was a good excuse to go there again!

K D: It absolutely has to be asked. Are there any plans for future Lucy Felthouse-edited anthologies? If so, do we dare ask what you have in mind?

Lucy: Not right now. I think there will definitely be another anthology, possibly next year, but I’m not thinking about it at the moment. There are so many other projects I want to work on, including a couple of novels, that I just don’t have the time right now to take something else on, and when I do, I want to be able to dedicate plenty of my time to it. I do quite fancy doing a supernatural anthology, so that may well be on the cards. But as I say, I’m not thinking about it yet, so who knows? 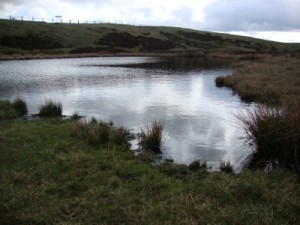 When I first heard the silly talk, I didn’t take much notice. After all, the witterings of the drunken old men in the Greyhound Inn are hardly life-changing. They usually spouted tales of their childhood and ‘the good old days’, most of which were completely fabricated. But as I sat in the corner reading, I couldn’t help but notice that their conversation lingered on the same topic for some time. I found myself drawn in. Keeping my eyes on my book, I listened.

They were discussing a place up on the moors, a pool that was reputed to be haunted. Legend told of a malevolent mermaid lurking in its depths, and several mysterious disappearances in the vicinity. I had to bite my lip to keep from laughing. The thought of a mermaid in Staffordshire really tickled me. It’s a landlocked county – in fact, you can hardly get any more central.

Normally I would have dismissed what they were saying out of hand, but although the legend was undoubtedly ancient, the disappearances were recent. My reporter’s instinct kicked in and I slammed my book down on the table, startling the trio of pensioners. Whipping a notebook and pen out of my bag, I stood and moved over to their table.

One round of drinks later and I had everything I needed. This was going to be one hell of an article.

By the time I parked my car in the lay-by near the pool some two weeks later, I’d done my research. The gentlemen in the pub had given me their version of the legend, the information they had about the recent disappearances, and the rough location. A study of my White Peak Ordnance Survey map revealed the exact location and correct name of the mysterious body of water – Blake Mere. A library visit, a raid of my own bookshelves and some Googling turned up several different versions of the legend, none of which I could confirm as true or false. I decided to visit Blake Mere and make my own mind up.

As I made my way along the path skirting the small ridge above the pond, I looked down. At once I understood at least why people found the area creepy, if not how the mermaid legend had come about.

It didn’t help that I’d chosen a mid-week evening to visit; the darkening sky and lack of people did nothing to dissipate the eerie atmosphere. And nor did the silence.

Part of me was glad no one was around. Some of my more unusual journalistic investigations had, in the past, caused people to come and ask what I was doing. My responses, as I never saw any reason to lie, inevitably prompted a barrage of further questions. This meant I then had to find a way of extricating myself from the conversation so I could get on with my work. Not being the most forceful of fellows, I always find it difficult.

At least this time I’d be left well alone.

The path forked, the left turning being the one which would lead me down by the water. I took it. The closer I drew to the mere, the more another part of me wished I wasn’t alone. The quiet was uncanny, as was the absence of any wildlife. You’d normally expect to find midges, dragonflies, and the birds that ate them around most bodies of water. There was nothing, which was strange enough. Stranger still was that despite its exposed location and the slight breeze in the air, the pool’s surface remained undisturbed. I wish I could have said the same for my state of mind. 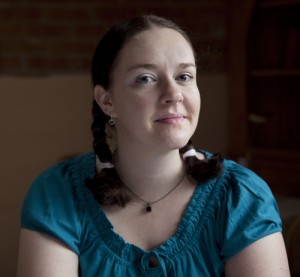 One Response to “Editor of Seducing the Myth, Lucy Felthouse, Wearer of Many Hats”