Happy Friday everyone!  Friday means it’s time for another episode of Dragon Ascending. Last week Fury decided to give the salvage ship with the crew who, had  brutalized our mystery woman a little journey they hadn’t anticipated. This week we discover that Fury and his crew are being stalked. I hope you’re enjoying Dragon Ascending, the sequel to Piloting Fury, as much as I’m enjoying sharing it with you. As always, I love it when you share my work with your reading friends, so feel free. In the meantime, enjoy!

Tenad Fallon was tired of waiting. Oh she could be patient, as patient as she had to be, but under the circumstances, she found it unusually tedious, and it made her very cross that her fucking brother was apparently not as worthless as she assumed him to be, when he was motivated by the loss of a substantial inheritance. Still, she would have assumed by the time any of the inner circle of Fallon brats had managed to get their shit together enough to realize they would have to act like grown-ups, she would have been halfway back from the Outer Rim, happily ensconced in SNT1 Fury and flush with the entirety of the Fallon fortune Fury and her older fucking brother had stolen from her.

But her older fucking brother was not her problem at the moment. Underestimating Jessup, her younger brother was, and it would not happen again. She’d be damned if she’d lead him to Fury, even if the false direction would cost her the only lead she had. Her Jaegers had been following the scant leads concerning SNT1 for three weeks now, and her long range scanners had finally sighted what could have been no other ship but an SNT. Certainly no other ship could have led them on such a merry chase. She had forgotten how much fun it was to have a proper hunt with a worthy opponent. And then, fucking Jessup had joined the party, smart enough to let her do all the work, stupid enough to think she would let him get away with it. She would not see her father’s wealth squandered, and Jessup never could see the big picture. He was not a long-term thinker. Jessup was not a thinker at all as long as he could get the Mist. She would make sure he well and truly paid for what he had cost her once she had SNT1 under her control and had taken back all that it had stolen from her.

But Jessup would get off easy compared to the senior Fallon bastard. She still could not believe how badly they had all underestimated Gerando. He had always been a loose cannon, but for the most part, he was a cruel, sex addled drunk, sobering only long enough to beat someone or destroy an outpost in an angry rage, or fuck a whore or two and then beat them. Gerando Fallon was a disappointment to his father, and a laughing stock to the rest of the Fallon bastards, who figured if they just bided their time, their eldest brother would either get himself killed in some bar brawl or by his own father. She still didn’t have all the facts of what had happened to her father out at Plague 1, but she was sure SNT1 Fury could fill her in on the details once it belonged to her. It must surely be one helluva story. She would have never imagined Gerando would have the backbone not only to defy their father but also to betray him, take control of the Apocalypse, and hand over the entire Fallon fortune to a damned SNT ship, including the power to free all of Abriad Fallon’s indentureds. And now word had gone out all over Authority space and beyond that somehow the SNT virus, engineered to keep indentureds from being tempted to flee their masters, had mutated and was now highly contagious on Plague 1. No one had known for years what was actually happening on the first and oldest of the plague planets because no one went there anymore. It was assumed that everyone there was long dead, though no one cared one way or another.

Still something had interested her father enough that he took the Apocalypse out to that nasty place, and then, whatever it was, enticed him to blow himself out his own airlock, crazed with the mutated virus. Or so the story went. She couldn’t seriously believe Gerando was bright enough to plan and carry out such a complex plot, nor did she think he had the balls to actually kill the old man, though in all honesty, every Fallon brat old enough to have contact with their old man would sing Gerando’s praises for that blessing, even as they all had wet dreams of slitting his throats. Or worse.

She supposed anything could happen, but the story as it was didn’t ring true. And that Gerando could have handed all of the family inheritance over to an SNT just sounded bogus. He was just as much a greedy little shit as the rest of them were. Well, obviously he hadn’t handed over quite all of the fortune. She was not stupid enough to depend entirely on the old man’s unpredictable largesse. She had a fortune in her own right, the beginnings of an empire of her own. She’d had a head for business, no chemical addictions – that was saying something among the younger Fallons — and she didn’t trust any of them. But if she wanted to build her own empire as she envisioned it on those long nights when she could not sleep for the planning of it, then she would need her father’s fortune too. And she would have it. 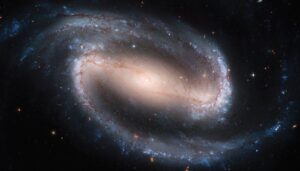 Apparently the old fucker’s will was legit, at least that’s what the lawyers told her. It would seem that SNT1 Fury truly was Abriad Fallon’s eldest child. Fury had achieved full consciousness long before it had left space doc, and it had been instrumental in the design and creation of all of the fifteen ships that came after and were launched before SNT1 was actually fully operational. Oh it didn’t surprise her that her father’s sperm had been used in the fertilization of the egg that would grow into SNT1, calling itself Fury now. Her loving father had been a fucking panspermia in his own right. His one and only hobby seemed to be making bastards, setting them against each other and watching while they squabbled. It was a spectator sport for him. She’d heard the man had even taken bets on which one would come out on top. She didn’t doubt it for a minute. The smart women he’d knocked up got as far from the Fallon snake pit as they could and kept the parentage of their bastards secret. All of the Fallon bastards had reason to hate him, probably no one more than Gerando, but dear old dad had made sure to spread that warm Fallon family feeling all around. The last time she had seen him he’d told her she was the one most like him. Vaticana Jesu, she hoped that wasn’t true. That she was not a nice person she knew only too well. It was knowledge she could live with. She had cultivated what she considered her stronger qualities, the ones that would assure her place at the top of the bastard heap when the squabbling ended. But she had not tried to emulate Abriad Fallon. His only redeeming quality was that he was dead. It was just like him to leave all of their inheritance to a goddamned SNT ship just because his spunk was a contributing factor.

“Well, SNT1 Fury,” she said out loud, “if the old man wanted to leave his shit to the most impressive of his bastards, you’re definitely that. The question is do you have the balls to hold onto it. If the SNTs had not been weak to begin with, they would be ruling the galaxy now.”

She had not left her chambers since they’d led her brother on a merry chase and then pulled in nice and quiet-like into the nebular dust beyond Vodni Outpost, if one could even call the place an outpost. There, they waited with an necessary visit to the damned outpost to look forward to once they came out of hiding. The dump was barely big enough to be a station, it had somehow managed to survive halfway between Authority Space and the Outer Rim. No doubt the place’s connections had connections amid the smugglers on both sides. Surely that would be essential to survive out here in the fucking beyond.

Kresho Ivanovic ran the station with an iron fist, or so she had been told. She would find out soon enough how much iron was in that fist, since his station would have the privilege of resupplying the Virago. God, she hated to resupply at insignificant outposts. They were boring for one thing. There was little entertainment for her people, and what supplies were available were often substandard and inadequate to her needs. While she didn’t mind if she ate space rations for months on end, and she didn’t drink, so the bars didn’t interest her, experience had taught her that keeping her crew satisfied meant they would not question, nor falter, when her orders were less than copasetic. Whenever she could use the carrot rather than the stick, the Virago ran more smoothly. Not that she wasn’t very, very good at using the stick, and she supposed that probably aided in the fact that her bespoke Jaeger ran like a well oiled machine. What she found inadequate was the supply of ammo and weapons. And the supply of triax was most often completely inadequate. She would have to see what she could wring out of Ivanovic, and even then she would be forced to resupply again sooner than she really wanted to.

There was a soft ping at her door and it slid open without her consent. It was only her personal med-bot. It needed no consent to enter. It was programmed to her vital signs. Its only task was to monitor her wellbeing and safeguard her health. The bot stopped as the door slid silently shut behind it and paused, confused for a moment. And then Tenad remembered the man in her bed. He had not moved for nearly an hour now. But as she discarded the bloodied white robe and stepped out of it, turning her lacerated back and buttocks to the bot, it moved into action. She would not allow herself the comfort of lying down, not when her injuries had been consensual, in fact commanded. “No pain killers,” she said quietly, though the bot was already programmed to that fact. This night, she wanted to feel every bit of the pain. She leaned forward and rested raised arms against the wall, feeling fresh blood trickle down her lats. 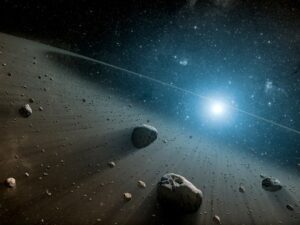