Happy Friday everyone!  Normally the first Friday of the month means an update of books I’ve enjoyed reading, but that post hasn’t happened because NaNoWriMo got in the way. Instead I’m going to give you lovelies another episode of  Dragon Ascending. Last week we discovered that Fury and his crew are being stalked. This week we get a little more intimate look at Fury’s stalker. I hope you’re enjoying Dragon Ascending, the sequel to Piloting Fury, as much as I’m enjoying sharing it with you. As always, I love it when you share my work with your reading friends, so feel free. In the meantime, enjoy!

She flinched and forced a sour smile as the bot began its work. Her older brother and her father were not the only ones with very specific needs. She would have left the wounds untreated to prolong the pain if it had not been for her crew. She had learned long ago, growing up in the viper’s nest, that a Fallon never showed weakness, and while she could disguise most injuries, she expected this time that there was a cracked rib. The bot knew well enough to treat only the most severe injuries, only the most visible, at least there was that much, and then she could have the pleasure of the pain — the pain of the guilt. The longer the pain lasted, the less often she needed to run the risk of being found out. Though those who did find out would certainly not survive that knowledge. What a fucked up bunch the Fallon bastards all were. She wondered if SNT 1 was equally fucked up.

The man on the bed moaned and shifted. She studied him for a moment. “Diagnosis?” She asked the med-bot, which stopped its work on her ribs and scanned. “Internal bleeding, ruptured spleen, broken wrist and two fractured ribs along with various bruises and contusions,” came the reply.

“One hundred percent recovery, however time in the infirmary will be required.”

That was disappointing. She should have known better than to use someone who was not an indentured. To use and indentured to service her needs and then have him healed would have only been protecting her investment, and an indentured knew better than to spread rumors. She sighed, flinched again at the Med-bot’s efforts, and said, “‘tran him out.”

Instantly the bed was empty. The voice command to her computer had been obeyed to the unwritten letter. Wherever into the vacuum of space the man had been ‘tranned would not be visible to any of the present crew. Yes, it was disappointing. It was always better with a non-indentured. There were so many more delicious risks. But if her sexual partner didn’t have the good graces to die in the act, then the situation had to be sorted. Sometimes, in some places, she could pick up someone at a bar or choose someone who could be easily explained away and easily replaced. Her predilection was best timed perfectly. That she had not done so this time was a testament to how truly angry she was at her brother’s interruption of her plans.

This communications officer was the loss of a resource that would be difficult to replace on Vodni Station. Oh she’d had her eye on the man for a while, but it had been her plan if she brought him to her bed to do so in a place where there were plenty of gifted replacements. That meant near the center of Authority space, and she avoided that hot bed of politics and intrigue as much as possible. No this man, she had planned to have only in her fantasies. This man would not be easily replaced no matter where they were. She seldom made such a juvenile mistake, so like something her elder brother would pull, and she was furious at herself for her few hours of weakness and what it would cost her. This man she would not even have considered if she not been cloistered with him over the deep space scanners trying to find a trace of SNT1 for long enough to be strung out and way too aware of his own rising hormones, working so closely with the boss. And it had been his skills that had actually pinpointed where SNT1 actually was and confirmed their speculations of its route in the first place.

She could not abide stupid men, and she refused to fuck them, so this man had signed his own fate by his brilliance, and she was even more aroused by the fact that he was just arrogant enough not to fear her. The one thing she did not want when she took someone to her bed was for them to fear her. That was the reason she didn’t relish taking indentureds. They lived in fear, and they all knew she held the key to their pain, their long anguished death, or even their release, all safely tucked away in a small black case and a micro syringe that she always kept on her person. But this one, Vidak, he had been good, really good, taking as much pleasure in his own pain as in inflicting pain upon her. Vaticana Jesu, she would have liked to keep him for later. Her weakness, her lack of control, had cost her far too much. With a grunt, she pulled away from the med-bot. “Leave it!” She said.

“There will be scarring on the lower hip and buttocks,” the bot warned. “And one rib is not completely healed. You will have to wrap it very tightly. I shall leave you bandages.”

“I can live with that,” she said. She deserved no better.

As quietly as it had come, the bot left, leaving a roll of bandaging on her dressing table. Once it was gone, she slid back into the wrecked bedding and over to the spot where Vidak had lain, still warm from the man’s body. She sighed deeply, breathing in the scent of blood and sex and the sweat of their fucking, of their shared rage. She lay on her back, her buttocks stinging excruciatingly as she slid down between the sheets, breath catching as she moved harsh hands over each bruise, each abrasion, each ache that still remained, especially between her thighs where he had battered her with such fury that she thought perhaps it was she who should die this time. He bloodied her as surely as if she had been a virgin, and that warmth still trickled down her thighs. That deep aching pain burned into pleasure so sharp that she saw the room through a sheen of tears. “You, I won’t forget soon, Vidak,” she gasped. Her heart rapped furiously against her injured ribs, her own scent rose to dominate the room with the crescendo of her need. Her own scent, her own blood, it would always and forever dominate the space, even in the pain she relished. As she shuddered against her fingers, and gave a cry of pain, she bit her lip and tasted that blood as she whispered. “Your skills I’ll enjoy awhile longer.”

She was drowsing in post-coital bliss, or as close to it as she ever came, when her PD pinged. She came back to herself cursing. She took two deeply painful breaths remembering that her ribs had not been properly treated. “What?”

“Jessup Fallon is out of sensory range, heading back toward Authority space,” her first lieutenant said.

“No sign of any other ship.” There was no apology in his voice, no whining fear. He knew that she would hold him accountable only for his own actions and not a loss none of them could have foreseen.

“Lay in a course for Vodni Outpost then, and make sure I’m not disturbed.”

She broke off the link before Lieutenant Fizel could respond. Then she shoved back the sheets, now smelling of regret she did not need right at the moment. With an effort, she stood and limped toward the shower. The rib was going to be hard to disguise. At the bathroom door she stopped and spoke. “Camille, change the bed. Incinerate the sheets and the robe.” The indentured, who had been huddled unobtrusively in the corner, rose instantly and went to the task. Tenad smiled to herself. There were some tasks only a humanoid could properly manage, and Camille had clever hands. Inside the bathroom, she took two of the tablets that would ease the pain of her bodily functions enough for her to manage a piss without passing out and to keep infection at bay. She swallowed them without water. Then stepped into the shower and cranked the hot water. For a moment she leaned against the tiles feeling suddenly very cold. Then she scrubbed her aching body with a vigor that was anything but gentle. For a Fallon, gentle would never suffice. 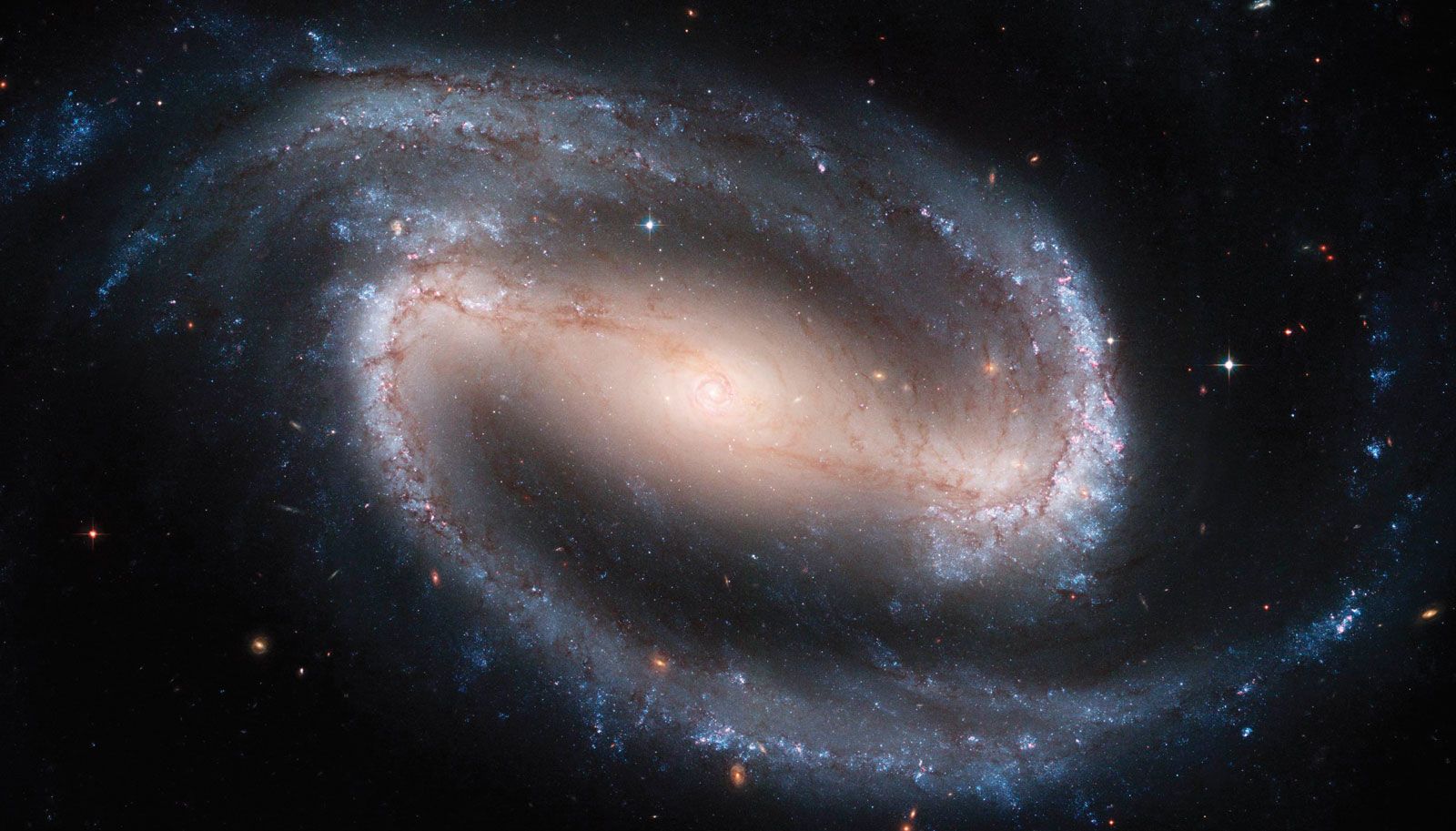