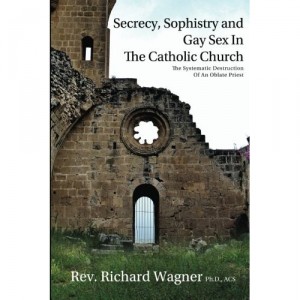 KD: The split between spirituality and sexuality that exists in most people who have grown up in a society influenced by the Judeo-Christian mindset is different from the split between spirituality and sexuality in religious institutions, the split that played a major role in the loss of your priesthood. Do you think that institutional split will ever heal? Do you think institutional spirituality, for lack of a better way of putting it, will ever be reconciled with human sexuality as the vibrant creative force that it is rather than seeing it as a danger to be controlled?

DD: No, I don’t think there is a fundamental difference between the cultural and the institutional split.  One reflects and supports the other.

Will the split ever heal?  Yes!  Every person who works to heal the needless and artificial divide in him/herself brings all of us that much closer to a cultural and religious rejuvenation.  In the end, this is the work of individuals.  It is not the work of institutions.

KD: On a personal level, I feel that my writing of erotica, and my blog are, in a lot of ways, my attempt to facilitate the healing of that split. I suspect your work as a sexologist and with your fabulous website and podcasts, among other things are your attempt to do the same. How has it helped? Where do you hope it will ultimately lead?

DD: It’s true; my websites and podcasts are vehicles for me to promote the “gospel” of the reintegration of sexuality and spirituality.  I firmly believe that promoting one without the other is not optimum.  It’s like trying to walk with one leg instead of using two.

I’d heard from numerous visitors to my sites over the years who have told me they finally get it.  This kind of feedback is both heartwarming and invigorating.

KD: You’ve been immersed in both theology and the study of human sexuality in a deeper, more intellectual way than most of us will ever be, and I’m curious to know, theologically and sexually, why do you think that split ultimately happened?

DD:  It happened because disjointed people are much easier to manipulate. Just like it’s easier to topple a man standing on one leg than it is to topple one standing firmly on both of his legs.

For the most part, organized religion and the popular culture are all about exploiting people. Religion tells us that it holds the only key to spiritual enlightenment.  Our culture tries to keep us sexuality frustrated so it can use sex to sell us products and services.  Both, I believe, are cynical means of control.

People who are whole; those who have an integrated sense of self, who have reconnected their sexuality and spirituality are not so easy manipulated.  Church leaders and cultural despots know this and so they try to keep us off balance and disoriented.

KD: It occurs to me that some people might find it a bit strange to discuss spirituality and sexuality together at all, let alone consider that the two are both halves of the same whole. How would you explain that false dichotomy to someone who has never considered how the two might fit together? 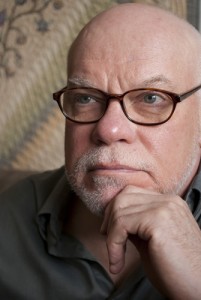 DD: A dichotomy only persists for those who’ve never tried to rejoin these two fundamental aspects of self.  The concept of reintegration is foreign to them.  And since there is precious little in organized religion or the popular culture that would support a quest to heal the disconnect; they think being disjointed is ‘normal”.  It’s like a caged animal who only knows the inside of its cage; in time that cage becomes all the world to the animal.

I contend that if these two aspects of ourselves didn’t belong together, there wouldn’t be such a virulent push back from the powers that be when we try to reassemble ourselves.  Wholeness, after all, is power.

KD: Ultimately, what do you hope your book, and the journey that led you to write it will lead to, for yourself and for others? Did you see it when you wrote it as a tool to help others or a warning, or something else entirely?

DD: It was cathartic for me to tell my story.  And I am so delighted that it has finally been published.  If it helps anyone else in his/her personal journey, that will be gravy.  That being said, my story does concern itself with at least one universal for us all — establishing and maintaining our personal integrity.  I don’t know anyone who hasn’t experienced at lest some of that in his/her life.

DD: The book feels like the closing of a long and painful chapter in your life. What’s next for all the people living inside Richard Wagner’s skin? Where do you think the journey will lead next? Where would you like it to lead?

A nap for sure!

Honestly, there’s no grand plan.  I’m happy to continue to put one foot in front of the other on my journey, and try to be aware of things as they reveal themselves to me.  Frankly, I have no idea where I’m going or what the fates have in store for me.   I guess not knowing is part of the adventure.  I’m trying to embrace that philosophy of life and make it my own.

That being said, I am working on a follow-up book detailing the sexual molestation I endured at the hands of my Oblate superior while a 14-year-old seminarian in Southern Illinois.  And how all the religious superiors I told about these incidences did nothing.  The book will investigate the psychological and emotional trauma of clergy sex abuse and its impact on the psychosexual development of abuse victims.

KD: What a pleasure to have you here on A Hopeful Romantic, Dr Dick! For every question I asked, and every answer you gave, I could have asked ten more. Best of luck with your book, and as always with you fabulous website, podcasts, counseling, and all of the many other things you do! You truly are an inspiration.

Lisabet Sarai Shares the Story Behind Her Novella, The Understudy → ← Lakeland Heatwave Is On Its Way!
© 2022 K D Grace
Site created and maintained by Writer Marketing Services