Billionaires and Why We Love Them 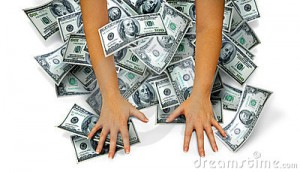 With the plethora of billionaire stories that have burst on to the scene since the 50SoG phenomena and the second film fast approaching, I found myself wondering the other day while I was doing the ironing just what it is about billionaires that we find so appealing.

OK, I suppose that sounds like a stupid question. People are always curious about how the other half (or in this case less than 1%) live. That’s only natural. And who hasn’t fantasized about how their lives would be different if they won the lottery or a long lost relative died and left them with a fortune? So here are just a few of the reasons I think billionaire romances appeal to readers so much.

It they can buy it, they can have it. Billionaires don’t have the financial constraints the rest of us constantly live with. Helicopters, jets, palatial mansions in south France, yachts the size of the QE2 are all just an afternoon’s shopping spree. There’s something very appealing about the freedom that buys, which leads me to my next reason.

If money is no issue, then many of the rules that apply to most of us are no longer relevant. While money may not be able to buy love, it can certainly buy sexual satisfaction in more than fifty shades and way more colours than gray. There’s something very edgy and exciting about the idea of buying sexual control over another person. It’s a Dom/sub relationship based on wealth, and we live in an age when money is power and money is control. It’s not surprising that money is also very sexy. Neither is it surprising that many of our fantasies involve ‘being bought’ in some way.

The typical billionaire story involves a billionaire loving or at least lusting for someone who is very average. And while we read that story, we fantasise ourselves right into that role. We become the character who is wined and dined, whisked away in the private jet and shopped for by a very exclusive personal shopper. In essence, we get one helluva makeover, readying us to walk in the rarified air of the billionaire’s world. It’s the luxury and adventure of our fantasies along with the hot nasty steamy sex of … er … well … our fantasies.

In billionaire novels the polished, airbrushed look of wealth is associated with the look or our dream guy or girl. We want our billionaires to conform to our personal fantasies of what sexy and rich look like, and it’s amazing, though not surprising, how often the two go hand in hand. If we’re going to have a fantasy man, he might as well look good AND be rich. And of course, he will lust obsessively after US!

Our billionaire must suffer or have suffered. No silver spoons in these stories. Our billionaires must have suffered tragedy, been raised by crack whores, lost a loved one, had an abusive childhood, secretly suffer from self-doubt, self-loathing, horrible nightmares, think themselves unworthy of love. In the eyes of readers, there has to be a cost for wealth. Most of us can’t really imagine what it’s like to have that much money and power. If we’re being honest, we resent the hell out of people we feel have it but don’t deserve it. We find it gratifying to know that, yes, the wealthy really do put their pants on the same way the rest of us do, and they don’t get off without suffering. We need to see that suffering to make that love connection.

SALVATION IS AT HAND

Enter the love interest, just your ordinary girl/guy (insert your own name here) whose soul purpose in the story, as in all love stories, is to rescue the hero from himself, lift him above his self-doubts and heal him. The heroine’s job is to bring the wounded hero, even if he’s a surly billionaire, to a shared HEA. There’s something very satisfying about a billionaire who has everything, but is totally lost and impoverished until the love of his life saves him and brings him true love.

There! That’s K D’s analysis of the billionaire romance in a nutshell. What do you think?