Looking for the Wintergreen with Trish DeVene

Walking down a market street in Tokyo, a friend of mine saw a man with a long shine of black hair, cat-like in his stride—a person who halted her own casual walk and made her turn for a gasping gaze. That was twenty years ago and she hasn’t forgotten him, or that moment. Why not? What did it awaken? How did he pass over the threshold of her mind and become housed in her?

Another friend once told me that he and a friend were pulling up beside a car in traffic—a woman driver whose blonde hair flowed over her left shoulder, and whose smooth tanned arm draped lazily the wheel. They sat straighter; they waited for the car to press evenly beside hers. And they asked, “But does she have the face? Does she?” Oh, she did, and the friend wrote a poem because the moment was monumental, stamping his memory. For that moment, had she awakened something, created change? A new poem was born.

Every now and then, we happen upon something or someone that for unknown reasons snares us. I wonder if beauty catches the eye but something else deeper draws the longer look and holds the memory: the mystery, the potential, something sleeping in ourselves come to life? Or is perfect beauty—in nature, art, or people—a balm for the pain in life?

When I began writing “Looking for the Wintergreen,” I wanted quite simply to explore the possibilities of a beautiful man entering a sensitive, withdrawn young woman’s world. Aurelio literally steps up the porch steps, and through the front door of Leah’s remote family home that’s buried under swoops of snow. Except he isn’t made from their remote, white landscape; he is brown-skinned and warm, fit for a house of adobe. In him, Leah sees the summer valley at sunset, the gentle slopes that ride out to the tree line.

Does beauty make us vulnerable? Leah quickly monitors herself, noting as he passes casually into the house that care should be taken in crossing thresholds. “Think first, know the destination, prepare. There should be commitment in any crossing.” No one has crossed this threshold since her father’s sudden and soundless departure from their lives. And Leah, like the house buried in snow, has buried herself in literature—lust and love relegated to daydream only, as the family tries to recover.

Her pain is silent, her loss of trust unexpressed. In books, she finds fascinating heroes who reflect her own desires; she has no need for the messy, disappointing, fleeting attractions of real life, the kind that only leave you vulnerable.

She wonders if this beautiful boy knows what he steps over and into? But when he shakes out his hair, darker than their starless nights, he smiles and his gold-brown eyes sparkle on her. His face is open with trust. And for a moment her fantasy worlds blend with reality. She wants him to step in.

I was a child of gothic romances and fairy tales with noble kings, larger than life men who made the heroine take a second, longer, ever-lasting look. My grade-school girlfriends would get mad at me, asking why I never liked any of the boys in school. It wasn’t because I had too-high expectations, wanting real life to mimic books. It was because, for the moment, my own imagination excited me more. I wasn’t yet intrigued enough to take that messy step out of self and into another.

When Aurelio crosses the threshold into Leah’s house, it is her moment to step out—out of herself, out of fantasies, to take a chance on real life. He sees her desire. He acts on it.

When her brother, heading into town, hesitates at the door, paused in the white slit, one foot over the threshold, Leah urges him out, waiting for the door to slam, and suction Aurelio in.

But Aurelio, in turn, leads Leah outside where the white world melts, where behind the tool shed, he approaches her, his dark frame, his lush copper face, sunlit eyes, the petaled lips that part … kissing him, like gulping a sky of effervescent stars. She relinquishes to her very real desire.

In the end, when they return, he puts his hand on hers on the doorknob. Snow melts and her home’s threshold is new and solid with trust.

For me, stories are like crossing over thresholds, whether we’re closing our eyes to step into a new world in writing them, or we are readers entering an unknown tale to sit in someone else’s skin. And how often in life do we come across something, like the man on the Tokyo street, that opens our eyes or our hearts to a new landscape of possibility?

Thresholds are about change, one room to another, or one life to another. Sometimes the threshold is defined by great circumstances. But sometimes it’s just the passing gift of beauty and our own moment of trust that opens a new door. 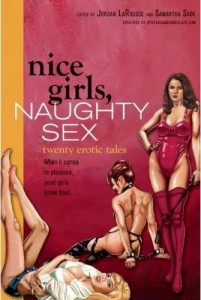 Blurb:
In a remote house, buried under silencing snow, a young girl takes refuge in the fantasy world of literature to bury the pain of her father’s leaving. She disdains the clumsy antics of her brother and his friends, certain that in real life there is no one worth relinquishing her trust to, no Arthurs or Lancelots or Sir Galahads.

But when her brother’s friend Aurelio comes to spend the night, she finds herself watching him, sleepless with fantasies about him. In the morning, at their kitchen table, where he sits in his easy beauty, he catches her staring, and she discovers how it feels when a man knows a woman’s desire. A man who won’t leave it buried.

The next morning, rattling pans woke me. My mother was making breakfast for the boys. A hearty breakfast always for my brother. I understood. I was here; he was away. He had that freckled-face enthusiasm that she remembered in dad.

I wondered for a moment what she thought of his friend Aurelio. Would she flush when she passed him a plate of eggs? Did girls scramble for the desk next to his at school? Teachers change Cs to As when he flashed that smile?

I was angry in the melting morning. Icicles dripped outside my window, and I brushed out my hair, vowing not to shower until I had coffee. When I walked into the kitchen, his mouth was open to a forkful of scrambled eggs. He shoveled them in before he smiled. Anger dissipated. I was the melting icicle.

Between him and me were twelve tile squares, two chair backs, one oblong table with a cracked Formica top, and a great wash of blurring sunlight. No slim belt-line barrier this morning. It was as if the entire room were a blockade. I was braless under the sweatshirt I’d thrown on, and the soft fabric scratched my nipples, sharpening them.

“Morning,” I managed, skirting the counter, as far from him as our small kitchen allowed. He grinned again and bit into the toast.

I was used to pale: The kitchen walls a faded yellow wash, the curtains sheer to sunlight, and all of us fair-skinned Irish. He was a shaft of dark color sitting at our table. Raven hair cut a straight line just above his black shirt collar, only a sliver of brown neck, and his hair fringed down his forehead, meeting black, defined brows. He looked down at his plate, focused on food. And he looked warmer than a hot plate of fresh pancakes, that syrup-colored skin shining in the streaks of sun.

I was staring at the sheen on his cheekbone when I realized he’d looked up. The smile was gone, his warm eyes darker. He knew I’d been looking. I tried a small smile and picked up the coffee mug on the counter, but he only stared.

So this was how it felt when a man knew a woman’s desire. I bit my lip, immediately annoyed with myself for this foolish reaction. Bitten lips. What did that mean?

His arm stretched toward me, that smooth hand wrapping the cold chrome of the chair. Here was a bridge – fingernails, knuckles, forearm. “Are you having breakfast?” he asked, and the chair scraped toward me.

I held the coffee pot up. “Just this for now.” I ignored the bridge, poured the dark liquid into my mug, and started back toward the bedroom.

“Did you get to look at the paper?” he called.

The paper. Yes, it was on my bed. I was stalled in the hallway, between the pull of his stare and safety. I pointed toward my room and nodded. The coffee mug steamed, my hand burning around it. I felt my clothes dissipate with the steam, left standing in his stare. “Yes,” I managed. “It’s …”

I trusted my feet to take me back. I sat on the bed beside the papers. I wanted him. 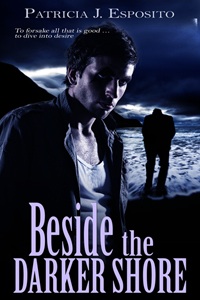 Author Bio:
Trish DeVene (also writing as Patricia J. Esposito) has been a writer of edgy paranormal fiction most of her life, but always knew she had a romantic heart and a tendency toward the sensual. Two years ago she decided to explore that sensuality and sold her first erotica short story. She hasn’t wanted to stop. She’s had numerous stories and poems published in anthologies, such as Nice Girls, Naughty Sex, The Cougar Book, Apparitions, and Lights of Love, and in magazines, including Rose and Thorn, Oysters and Chocolate, Clean Sheets, Karamu, Hungur, Sounds of the Night, and Midnight Street, and her GLBT vampire novel, Beside the Darker Shore, was released this year. Long-time married to the “boy-next-door,” she has two daughters and works at home as a copy editor, when she’s not off exploring the intoxicating realms of the imagination and chasing muses.