Be sure to enter the Giveaway:

A rigged horserace and a marriage offer riding on the outcome. When Miss Eliza Montrose unexpectedly becomes legal owner of the horse tipped to win the East Anglia Cup, her future is finally in her hands – but at what cost?

George Bramley, nephew to the Earl of Quamby, will wager anything. Even his future bride.

Miss Eliza Montrose will accept any wager to be reunited with the child she was forced to relinquish after an indiscretion — even if it means marrying a man she does not love.

But with her heart suddenly engaged by handsome, charming Rufus Patmore who has just bought a horse from her betrothed George Bramley in whose household her son lives as a pauper child, the outcome of the wager is suddenly fraught with peril.

**This is book 3 in the Scandalous Miss Brightwells series, though it can be read as a stand-alone.

Amazon US | All other retailers 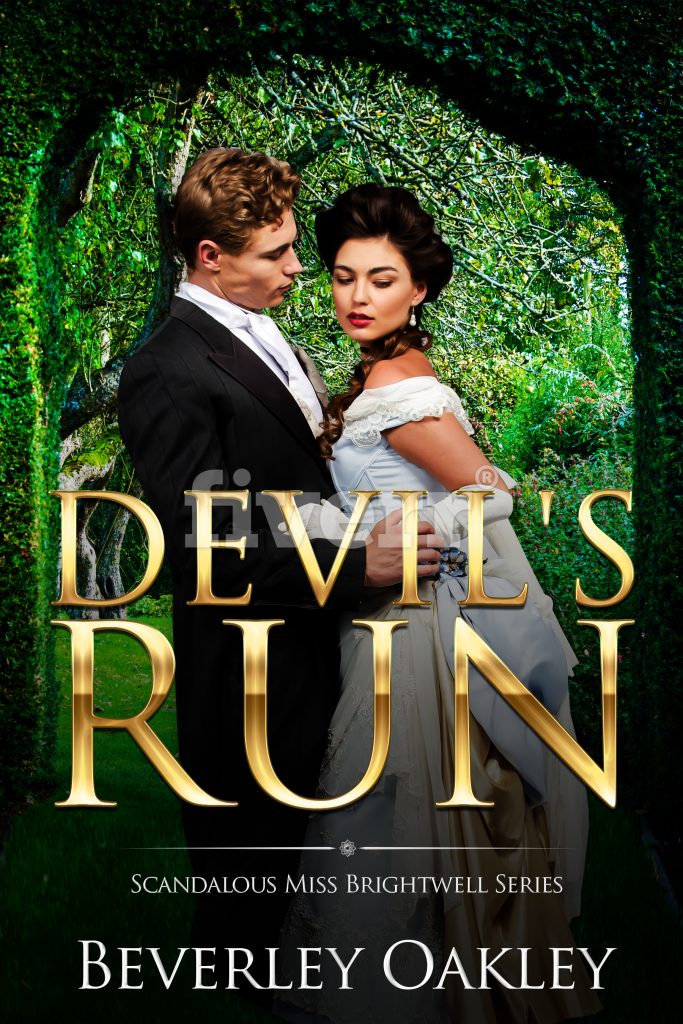 “And there’s nothing else you’d like, my dear? No?” Straightening after receiving a polite rebuff, George Bramley found
it an effort to keep the syrup in his tone. His bride-to-be had not even looked at him as she’d declined the piece of marchpane he’d been certain would win him at least a smile.

Hovering at her side, he weighed up the advantages of a gentle rebuke, then decided against it. Until yesterday, he’d thought her quiet demeanour suggested a charmingly pliant nature. Now he was not so sure. In fact, suddenly, he was not sure of anything.

“A glass of lemonade, perhaps, my angel? Or a gentle stroll?”

“I would prefer to be left alone.” Miss Montrose waved a languid hand in his general direction, while she continued to gaze at the still lake beside which their picnic party had situated itself.

The languid arm-wave had not even been accompanied by a demure thank you as subtle acknowledgement of her gratitude that not only had Mr Bramley, heir to a viscountcy, stepped in to rescue Miss Eliza Montrose from impoverishment, he was prepared to treat her publicly as if she were as fine a catch as he could have made.

A soft titter brought his head round sharply, but the ladies behind him, bent over the latest Ackerman’s Repository, appeared occupied with their own gossip as they lounged on cushions beneath the canopy that had been erected to protect them from the sun.

Awkwardly, he looked for occupation as he continued to eye his intended with a mixture of irritation and desire—both lustful desire, and the desire to put her in her place.

The idea of the latter made him harden. She was beautiful, this quiet, apparently retiring, young woman who said so little, but whose eyes spoke such volumes. The afternoon sun glinted on her honey-gold hair and imbued her porcelain skin with a warm glow. The skin that he could see, at any rate.

He pushed back his shoulders. On their wedding night in six weeks, when he’d at last take possession of her, he’d rip that modesty to shreds. The skin she was so at pains to hide would be his, not only to see, but to caress and taste. When she was his wife, the beautiful, distant Miss Eliza Montrose would no longer get away with paying George Bramley so little attention. No, he’d have her screaming and writhing at his command. He would make her like the things he did to her; or at least, show him she did if she enjoyed harmony as much as she appeared to. None of this languid reclining like a half-drugged princess in his presence. He’d keep her on her toes, ready to leap to his bidding at the sound of his footstep. She’d learn to be grateful.

Feeling ignored and superfluous, he turned to his uncle’s detestable wife, Lady Quamby, and said with a smile, “Perhaps you and Miss Montrose would like to accompany me to the turret. Since you appear to have enjoyed this new novel, Northanger Abbey, so much, you might be interested to know there is an excellent view of the ruined monastery not far from here.”

He was just priding himself on being so attuned to the feminine inclination for pleasure, when Lady Quamby half turned and sent him a desultory smile. “Oh, I think Miss Eliza looks perfectly comfortable, and Fanny and I are having such a lovely little coze.” As if imitating Miss Montrose, she waved a languid hand in his general direction. “Why don’t you take Mr Patmore off to see it? The two of you can tell us all about it when you return.”

The fact that Miss Montrose didn’t deign to even speak for herself, much less glance in his direction, sent the blood surging to Bramley’s brain. By God, when he was married to Eliza Montrose, the limpid look of love so lacking now would be pasted onto her face every time he crossed her line of vision. She’d soon learn what was good for her.

He inclined his head, hiding his fury, and was on the point of leaving when Lady Quamby’s sister, Fanny —for he’d be damned if he’d accord the little strumpet the title of Lady Fenton—leapt up from her chair. She’d been poring over the latest fashions, but now she smiled brightly up at him.

“I’ll come with you, Cousin George. We’ll have an excellent view of the children learning to row from the battlements. I told Nanny Brown she could take them in the two boats if they’d been good.”

Bramley stared down her liveliness. In fact, he was about to give up the idea of going up to the battlements altogether when his other guest, Rufus Patmore, suddenly rose and joined Fanny’s side with a late and unexpected show of enthusiasm.

George flashed them both a dispassionate look. He’d chosen to invite his betrothed, Miss Montrose—whose chaperone was currently tucked up in the green bed chamber nursing a head cold—to be his guest at his uncle’s estate, Quamby House, after receiving intelligence that Ladies Quamby and Fenton would be safely in London with their husbands and children. Instead, the brazen Brightwell sisters—as they’d infamously been called when he’d first made their acquaintance—had altered their plans, and were now in dogged attendance, reminding him as they always had, of some awful tenacious climbing plant, determined to find a foothold wherever they could in order to rise in the world.

Rufus, a last-minute addition and acquaintance from his club, Boodles, was here because he’d just purchased a horse from Bramley the night before. Now, Rufus was gazing at Lady Fenton, with the same dewy-eyed fondness George was used to seeing reflected in the eye of his uncle, the Earl of Quamby, who called the Brightwell sisters his precious rose-buds. To George, they were common dandelions! And now they had overridden Quamby House, the rambling Queen Anne manor house and estate that would have passed to George the moment his uncle quit this mortal coil, were it not for the snotty-nosed infant Lady Quamby had borne far too early in her marriage to George’s uncle.

George shook his head. He’d changed his mind. Only, there was Rufus striding across the lawn, skirting the lake with Fanny at his side, and George didn’t want to be seen as petulant for having offered the suggestion in the first place. Or have his snubbed and ignored status so much on parade, since the two remaining ladies—Miss Montrose and Lady Quamby—had their heads bent together in deep discussion, with no apparent interest in seeking his company.

By God, he thought, clenching his fists as he set off after them at a brisk trot, they’d all rue the day they showed George Bramley so little respect.

Beverley Oakley was seventeen when she bundled up her first her 500+ page romance and sent it to a publisher.
Unfortunately drowning her heroine on the last page was apparently not in line with the expectations of romance readers so Beverley became a journalist.