Posts Tagged ‘The Joy of Sex’

I’m so excited to have Susan Quilliam as my guest today on A Hopeful Romantic. Susan wears a lot of hats. She is a writer, a broadcaster, a consultant and a  mentor on the psychology of relationships and sexuality, among other things. But what she’s most noted for is rewriting what is probably the most famous sex manual of our time, The Joy of Sex, Alex Comfort’s 1972 masterpiece. In 2008 Susan revised The Joy of Sex and brought it roaring into the 21st century.

I had the pleasure of meeting Susan at the Fannying Around Women’s Group founded by Sarah Berry, where she had been asked to speak. After some online correspondence, Susan kindly agreed to allow me to interview her concerning the nebulous, but frightening topic of sexualization. Welcome, Susan!

K D: I think a lot of problems and confusion are caused by people not understanding what sexualization is and confusing it with sexuality. Somehow promiscuity always gets thrown into the equation as well. Susan, could you start by giving us some working definitions, please? What exactly is sexualization and how did it come about?

Susan: Ah….. so many definitions of this term! I guess the most relevant here is ‘sexual perspective’… the way more and more aspects of society today are seen through the 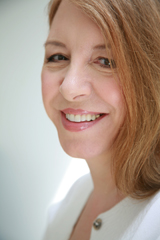 We do live in an age that is arguably more sexualized than ever before. How has it come about? I ran a whole evening around this topic recently at The School of Life (link: www.theschooloflife.com) – we explored the ways in which modern society quite simply makes it much easier to have sex and so more tempting to link sex with everything.

As the last century began, huge social changes such as industrialisation meant that folk who used to live in close-knit, morally-tied villages suddenly found themselves in huge anonymous cities where they were free to do what they liked with whomever they liked. The rise of science and the decline of religion meant all the messages about ‘sex is sin’ suddenly seemed wrong, while with women’s emancipation and then the pill came the possibility of having sex without conception – just for pleasure.

Not that I’m saying that sex just for pleasure is a bad idea! Far from it! But all these changes have meant that sex has been delinked from family life, has been brought out of the bedroom and is far more visible in society. And as with all social changes, that brings some good and some bad in its wake.

K D: How closely linked do you think sexualization is with consumerism? Are two the opposite sides of the same coin?

Susan: Ever since the first prostitute accepted the first fee for delivering sexual favours, sex has been linked with consumerism. But even outside the directly sexual industries, it’s inevitable that as sex is so powerful, people will want more of it – and that those who aim to make money will be harnessing that power: linking sex with products, marketing goods by making them appear to trigger sexual desire, selling services through promising sexual success.

It’s sad that sex is sold in this way… sad that we don’t all have the true intimacy with another person that means we are neither looking to buy sex nor looking to buy things that deliver sex. If we were all loved, physically and emotionally, in a way that made us feel valued, powerful, safe and satisfied emotionally, the link between sexualization and consumerism would be broken.

K D: Is there a solution that doesn’t involve censorship? How much of the solution do you think falls to parents, or even those us who aren’t parents, and how much to the state?

Susan: I personally believe that though we see a great deal of problematic sexualization going on, there are also huge solutions being put in place, both on a personal and on a society-wide level. Maybe I’m being too optimistic – but in my own lifetime we have moved from a high level of ignorance and fear about sex to a much healthier and happier approach. Trust me, having a fulfilling sex life in the middle of the last century was rarely easy and straightforward.

Nowadays parents, though often unresourced, are acting to protect their children. School sex education, though often minimal, is now seen as necessary. Adults too are maturing in their attitudes to sex; there is a growing awareness in society of the value and power of sexuality – and that it needs to be treasured and taken seriously. Plus organisations such as the Family Planning Association and Relate are working to promote positive sexuality.

K D: The main concern about sexualization seems to be its effect on children. Is it a problem for adults too?

Susan: Yes – though as I say above, I’m optimistic that as a society we are maturing in our attitudes to sex. But the latest figures on sexually transmitted infections show that there’s a steep rise in disease in the over-40s, who think that they are immune and take risks; this is a clear reflection of the way adults too are hitting problems in this respect.

K D: I hope I’m not being sexist in asking this question, but I just have to. Is sexualization a feminist issue? I ask that because most of the images with which we’re confronted on a daily basis, whether on billboards, the internet, movies or women’s magazines are of women and geared toward women – and little girls.

Susan: I agree that sexualization is a feminist issue. Females are bombarded with images that suggest they will be valued more if they present themselves as sexually knowledgeable and active. As an agony aunt I often get letters from early teenage girls saying that they want a boyfriend to love them, and hence are going to do sexual things that they don’t necessarily want to do.

But this isn’t a one-sided issue. I get letters from teenage boys saying the same, saying they feel under pressure to perform in order to impress their girlfriends. So sexualization may be a feminist issue, but it is also a ‘masculinist’ issue too.

K D: How do you think a sex positive society would change the landscape where sexualization is concerned? And how do you see that happening? 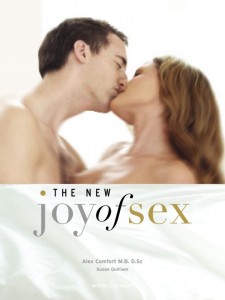 Susan: Let’s first define what we mean by a sex positive society: a society where sex is seen as a Good Thing, but because it’s a Good Thing, should be valued and treasured. I do believe that if we made a shift to that belief, things would change hugely; much of our unhealthy obsession with sexuality comes from a rebellion against inhibition and guilt. If we were genuinely taught that sex is wonderful, we’d be far more likely to approach it wisely, respectfully and healthily.

There’s proof of this, too. A number of studies have shown that when young people are taught about sex, and told that it’s enjoyable, they are far more likely to wait to have first sex and to have that first sex within the context of a caring relationship. So the first approach here must be to resource parents, schools and the media to present a perspective on sex that doesn’t label it as bad and wrong.

This may take decades if not centuries – but to me it is certainly the way forward. For thousands of years, guilt and punishment haven’t worked to discourage sexual expression; we need to try something different.

Susan: I agree with you that artists in general have a huge role to play in offsetting sexualization because they reach through to people’s souls in a way that informational health campaigns, albeit useful, simply can’t.

We learn from art by feeling with, by reacting to, by taking on board deeper messages than simply factual ones. So I would encourage all artists to make the messages they give out about sex emotionally literate, with the right values, not in any prissy way, but in ways that teach us what the best sex can be- a heady mix of physical and emotionally connection.

K D: And how about everyone else? What can we all do to combat sexualization?

Susan: Speak out when we see abuse of the wonder of sex, support others who speak out, encourage society as a whole to make a stand.

K D: Since the internet gets a healthy dose of the blame for sexualization, how much of that blame do you think it deserves? Can it also be a part of the solution? If so, how?

K D: Thanks, Susan! And thanks so much for sharing your time and helpful insights with us. All the best to you!

Susan Quilliam is a writer, broadcaster, consultant and mentor on the psychology of relationships and sexuality. She works closely with the Journal of Family Planning, the Family Planning Association and Relate. Her 21 books are published in 33 countries and 24 languages; in 2008 ,she rewrote the seminal manual The Joy of Sex.