It’s always a pleasure to have Sommer Marsden on A Hopeful Romantic. Today Sommer is talking about her tasty tale, Taste It, from The Secret Library anthology, The Game. Welcome back, Sommer. My mouth is watering already!

Or at least in the cooking studio. The story behind my story Taste It is born of many, many, many nights (and days!) spent watching reality cooking shows on TV. I have a list as long as my arm, if you ask me, of TV cooking shows to which I’m addicted: Chopped, Top Chef, Iron Chef, Restaurant Impossible, Next Food Network Star and my favorite (at the moment) Around the World in 80 Plates. There are more, but my mind is shutting down and I’m having that junkie itch to try and find one on demand and watch it RIGHT NOW!

I was in the middle of a long stretch of watching and rewatching such shows—there happened to be a whole slew of them going at the time—when I got the call for The Secret Library. I tend to get hooked on shows and then if they rerun them, I’ll leave them on as background noise. Bubble gum for my brain. Something to do when I look up from writing. 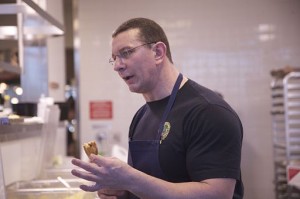 I always give myself a moment, when I get a specific call, to shut my eyes and quietly sit there. A silent second to let whatever might be lingering just below the surface of my thoughts float to the top. It’s often the best way to get the idea for a story, in my humble opinion. What did I see behind my closed eyelids?

When I started to write Taste It, I discovered two things. Firstly, there is a sweet and situationally (think I just created a word) inappropriate attraction between Cole and Jill. And secondly, both of these people have something to prove—to  themselves more than anything. They are both witty and strong and determined, but once the connection between them is made due to the weight of attraction and the beauty of blind fate…well, once that happens, I also discovered they are both very giving. 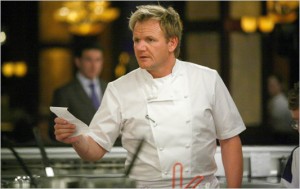 I love when two noble characters with big hearts fall for each other, don’t you? I know what you’re thinking, “Well, you are pulling the strings, Sommer.” I can see why you’d believe that, but it’s not 100% true. The real story behind any story, for me at least, is that I’m not really pulling the strings at all. I’m just along for the ride. Following the characters my brain has conjured to wherever it is they might be going. In this case, they were going straight into love…and possibly the kitchen! 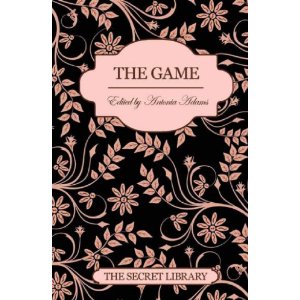 Excerpt from TASTE IT:

Jill suppressed a yawn and it was true they were contagious because a second later Cole did the same.

He stroked her hair and she realized why cats always looked so smug and satisfied. It felt good.

“Who are you proving yourself to?” he asked lazily.

The sheet was the only thing on them and the heat off his body was keeping her warm and toasty. The hotel stayed fairly warm but the outside temperature in D.C. was roughly thirty degrees.

“The general public,” she admitted. Then she confessed the whole messy sous chef thing and the scandal and the way it had felt to have people questioning her restaurant and the integrity of her staff. “One person ruined my reputation and I want it back.”

He nodded showing he understood and moved on to stroke her back. Even through his tee it felt good to have his hands on her. It pleased her more than she’d ever admit that he remembered her from the cooking demo they’d both attended. Jill had thought she was the only one who recalled their former meeting—no matter how brief. She’d thought him very handsome and way too interesting even then.

“How about you?” she asked, tickling her fingertips along the ladder marks of his flat stomach. The man worked out, that was for sure. Jill wasn’t so used to the chefs she worked with being so…ripped.

He blew out a long sigh and said, “Myself.”

“That’s it? Yourself?” she said, grinning. She gazed up into those amazing blue eyes and when she saw the look on his face her grin faded.

All the words left her and she simply watched him talk. Her heart beat had sped up and a tiny bit of anxiety worked its way beneath her skin.

“I had a marriage that failed and too much stress in a restaurant that also failed—thanks to the marriage—and I stared drinking. Heavily. About a bottle of vodka a day.”

“And I ruined a lot of stuff and hurt a lot of people and then…I got my shit together.” He shrugged again and continued to stroke her long hair with a gentle touch.

“So now I am proving to myself that I have fixed my problems and am back to myself—better, actually—and deserve all the good things that are happening to me.”

“So when you said you don’t drink anymore…”

“That was why.” He touched her nose. “And if you want to you can totally sta—“

Jill sat up, fear blazing a yellow trail through her gut. “I do have to go. I won’t sleep here. I won’t sleep because it’s a strange room and because,” she nodded down at his fine bare form, “you’re all naked and hot and stuff.”

She smiled wide and when he echoed it with his own smile her heart knocked hard in her chest. “I think you left cute behind about eight bus stops ago,” she said, parroting his kindness from earlier.

“It was six bus stops,” he said, touching her bottom lip in a way that made her think sinful things.

“Mine is eight,” she said, rising up fast to kiss him.

He cupped her face and made her slow down. He made her kiss more leisurely and lazier and God, so much more intensely. Then she ran like the devil was on her heels. She was terrified. Terrified!

Cole Roberts made her almost wish for him that he’d win Best Chef. She almost didn’t care if she saved face. And what…the hell…did that mean?

Buy The Game from:
Amazon UK
Amazon US
The Book Depository