Thinking Outside Your Box … Or Writing Isn’t Always About Writing

Sure, we may all want to just cuddle in our little garrets, a purring pile of fur in our laps, leather patches on our sleeves, a pipe at the ready, and do nothing but write masterpieces all day and night – with periodic breaks for binge-drinking and soon-to-be legendary sexual escapades – but the fact of the matter is that being a writer has totally, completely, changed.

I’m not just talking about the need to be a marketing genius and a publicity guru – spending, it feels too often, more time tweeting about Facebook, or Facebooking about tweeting, than actually writing – but that authors really need to be creative when it comes to not just getting the word out about their work but actually making money.

A lot of people who claim to be marketing geniuses and publicity gurus will say that talking about you and your work as loud as possible, as often as possible, is the trick … but have you heard the joke about how to make money with marketing and PR? Punchline: get people to pay you to be a marketing genius and/or a publicity guru. In short: just screaming at the top of the tweety lungs or burying everyone under Facebook posts just won’t do it.

Not that having some form of presence online isn’t essential – far from it: if people can’t find you, after all, then they can’t buy your books. But there’s a big difference between being known and making everyone run for the hills – or at least stop up their ears – anytime you say or do anything online.

Balance is the key: don’t just talk about your books or your writing because, honestly, very few people care about that … even your readers. Instead find a subject that interests you, and write about that as well. Give yourself some dimension, some personality, some vulnerability, something … interesting, and not that you are not just an arrogant scream-engine of me-me-me-me. Food, travel, art, history, politics … you pick it, but most of all have fun with it. Forced sincerity is just about as bad as incessant narcissism.

Okay, that’s all been said before, but one thing a lot of writers never think about is actually getting out from behind their computers  or out of their garret to take in the opening to this. Sure, writing may far too often be a solitary thing, but putting yourself out there in the (gasp) real world  can open all kinds of doors. I’m not just talking publicity-that-can-sometimes-equal-book-sales, eithe. There’s money to be made in all kinds of far-too-often overlooked corners.

Not to turn this to (ahem) myself, but in addition to trying to do as many readings and appearances as I can manage … or stand … I also teach classes. One, it gets me out of the damned house and out into the (shudder) real world, but it also, hopefully, shows people that I am not just a writer. Okay, a lot of what I teach – from sex ed subjects to … well, writing – has to do with my books and stories but it also allows me to become more than a virtual person. 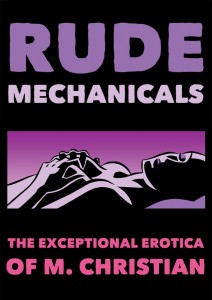 By teaching classes and doing readings and stuff-like-that-there I’ve made a lot of great connections, met real-life-human-beings, and have seen a considerable jump in book sales. Now don’t let me mislead you that this has been easy: there are a lot of people out there who perform, teach, lecture, what-have-you already so often it means almost starting a brand new career. Sscary and frustrating doesn’t even begin to describe it. But, in the end, the rewards have more than made up for the headaches.

Now you don’t have to read, or teach, or whatever. The main point of this is to think outside of your little writing box. If you write historical fiction then think about conducting tours of your city and it’s fascinating secrets and back alleys; if you write SF then think about starting a science discussion group – or even joining one. Like art? How about becoming a museum docent? Write mysteries? Then organize a murder party – or just attend one.

You don’t have to make you and your work the focus of what you are doing. As in the virtual world, connections can come from all kinds of unexpected directions – which can then even lead to new opportunities … both for your writing but also as a never-before-thought-of-cash stream.

My classes and lectures and whatever have not just brought me friends, book sales, totally new publicity venues, but also ($$$$) cash!

It’s also a great way of balancing my inherent shyness with the need to get out there and be a person – which always helps not just sell whatever products you happen to be selling but can also be extremely good for (not to get too metaphysical or something) the soul. Sure, we all might want to be left alone in our little garrets to writer, write, write, but the fact is that writing can be very emotionally difficult …. to put it mildly. But thinking outside of your box you can not just reach new, potential, readers but also possibly find friends and an unexpected support system.

Teaching may not be for you, readings may not be for you, but I’m sure if you put your wonderfully creative mind to it, you can think of a way to not just get the word out about your work but also enrich yourself as a person. It might be painful at first, but – believe me – it’ll be more than worth it. 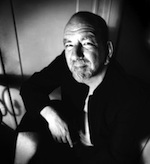 Calling M.Christian versatile is a tremendous understatement. Extensively published in science fiction, fantasy, horror, thrillers, and even non-fiction, it is in erotica that M.Christian has become an acknowledged master, with more than 400 stories in such anthologies as Best American Erotica, Best Gay Erotica, Best Lesbian Erotica, Best Bisexual Erotica, Best Fetish Erotica, and in fact too many anthologies, magazines, and sites to name. In erotica, M. Christian is known and respected not just for his passion on the page but also his staggering imagination and chameleonic ability to successfully and convincingly write for any and all orientations.

But M.Christian has other tricks up his literary sleeve: in addition to writing, he is a prolific and respected anthologist, having edited 25 anthologies to date including the Best S/M Erotica series; Pirate Booty; My Love For All That Is Bizarre: Sherlock Holmes Erotica; The Burning Pen; The Mammoth Book of Future Cops, and The Mammoth Book of Tales of the Road (with Maxim Jakubowksi); Confessions, Garden of Perverse, and Amazons (with Sage Vivant), and many more.

M.Christian is also the Associate Publisher for Renaissance E Books, where he strives to be the publisher he’d want to have as a writer, and to help bring quality books (erotica, noir, science fiction, and more) and authors out into the world.