Jane Riddell Shares How to Get Your Words’ Worth

I’m very pleased to have editor and novelist, Jane Riddell, at my place today. Every writer has nightmares about not giving their babies the best possible editing, and nothing. We certainly want the best for our readers. Knowing my own angst about giving my book the best editing, I jumped at the chance to have Jane on my blog so that I could pick her brain for some ideas that might help both writers and readers at the end of the day. And so that she could tell you all about her wonderful new book on editing, Words’ Worth. Welcome, Jane! 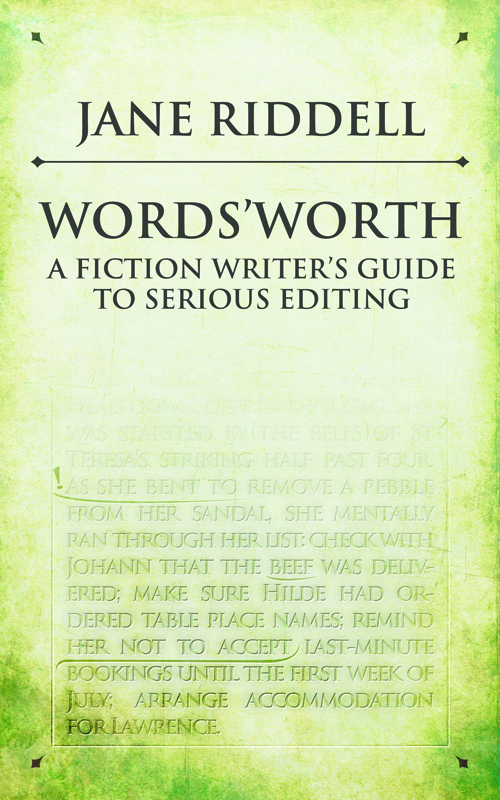 KD: Jane, what inspired you to write a book about editing?

JANE: When I began editing my first novel, Daughters of the Lake, I had a small list of things to check for but found myself constantly adding to it. The more I learned about writing, the more things I felt required checking. It felt overwhelming, so I decided to put my checklists into table form, so that I could tick things off when I’d done them. It also meant that I didn’t have to follow a particular order in my checklist because I knew exactly what had and hadn’t been done.

When finding myself longing to explain my system to any writer who’d listen, it became obvious that I should turn it into a book and hence Words’Worth: a fiction writer’s guide to serious editing was created. It’s a small guide – 54 pages – but more comprehensive than it looks at first sight. I continue to use this method of editing my novels because it works, although it takes time and can be tedious.

KD: Tell us a bit about yourself, Jane, and about your other books.

JANE: I came to writing seriously quite late in life. For many years it was a hobby, something I fitted in around work. When we planned to move to France for three years (2006 – 2009), I knew I wouldn’t be able work there with such limited French. A month or so before we left, on a wet Saturday afternoon at the gym, walking on a treadmill and listening to Martha Reeves and the Vandellas singing Dancing in the Street, I had a defining moment.: I thought ‘I’ll give writing a go.’ And I haven’t looked back. Interestingly, it was only during our second year in Grenoble that I was able to tell people I’m a writer, without that critical demon in my head accusing me of being a fraud.

My first novel was Daughters of the Lake, a contemporary family drama set in Switzerland. The idea came for this while I was on holiday in Brunnen on beautiful Lake Luzern in Switzerland. It’s told in four viewpoints – the mother’s and those of her three daughters. I think that at a subconscious level it was inspired by Anita Brookner’s Hotel du Lac, although the plot isn’t at all similar.

Chergui’s Child is my second novel, and it’s about a woman who receives a large inheritance from her aunt, and also a revelation which changes her life. It’s set in London, Morocco and the south of France.

I’ve recently completed a novella – The Bakhtin Chronicles: Academia, about a Russian cat who comes to Edinburgh to 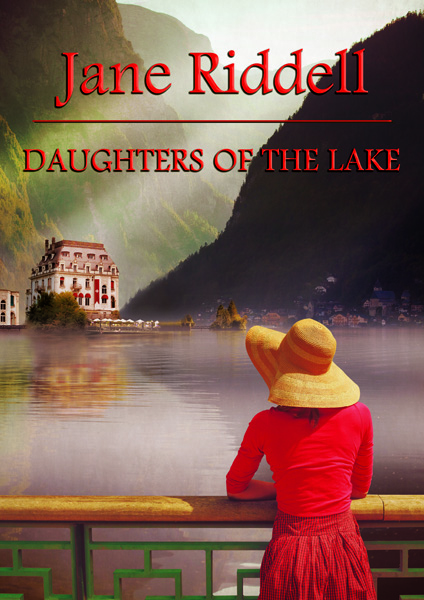 study creative writing and struggles with literary theory. The inspiration for this came from my own experience of failing to understand the relevance of French philosophers and literary critics to writing, while I was studying for a Masters in Creative Writing. It was therapeutic after a miserable academic year.  Doubtless some will consider me mad when they read it, but as all writers know, insanity is a good personality trait. I plan to publish Bakhtin some time before Christmas.

KD: What is the biggest editing problem you think novelists have?

JANE: Eliminating unnecessary words. A big chunk of Words’Worth is devoted to this. Strong, descriptive verbs don’t require adverbs. And sometimes verbs are surplus: ‘I’m going to have to’ can be shortened to ‘I’ll have to’ without sacrificing meaning. People don’t ‘begin to laugh’, they simply laugh. By deleting words that can’t justify their space on the page, it’s possible to lose thousands of them. And I do – in each novel…

KD: If you could give just one piece of advice to writers to make their editing tasks easier what would it be?

JANE: Have checklists rather than keeping in your head everything that needs to be done. Allow enough time for the editing process – it may take longer than writing the first draft did.

KD: Tell us a little bit about your next project.

JANE: When I’ve finished my current novel, I plan to write a second version of Words’Worth, this time targeting business writers. And I’m considering writing another Bakhtin novella, perhaps about working life after university, or perhaps about a writer struggling to promote his/her work.

KD: Do you, as a writer, have editing shortcuts that make your life easier? If so, what are they?

JANE: Not really. I plod through my lists each time. But a key point in Words’Worth is that the writer can personalise the checklists for every novel. Initially, I included checking for unnecessary adverbs and unnecessary prepositions. I don’t include these items now because searching for them rarely showed either of these and I was wasting time.

JANE: The often dispensed advice, ‘Keep going’ is fine, but only if at the same time you are working hard to improve your writing technique. This makes sense: if you made a chocolate cake that no one liked, you’d find another recipe rather than continue to use the old one in the hope of finding someone who thought the cake was yummy.

I’ve found that the best ways to improve my writing are to read the ‘how to’ books, read fiction as much as possible to see how other people write. Receiving feedback on my writing has been invaluable, but it’s important to be discerning about choosing readers. 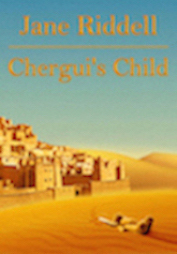 Olivia is recovering from a traumatic event five years earlier, when she is summoned to the bedside of her dying aunt, Dorothy. Shortly afterwards, she learns that her aunt has left her a large sum of money and a letter containing a startling revelation. From Morocco to London to the south of France, this is the story of one woman’s journey to make her life whole again.

Two days later as I handed a £20 note to the taxi driver, I could still visualise my aunt’s pallid, dying face.

‘Hey – your change,’ he called after me.

I took the money, scrambled up the steps and pressed heavily on the brass doorbell of the lawyer’s office.  In reception, I removed my jacket and perched on a leather armchair, wondering again why I’d been summoned.  What was so important it couldn’t be discussed over the phone?

The paintings on the drab green walls did nothing to lift my spirits: cherubs hovering round a tormented loin-clothed man; mountains tumbling into a murky lake.  My fingers drummed the armrests as my thoughts reverted to the evening before. James had arrived late, and from the window of my third floor flat, I’d watched him adjust the metal coat hanger that served as an aerial for his Citröen.  His perfunctory peck on my cheek irritated me.  When he left early, claiming a headache – from my incense, of course, not his smoking (nothing that happened to James was ever his fault) – I’d been relieved.

Exhaustion permeated me: no Dorothy, and the funeral to endure tomorrow.  Ten fifteen.  Where was the lawyer?  I flicked through a National Geographic article about Iceland, closed the magazine.  The door opposite opened, two men shook hands and one of them left, smiling at me as he passed.

‘Miss Bowden, I’m Charles Minto.  Apologies for summoning you at such short notice and for keeping you waiting.’

I followed him into a large, sparsely furnished room, sat down and surveyed my surroundings, wondering if their soothing cream colours eased the stress of divorce, financial worries and problems with neighbours.  Outside, the wind buffeted leafless trees and the sky showed no inkling of sunshine.

‘I am sorry about your aunt’s death,’ he said, smoothing back his white forelock.  The glare from his specs reminded me of my former headmaster, but the lawyer’s aura was calmer.

‘I didn’t manage to talk to her.  I was in St Albans when she had her stroke.’

‘Your father told me.  I contacted you to tell you about Dorothy’s will.’

How much more caring he sounded, using Dorothy’s name.  ‘Her will?’

He nodded, studying me with sudden intensity as if I were a specimen in a lab.   I wanted to parachute myself home, to work, anywhere.

‘She changed it the day before she had her stroke.  You are the main beneficiary.’

My pulse raced.   ‘But… this isn’t…  What about William, what about my mother?  Does she know?  Will I have to tell her?’

His eyes softened.  ‘Your aunt was adamant you have the money.  She has provided well for William but the rest has been left to you.  The figure is about £700,000.’

‘There’s something else.  Dorothy dictated a letter to you on the day before she died.  This was when she changed her will.’

He handed me the envelope.  ‘Take your time – the contents are… unusual.’

My heart clamoured for escape.  I wanted Dorothy, not her money.  I didn’t want to read a letter, I didn’t want to discuss finances.  All I yearned for, in fact, was my cosy duvet and sleep.

After peering at my name on the envelope, I opened it and scanned the letter.  Then I reread it, the letters dancing like pixies.  When finally I glanced up, the green and maroon circles on the lawyer’s tie swirled.  Struggling to breathe, I reached into my bag for my inhaler.

Mr Minto waited for a moment, then handed me a glass of water.  ‘Drink this, please.  You’re in shock.’ 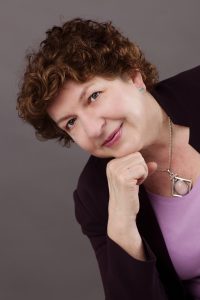 Jane Riddell is a Scottish writer based in Edinburgh. For years she worked for the NHS as a dietitian and health
promoter, writing being a hobby. In 2006 she impulsively moved her family to France, and during her three years there writing became a passion.

Jane summarises herself as: enthusiastic, well-intentioned, hopelessly inadequate with technology, having a dysfunctional relationship with time and addicted to chocolate, her only vice (to date). Her partner describes her as a benign crocodile. She loves: sash windows, perfume, wild weather, photography and films. Travel is her passion, especially pet sitting in other countries. To date she has looked after: dogs, cats, stick insects, turtles and parrots.