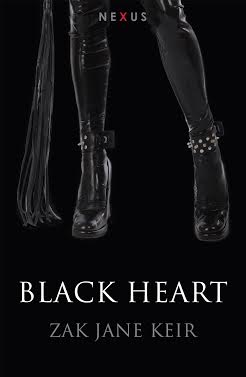 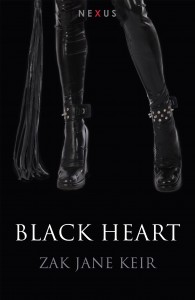 While I still haven’t actually read 50 Shades of Grey, I read a lot of the hype and praise – and criticism – of it last summer, and I started thinking about how boring I personally find the whole trope of Vacant Virgin and Bastard Billionaire. I wanted to do something that was about as far away from the standard woman-discovering-true-sexuality-at-the-hands-of-a-master as I could get, and I had this initially vague idea of an older woman and a gorgeous young man. And I decided to make him a musician because I have always been a rock chick with a serious weakness for musicians. That led on to the idea of two musicians in the same band, both of whom lust after the older woman and also have a strong attraction for one another and similar sub/bisexual fantasies.

I already had a ‘universe’ to work in, because I wrote a novella about five years ago called The Master’s Voice, which featured Ricky and Malorie, a couple of switches who run a sex shop and their friend Natasha, a dominatrix. I’ve also written a few short stories set in that world, and I felt as though I had a place to start, although Rosa, Daniel, Gary and Kester were all new characters. I think initially I was considering Rosa as someone who had left the fetish scene to marry some man who turned out to be a loser, or too vanilla, and then she would decide for some reason to go to a club for the first time in years and see Daniel on stage, but that seemed a bit too unoriginal. Also, Rosa was starting to come alive in my mind, and she just wouldn’t have done something like marry a bore; I wanted to make her back story more interesting than that, and also for her to have a reason for leaving the scene that wasn’t actually about having a broken heart or ‘falling in love’ and wanting to give up kinky stuff for the sake of Mr Right.

I’ve been ‘out’ on the fetish scene for years in real life, and I remember what it was like before the Internet was such a big part of all our lives – and also what the early days of online kinkiness were like. People did get terribly paranoid about the possibility of being outed as perverts, even though it was getting less and less of a newsworthy thing by the turn of the century, and also it was very easy for rumours to get a bit out of hand. I had a lot of fun dredging up my own memories of fetish clubs in the past, as well as going to some of the newer ones in the name of research for the present-day scenes.

One other thing I was determined to do was keep away from the concept that everyone is in, or aspires to be in, a monogamous heterosexual relationship. So there are maid-and-mistress relationships that don’t involve any actual genital sex; threesomes, a bit of gender ambiguity, lots of bisexuality and plenty of bondage and beatings.

Rosa’s has tried to put her kinky days behind her, and built a new life as the landlady of a popular pub. But the past isn’t easily forgotten. It seems like her beautiful new barman Daniel really needs a strict Mistress to take him in hand, and it’s Rosa he has a deep submissive crush on.

But Rosa’s previous ventures on the scene ended badly, and Daniel’s relationship with the drummer in his band is closer than he’s letting on. It seems like everyone’s got a dirty little secret deep inside…

Excerpt:
Maybe I am a goddess, she thought. Maybe I could be. Up here, adored, admired, all eyes on me and on my… victim? My prey? I could get so addicted.

His buttocks were already marked with stripes from the cane: three distinct strokes, perfectly spaced. They quivered slightly as he shifted his feet, presumably growing impatient for the next anticipated hit. Out there, in the darkness, she could hear the muted roar of the audience: chattering, whispering, encouraging, and she raised the cane again. It felt good in her hand; thin and whippy and just the right length. Her face felt hot in the black leather mask, and her nipples were hard. Down came the cane with a whoosh and a crack, and his whole body jerked, but he didn’t attempt to straighten up. 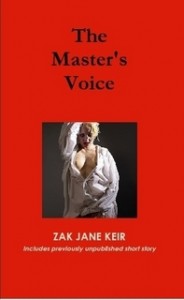 This one was a good bottom, obedient and respectful. He appeared to have plenty of self respect as well, and she liked that. She could be remote and cool and untouchable with the grovelling ones and the snivelling ones, but a little bit of personality, a touch of cockiness, those things appealed to her a whole lot more. Another swish, another impact. She’d laid five hard ones on his arse now, and there was one more to go. She licked her lips, drawing out the pause, making him wait for it, making them all wait for it. He wriggled, beginning to squirm, and she realised he was rubbing himself against the whipping stool, that his cock must be hard and in need of relief.

She wondered what was going to happen about that. Would it be considered her responsibility? Did she want to do anything about it? She didn’t want to take him home with her and though she knew that other people sometimes made use of the toilet cubicles for a more direct and immediate release of sexual tension, she didn’t think it would be at all appropriate for her to do so tonight. They were all supposed to perceive her as wholly out of reach, the one who gave nothing away, no matter what rumours they might have heard. That was why she covered herself almost completely in PVC and leather; skintight trousers tucked into high boots, a waistcoat over the corset that pushed her breasts up and out but still concealed all but a tantalising glimpse of cleavage and long, soft leather gloves as well as the mask.