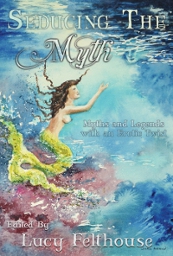 Not wanting to risk another dream, I settled on the sofa with my laptop. I found myself looking at the works of great sculptors, Michelangelo, Bernini, Rodin, trying to think what made Magda Gardener’s sculptures different. There was sex, there was passion, there was violence, even rape. All were themes of the great sculptors. Bernini captured the very essence of Hades dragging Persephone off to hell – her terror, his lust – and no one could look at that sculpture and doubt what would happen next. Yet the horror was once removed, as though the stone itself has rendered safe and distant what was savage and terrifying, what was a breach of human decency.

But Magda’s sculptures practically burst from the stone into life, into whatever mute terror secretly torments them, as though the sculptor fully understood that our most hideous nightmares are the ones born from the twisting and disfiguring of our most vulnerable passions. Could there be anything more horrendous than our deepest fear realised at the very point of ecstasy? Horror films capture it perfectly. The young couple, caught mid-fuck, always see it coming, and their last battle is the battle between ecstasy and horror.