The Psychology of Dreams 101: Part Three 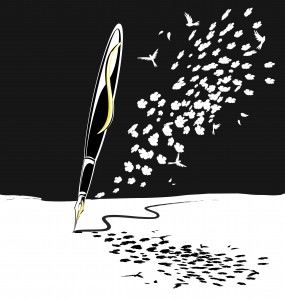 In Part 3 of The Psychology of Dreams, Leah and Al decide to take their punishment dreams to a hypnotherapist.

What if you got punished when you didn’t get your dreams right? That’s the dilemma our heroin, Leah, has in the second instalment of The Psychology of Dreams 101.

No, I didn’t dream it, and I’m seriously hoping I don’t get punished like Leah and Al do if I don’t get it quite right, but The Psychology of Dreams did bubble up from somewhere in my unconscious last week, and I had to share it. The Muse has been back knocking around in my imagination again, so today I’m back with another instalment of a new serial.

Part 3 of The Psychology of Dreams 101 is a quick and dirty today, finished hurriedly after I sent a mega-manuscript off yesterday evening, so please excuse any typos, as I’m out the door and will hopefully give one more read-through when I get back home.

If you missed episode 2, find it here.

“When I wake up,” Leah said, “well, I’m always so … aroused, I can’t do anything until I … touch myself. And then, after I’ve gotten some relief, I feel guilty, oh not that I’ve masturbated,” she waved a hand to negate any comments he might make about her guilt. “I’ve masturbated since I was eleven, and being on my own, working from home as I do … well, it’s an outlet.”

“I understand,” Al said gently, “as one practitioner of self-love to another.” He said it with a sympathetic smile and not a trace of a blush, but Leah reminded herself that the man did have a PhD in some obscure branch of psychology. She wondered how he ended up teaching a class on dreams for an obscure adult education program, but that was a thought for another time.

She continued. “What I do feel guilty about is … well it always feels like there’s a disconnect, you know? Like maybe if I’d let you finish punishing me, if I could have slept through to that point, then maybe I could dream better, you know, do it right, see what’s supposed to happen next.” She quickly added, “I know that sounds absurd, like dreams are a series on TV and you can get them in a box set once the season finishes.”

He chuckled at that, but made no comment. For a moment they sat in silence with him nodding his agreement. Then he cleared his throat, once then again, and tugged at his open shirt collar. “I sometimes feel like if I could just stay in the dream until after the punishment then, I don’t know, then something really important would be revealed, if that makes any sense.”

“Me to!” She scooted her chair closer and lowered her voice, ‘like if I take my punishment, the reward will be the best dream ever. I suppose that sounds silly, because how can a dream be a reward? But that’s how it feels, that I can’t get to the dream, the really important dream, until I can make it through the punishment. Do you think maybe I should try some lucid dreaming techniques?”

“Wow! I see that you have read way ahead,” he said. “While many people find lucid dreaming an intriguing possibility, and I always encouraged my students to play around with lucid dreaming, it’s been my experience, even when I have a lucid dream, even when I’m aware that I’m dreaming, I’m never able to exert any control.”

“I had a great aunt who used to make a tea of valerian root, passion flower anise and several other

herbs whenever she wanted prophetic dreams.” She gave a little shrug. “She was Wiccan back before it was cool, and she was a bit scary at times.”

He chuckled softly. “Magic mushrooms, hallucinogenic drugs, vision quests, all those sorts of things, are often tools used for enlightenment. Certainly forms of physical abuse, deprivation, fasting, even flagellation, were all in an effort to reach the divine or the deeper self. Do you think we’ll find enlightenment if we get through our punishment dreams, Leah?”

“Well who wouldn’t want that?” he replied, his eyes sparkling with mischief.

There was another silence, and more staring down at their feet, then he looked up at her. “Perhaps it’s all the same thing.”

When she only offered a blank stare, he rubbed his palms against his trousers and squared his shoulders. “I mean your aunt took a mix of herbs, some people take drugs, others take beatings, but all with a similar end in mind.”

Leah felt her pulse jump. “I know a little, what I’ve read is all. Isn’t it sort of the altered state where submissives go in their heads, sort of a separation from their bodies after prolonged pain or pleasure?”

He nodded still holding her gaze.

“You think that our dreams are trying to get us into … the equivalent of subspace to access the mega-dream or whatever it is?”

“It’s a possibility, isn’t it? I mean we never get there in the dream and we always wake up unsatisfied with the distinct impression that we would have understood if we’d only stayed with it.”

“And what about the notes?” She said. “They seem to be saying just the opposite. They seem to be assuring us that we’re doing it right, and yet we get nowhere.”

“But a part of reaching that altered state is letting go. We both come back from the dream because we’re so desperate for an orgasm. We don’t stick around long enough to get to subspace or whatever the dream equivalent is. I took a meditation class once and the instructor told us that the more we think about getting it right when we’re trying to meditate, the less likely we’ll ever actually meditate. There’s something about letting go, about giving up expectations and giving oneself over to the experience. I understand that subs give over the control of their orgasm to their Doms, and that they can maintain that state of heightened arousal. That the orgasm isn’t the end all, but a part of the whole journey, and sometimes not even that. Of course my knowledge of BDSM is limited,” he added quickly.

“But isn’t that what falling asleep is essentially — the giving up of control to the unconscious?” Leah gave an embarrassed little laugh. “I’ll admit I find the spanking both arousing and frightening, but I want what’s at then end of it, not the spanking itself.”

“But that doesn’t change the fact that I don’t know how to do that, does it? For me, it’s never been
a lucid dream. I never know I’ve dreamed until I wake up. I suppose we could try herbs. I’m not comfortable with drugs. There’s hypnosis, maybe.”

“I know a psychiatrist who does hypnotherapy. It might be worth a try,” Al said. “Let me talk to him.”

Dr. Derrick Clyde was a big man, several inches taller than Al and much broader of shoulder. While Al had a lean endurance athlete’s build, Dr. Clyde could have been a body builder. He was deep-chested and, though he wore a sports jacket when they met him in his uptown office, there was no disguising the man’s physique.

“That about sums it up,” Al said, patting Leah’s hand reassuringly. “I know it’s a strange request, but –”

“All right,” Dr. Clyde cut him off at the pass. “I’ll do it.” Before either of them could offer their thanks, he raised a hand. “I’ll do it on one condition.”

“Which is?” Al shifted on the sofa and his spine stiffened.

Leah didn’t miss the twitch of the muscles along Al’s jaw in response and the sudden rush of color to his cheeks, but he said nothing, only squared his shoulders and offered a nod of agreement.

“Good.” Dr. Clyde offered his best analyst smile and glanced down at his watch. “I have a free hour now, if that would work.”

To this, Al sniggered and Dr. Clyde shot her a quirk of a smile. “Oh that won’t matter. I’ll just give each of you a word you say when you turn off the light and crawl into bed – at whatever time that may be, in whatever location – and the word will represent the command that you stay with the dream until it’s finished.”

After the uncomfortable experience of rehashing the dreams again, while Dr. Clyde listened and nodded without comment, they both got comfortable – as comfortable as possible under the circumstances, seated at opposite ends of Dr. Clyde’s Cordovan leather sofa and, the next thing Leah 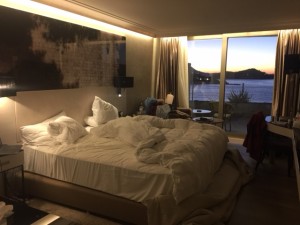 knew, the psychiatrist snapped his fingers. “All done,” he said when she gave him a confused look.

“Seriously? I don’t remember anything,” Leah said, feeling like only a second had past. “What about the word?”

“Don’t worry, it’s all right there.” He gently tapped her temple with the tip of his index finger. “The suggestion should help you stay in the dream until it reaches its natural conclusion. It won’t keep you asleep if, for instance the phone rings, there’s a knock on the door or the smoke alarm goes off. It’s designed only to work under normal REM sleep conditions. From what you’ve told me, something in the subconscious is keeping both of you from finishing the dream, and while I think that you’d be much better doing a few sessions of therapy before we do try hypnosis, you’re not my clients and I have no reason to think either of you unstable. And besides,” he offered a broad smile. “I’m way too intrigued not to be curious about where these kinky dreams are leading.”