The Marriage of Intellect and Animal 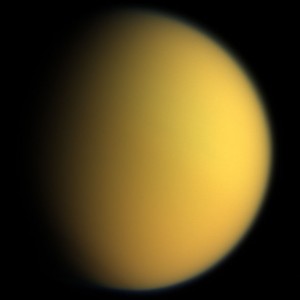 Last night Raymond and I went to an  Astronomical Society meeting in which Stephen Slater was discussing the making of his film, Destination Titan, which was shown recently on BBC. As he played back footage of that amazing moment when Huygens actually landed on Titan, I had a lump in my throat.  And I couldn’t help it. My eyes misted a bit. This was humanity at its most amazing. With the help of our technology, we had flung our consciousness out into the cosmos. Over a billion kilometers from home, the Huygens lander, equipped with an instrument package not much bigger than a shoe box, sent us back information from a world that we could scarcely have imagined. Now, six and a half years on, I still can’t get my head around it, and yet it’s a fact. We have the data to prove it.

Afterwards I came back home and answered the questions for an interview Sarah Barry was doing for the  Fannies Rule website. The questions involved why I liked a full bush, something I’m always happy to expound upon. That’s right. We were discussing pubic hair. So what do the two have to do with each other? Seemingly nothing. That’s what’s so amazing. These are classic examples of our  human duality. We have the intellect to conceive, design and build a space craft and a landing craft that will visit worlds we can barely conceive of at distances we can barely imagine. And we made it happen. And yet in the blood and bone and DNA of us, we’re animals, so similar to all other animals on our planet that it’s astounding, even disturbing.

Are we a little lower than the angels? Oh, I don’t think so. I think any angel would envy the position of humanity, the marriage of intellect and animal, the being who can fling her consciousness into space and bring it back to herself and in the very next breath join in the rut that’s the biological drive of all animals. But even the down and dirty of it, the rough and tumble between the sheets of it,  is in itself an act of flinging our consciousness out there into the great unknown, into the great unknown of the other, the lover, the one who mirrors us, but whose secrets we can never quite touch except through that physical act of joining.

Wow! Humans! So wonderful and so terrible, so in need of each other and yet so alone in ourselves. And for the most part so totally clueless of what we are really capable.

Immoral Views — The Eyes Have It! → ← Emerald Talks about Pink Floyd, Being Tied Up, and Her Amazing Story, ‘With Random Precision’
© 2022 K D Grace
Site created and maintained by Writer Marketing Services