The Initiation of Ms Holly FREE … with a Glitch of Two. Oh! And another Yummy Excerpt!

Hi my Lovelies, Just a quick update before I give you the latest yummy excerpt from The Initiation of Ms Holly.

While Holly is busy climbing the Amazon Free Reads chart — top in BDSM free reads at the moment –it’s been a bit of a rough start in Freebie Land. Some of my wonderful newsletter readers let me know almost immediately that Holly wasn’t listed as free in the US. A bit of research on the part of my wonderful marketing guru at Accent Press uncovered that, unbeknownst to any of us, the BookBub deal wasn’t available in the US. Since we all thought it was, however, we are sorting the newsletter readers who have contacted me by email with their copy of Holly. If you are not on the mailing list, but did try to download Holly to no avail, please comment at the bottom of this post with your email address, and the lovely folks at Accent will sort you with a Holly all around.

AND NOW! I promised you a yummy excerpt. 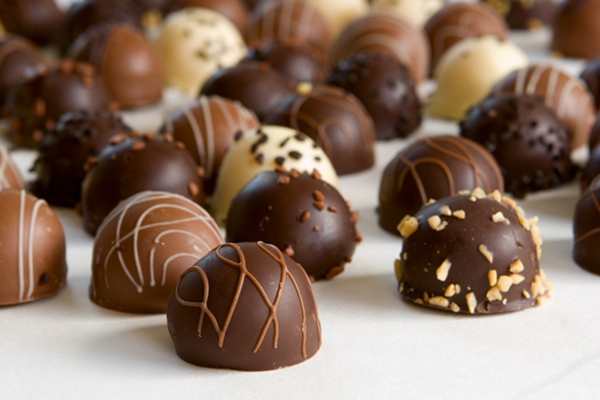 Everything Tastes Better with Chocolate – The Initiation of Ms Holly Excerpt:

‘I’m claustrophobic.’ Her words were thin and shaky, as though she didn’t fully trust herself to let them out. ‘It wouldn’t be so bad if I didn’t know where we are.’ For anembarrassing moment, she realised she was still clinging tohim, but the embarrassment passed, and suddenly she didn’tcare. If they were going to die trapped in a train in the Eurostar tunnel, buried beneath a gazillion gallons of water,she’d just as soon not do it alone.

He either understood, or was too polite to leave her in such distress. He wrapped his arms around her engulfing her in a muscular embrace, the scent of which was maleness barely masked by deodorant and some spicy cologne, both fading at the end of a day much longer than either of themhad anticipated. ‘Don’t worry.’ In the darkness, hemisjudged the distance between them and his lips brushedher earlobe. ‘It’s just an electrical malfunction. Anyway we’re better off down here than in the snowstorm up above.Sounds like all London is shut down. Who’d have expectedsnow this late in the spring? Never mind that, where else do you get the chance to cuddle strangers in the dark?’

He pressed a little closer to her, and she was relieved to find other thoughts, thoughts more welcome than those of their predicament, pushing their way into her head. He felt good, broad-shouldered and tall, easy to lean on. ‘Why are you huddled here in the corner rather than hunkered down in your seat?’

She concentrated on his warm breath pressing against the top of her ear. ‘I was on my way back from the loo when thelights went out and …’

She nodded against his chest, honing in on the reassuring sound of his heartbeat.

The train lurched forward, and she yelped again,tightening her grip around his neck. ‘No, please. It’s better if I just don’t move.’

She realised the poor man had little choice clenched inher strangle hold, as he was. ‘I don’t want to be any trouble,’she lied.

He readjusted his stance and tightened his embrace. ‘No trouble at all. I can’t think of a better way to pass the timethan in the arms of a beautiful woman. You are beautiful,aren’t you?’

In spite of the stress she felt, she forced a laugh.‘Gorgeous, actually. Too bad you can’t see for yourself.’

‘Well Rita, from Seattle, we’ve established that you’re anexotic beauty. Perhaps you’d like to return the favour.’ He lifted her hand to his face and guided it gently over the slight stubble of his cheek. As her hand cupped his well-formed chin, he pulled her middle finger into his mouth and nibbled it, teasing the pad of it with his tongue. Suddenly her struggle to breathe had nothing to do with being claustrophobic.

If he was cheeky, she was downright brazen. She stopped his words with her mouth, amazed at how easily she had found the mark in total darkness. Perhaps it was the darkness that made her so bold, but, whatever it was, hedidn’t disappoint. His mouth was warm, opening eagerly tothe probing of her tongue, responding in kind, caressing her hard palate, nipping at the fullness of her lower lip before pulling away just enough to speak.

‘There, you see? It’s not so bad being in the dark, is it? The other senses are too often overlooked, which is very sad, since they offer such exquisite delights.’ His handmoved up to cup her cheek, and he raked a thumb across herstill parted lips. ‘Taste, for example. Few pleasures exceed that of the tongue.’

She heard him fumbling in the darkness, then she heardthe rattling of foil. ‘Open your mouth,’ he whispered. ‘I have something that’ll make you feel better, guaranteed. Oh don’t worry, it’s nothing illegal.’

Reluctantly she opened her mouth, which he primed with a wet kiss, then slipped a chocolate truffle between her lips. It was covered liberally in cocoa and warmed exquisitely almost, but not quite, to the steamy melting point of his body temperature, which only enhanced the sharp, edgy flavour that separates expensive chocolate from the cheap stuff.

‘Don’t bite,’ he kissed her jaw, then her throat. ‘Savourit, roll it around in your mouth. There are places on the tongue that taste only sweet and places that taste only bitter or salt, or sour. Chocolate can have all those flavours.Caress it in your mouth like you’re making love to it, and you’ll be amazed at what you taste.’

She cheeked the truffle, slurring her words as she spoke.‘I thought I was tasting you.’

One Response to “The Initiation of Ms Holly FREE … with a Glitch of Two. Oh! And another Yummy Excerpt!”