The Bet: Part 3 of a Brand New Medusa Consortium Story

“Look Michael,” she scooted back to her chair and examined her manicure, “what I’ve lost, it’s no big deal to me. For me this really is just a game, something I do for entertainment when I’m bored. The owner and I are old friends, so from time to time he allows me play with the guests.” She nodded to the bustle of the casino awash in the bells of slot machines and the hiss and flutter of cards all muffled in the mutter and buzz of the guests. “There are plenty of other people I could play with, some even more desperate than you are, which makes the game all the more intriguing.” She patted the back of his hand, “Or perhaps I’ll just go out and enjoy Vegas. Unlike you, I find the city fascinating. So if you want me to keep playing, you’ll have to make it worth my while.”

He licked his lips and blew out a heavy breath in a gesture she’d have expected from a desperate loser, not a winner. Then he glanced around as though he expected to find a solution to his problems in some other part of the casino he’d not yet been to. “This is all I have. I don’t own anything else.”

This time she didn’t even try to disguise the predator within. She tossed back the rest of her champagne and ignored the ribbon from her hair as it slid off onto the floor. Then she slapped down the glass, her gaze never leaving his. She had to hand it to him, he didn’t look away. He didn’t even flinch. “Oh I know you don’t own anything. But that,” she waved a hand over the pile of chips, “that’s not all you have. Come on Michael, use your imagination, entice me.”

The color rose to his pale face, and he sputtered. “What, you mean like … sex?” 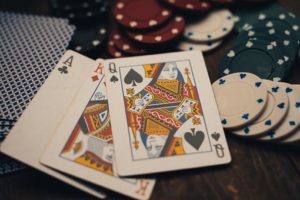 She rolled her eyes, a gesture he missed what with her glasses. “I said use your imagination.” She made a point of looking him over until he squirmed and blushed just like an adolescent. Then she inhaled the hot iron scent of his nervousness, of his desperation, a scent so familiar in the plush halls of Buried Pleasures, a scent ever present in spite of all the perfume and deodorant and shower gel attempts to make the losing and the winning
more comfortable. But on Michael, the smell of desperation was mouthwatering with its added sharp edged, thunderstorm bouquet stimulated by a new experience with which he wasn’t at all comfortable. “While you are pretty easy on the eye, I have no way of knowing how good you are in bed, and frankly, I don’t have to gamble for good sex if I want it. Besides, don’t you think that’s a bit cliché?”

He blushed even harder.

“Look, you wouldn’t be in Buried Pleasures if you weren’t desperate, if you weren’t willing to risk everything, and this,” another wave at the table, “you being my sex slave, none of that has anything to do with what you came here for, or what you’ve got to lose. So come on, Michael, make it worth my while or I’ll find someone who will.”

“I’ll bet my wings.” He blurted out, and then quickly glanced around to make sure no one was listening. No one was. In Buried Pleasures, no one cared.

“Yes! My wings.” He glanced around again and then leaned far over the table speaking between barely parted lips. “I know you may not believe it, but I’m –”

She all but snorted as a cocktail waitress delivered her a whisky and one for Michael, which he hadn’t ordered. “I know what you are, and so does he.” She nodded back to the owner. “Frankly, I’m a little surprised he let you in at all. He’s a live and let live sort of guy, Mr. Graves, and he usually doesn’t poach on anyone else’s territory.”

“What? Is he afraid God will strike him dead?”

She huffed out a laugh. “The gods don’t worry him much. But still, he doesn’t like to ruffle feathers if he can avoid it. He plays the long game, you know.”

“Well then if he knows what I am, and if he has no problem with it …”

She waved a dismissive hand. “Honestly, Michael, what the hell am I going to do with your wings? Sell them on eBay?”

His face reddened again. “I was thinking more along the line of Sotheby’s.”

“Oh please! You think some trophy hunter is going to mount them on the wall? Oh you are big game, I suppose. But angels giving up their wings is at least as cliché as people betting their bodies for sex in Vegas casinos. Wings are nothing. Wings don’t make you who you are. Wings are just the cherry on the top.”

This time he buried his face in his hands and shook his head. She waited for it, waited as 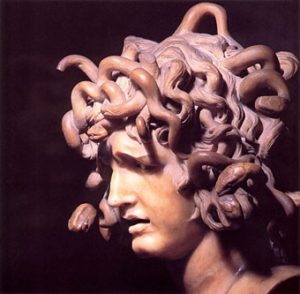 though she had all the time in the world. At last, he forced himself upright, sucked in a heavy breath and met her gaze, way better than most would have. She liked that about him. “All right. Then you tell me. What do you want?”

She leaned in toward those stunning blue eyes, letting the Ray-Bans slip again and the hair fall in a mad cascade all but brushing the pile of chips. She leaned forward until he squirmed in his little chair and grabbed onto the table with a crushing grip, but he didn’t look away. “Unlike Mr. Graves, I don’t mind poaching at all. What I want, Michael, is you’re innocence. If I win, it’s mine. If I lose, you go back to where you belong and accept your fate.”