The Bet: Part 2 of a Brand New Medusa Consortium Story 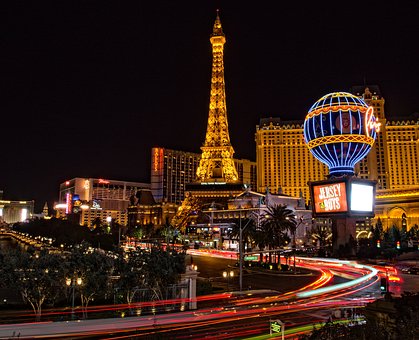 He had arrived at Buried Pleasures with nothing more than his name on the guest list, and the house had covered him in accordance with what he was willing to gamble. They were generous that way when someone was willing to go for broke. Buried Pleasures was happy to deal in unusual bets. No one was allowed in unless they were willing to risk it all, and Jack Graves always knew who was willing to take that chance. Michael confirmed Magda’s suspicions when he bet everything in the first hand. He wasn’t there for the adrenaline rush. He just wanted it to be over with. She, on the other hand, liked to linger over a good game, especially when she knew just how delectable the pay-off would be.

He proceeded to win hand after hand, becoming more agitated the more chips he raked in. At Magda’s request, a waitress brought over a bottle of Moet and Chandon and two glasses. She didn’t ask him if he wanted any, she just nodded to the waitress who poured. “A toast to winning big,” she said, lifting her glass and watching his response over the top of her shades.

He took it cautiously and sipped, as though he feared she might have slipped him a roofie. “I don’t drink,” he said with a blush, but he finished the glass in a single gulp anyway. She smiled to herself. She could have bought the cheap stuff for all it mattered to him, but it mattered to her. Besides she could afford it, and anyway, Graves didn’t stock the cheap stuff. She refilled his glass and nodded back to the cards. By now it was clear that for Michael it would be a test of endurance, a test of how badly he wanted what he thought he wanted. The old saying was never truer than it was for those who came to gamble at Buried Pleasures. Be careful what you ask for. You might just get it. But the truth was, Magda didn’t care if he really wanted what he thought he did. She only cared that he got it.

When he pushed all of his chips into the center of the table and nodded to the dealer, it was clear that what Michael wanted was to lose, big time, and Magda was about to find out just how much he was willing to risk. She offered him her best predatory smile. As her Ray-Bans slid down her nose just a smidge, she had the satisfaction of watching him shudder and grab onto the edge of the table as though he feared he might fall off the chair. It did her heart good to know even his kind were just as susceptible to her special brand of magic as anyone else. “All right,” she said stretching back languidly in her chair as though she had just awakened from the most delicious nap, “I suppose I’m up for one more hand.” She nodded her consent, and the tension drained from Michael’s broad shoulders as though he had just received a stay of execution. He had no idea, she thought.

He pulled a full house and cursed under his breath as she shoved the mountain of chips back in his direction. If Magda didn’t know better, she’d almost think there was some divine providence at play, for Michael’s own protection, of course. While he might be punished for his actions, for the results of accepting Graves’ invitation, he’d already gotten all the outside help he was likely to get.

From the corner of her eye, she could see Graves, in his regular uniform of bespoke black, watching with interest. Oh he wasn’t concerned that Michael was cheating. No one cheated at Buried Pleasures. It was simply that allowing Michael in, allowing Michael to bet, put the casino, and its owner, in uncharted waters. Very few of the punters had connections as weighty as Michael’s, though a hand full of priest and religious nutters, along with the usual smattering of filthy rich, thought they did.

Without so much as a pause, Michael shoved all the chips back into the center of the table. But this time Magda shook her head. “I’m going to quit while I’m behind. Why don’t you go cash in and enjoy Vegas.” She nodded to the chips. “You certainly can afford to. Hell,” she added with a little chuckle, “you could buy half of Sin City with what you just won, then retire and sit back and enjoy yourself.”

She knew he couldn’t, but there was just enough cruelty in her nature to want him to squirm a little bit, to want him to sweat over the possibility that he might just fail in his mission.

His mouth was a thin line and his square super-hero jaw looked like it might have been carved from granite. “Don’t you want to win back what you’ve lost?”

She heaved a sigh that sounded like it had taken a lot of effort and toyed with a long strand of hair, which had escaped containment from the black ribbon that held the rest of her tresses in check. “I don’t want to lose any more.” At her response, his shoulders looked as though they would split the seams of the jacket.

“If you don’t have anything to bet, I’ll spot you,” he said and started to push half the chips back at her. 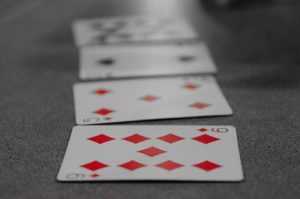 She raised a hand to stop him. “It’s not that I don’t have anything to bet,” she let the Ray-Bans slip again, and he squirmed and caught his breath, no doubt wondering why he suddenly felt the tightness in his chest, the sense that the floor was tilting beneath him. From her peripheral vision, she caught Grave’s frown. He didn’t appreciate her toying with the clients. She turned just a tiny bit and smiled up at him as she gave her glasses a gentle push back up the bridge of her nose. Then she focused her attention once again on Michael. “It’s just that this game has become boring, darling, what with you winning every hand.” She gave him an evil smile, and nodded up to Graves. “One could get the impression that you’re cheating.”

He ran a hand through dark hair in need of a cut and tugged at the collar of the white polo shirt he’d buttoned all the way up to the corded muscles along his throat. “I’m not cheating. Honestly I’ve never even played poker until tonight. Surely you know I’m not cheating.”

She drummed her mauve nails mutely on the felt tabletop. “That may be, but how do I know that you’re not some sort of savant or a card counter? That’s against the rules, you know. If you get caught.”

The poor guy. As much as she loved toying with her victims, she couldn’t help feeling sorry for him. She shoved her hair over her shoulders; the ribbon had all but lost control of the heavy locks, and she leaned across the table, nearly into his personal space. He moved back as far as he could in a chair that barely contained him. He was a big boy, and yet he was uncomfortable in her presence. That was to be expected, but she figured he’d be uncomfortable in just about anyone’s presence. Poor shy lad. Still, she was sure he would do what he had to. She was counting on it. “Michael, darling, let me give you just a little bit of advice. You don’t mind, do you?”

He blinked dark blue eyes, looked for a second as though he might protest, and then only shook his head.

She didn’t sit back. In fact she slid into the chair next to him watching the hammer of his pulse in his throat speed up at her nearness. It was the usual response from prey to predators, but there was so much more going on here than just a shy boy being 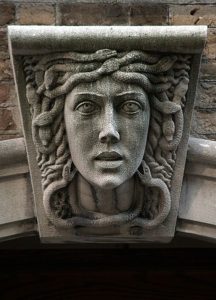 uncomfortable in the presence of a beautiful woman. She shoved his shaggy hair away from his ear and his eyelids fluttered. His whole body went rigid as she whispered, “what you need to understand about gambling, Michael, is that while there is an exchange, never at
any point is that exchange fair. Consensual, yes, but never fair. And sooner or later, everyone loses.”

He squared his shoulders and with the kind of effort she’d seen often in the very shy and met her gaze. “That’s what I’m counting on.”

And there it was, the truth of the matter she’d known from the beginning, the implications of which he could not possibly comprehend. At least not just yet.