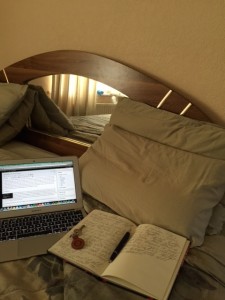 There are few things a writer can do that will kick-start a story, then pull the reader in and keep them gripped right up to the very end quite as effectively as creating a little chaos. A calm and happy life in the real world might be just the ticket, but in story, there’s one word for it – BORING! A story is all about upsetting the apple cart, breaking the eggs, turning the bull loose in the china cupboard and — heart racing, palms sweating – seeing what happens, while we’re safely ensconced on the other side of the keyboard/Kindle/book. Is there anything quite as yummy as that adrenaline rush at someone else’s expense!

One of the best tools for dropping the character smack-dab into the middle of the chaos – and the reader vicariously – is sex. And the more inconvenient, the more inappropriate, the more confusing, the more SO not what the character was expecting, the more delicious the chaos will be. And let’s not forget just how much chaos NO sex can add to a story. Taking sex off the table has been a key ingredient for causing chaos in story ever since Lysistrata. A little unrequited lust can upset way more than the apple cart. Sex and withholding sex to get that chemistry overload between characters are both perfect recipes for chaos.

The thing about those great big human brains of ours is that they like to make us think we can control all the variables. The thing about the biological housing for those big brains is that it doesn’t always want to be controlled. There’s a reason why the junk is often referred to as the second brain. Oooh! I get goose bumps just thinking about what happens when the big brain gets a hankering and the biological soup starts overheating and sex happens … or doesn’t.

If we look at Western history from the point of view of religion and its effects on culture, there are few things the religious powers that be have made more of an effort to control than sex. And in story, in myth, there are few things that have caused more chaos than a little rough and tumble in the wrong place at the wrong time. Troy lost a war and was destroyed over it, King Author’s realm fell because of it, David had Bathsheba’s husband, Uriah, killed because of it.

The resulting chaos that sex unleashes in a story can be nothing more than to create self-doubt in a cock-sure character, which is always a delight to see. Or the resulting chaos can be world-destroying, and anything in between. Sex can cause the kind of chaos that will make the reader laugh, or the kind of chaos that will make the reader say, ‘if only they hadn’t done that.’ However, the one thing sex should never do in a story is leave things the way they were before it happened. Can it be used for bonding? Of course! But the tighter the bond, the more chaos can be caused if that bond is tested or broken.

And because the unconscious part our big brains doesn’t give a damn if our sexual thoughts and fantasies are ‘socially acceptable,’ nor is it discriminating about who we might have those thoughts and fantasies about, the resulting internal chaos can be almost as delicious as the external – maybe even more so. That lovely mix of guilt and desire and self-loathing and arousal and denial and shear over-heated lust. OMG! It’s a total writer’s paradise there for the taking. 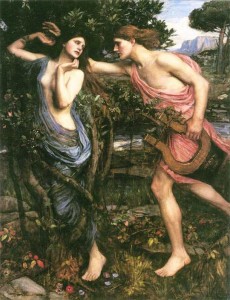 I’m sure I’m like most writers in that I analyse what I read for pleasure in terms of what worked and what didn’t, what I would have done if I’d written it, and what I’ve learned from the author’s writing skills that can be used to make my own writing better. I have to say one of the biggies for me is how well the author uses chaos to move the story forward at a good pace; and especially how effectively sex is used to create chaos. I’m sure I pay a lot more attention to how sex is used in a story (or not) because I write erotica, but it’s the resulting chaos that fascinates me and keeps me reading in almost any kind of novel. The world is not a static place, and especially the world of story should not be static. Happy endings are called happy endings because they happen at the end. They follow the chaos and happen when the story is finished. There is no more story, or at least none the reader wants to follow. It’s the chaos that pulls us in and keeps us turning the pages, and when that chaos is directly tied to sex, hold on to your hat!