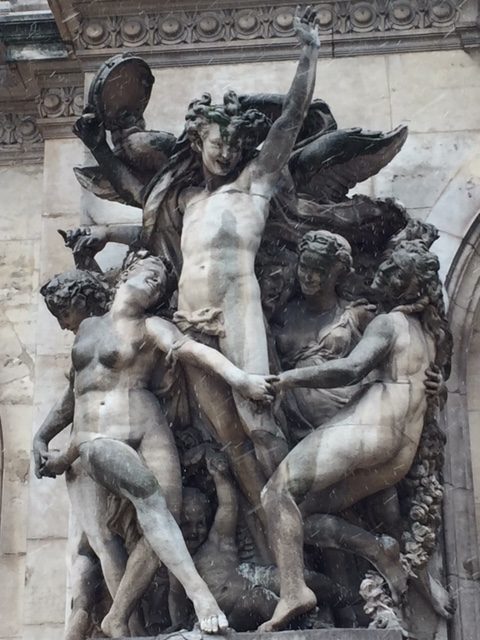 One of my favourite novels of rescue is Phantom of the Opera.I read Gaston Leroux’s novel long before I saw the wonderful musical. I found all the old movies based loosely, very loosely, on the book missed the point entirely. While Phantom of the Opera weaves together our worst nightmares so tightly with our deepest hopes and wildest dreams that it’s impossible to pick the threads apart, ultimately, it is the story of rescue and redemption.

Leroux’s Phantom of the Operatwists that plot even further. There is no help from the gods, and the hero is not the dashing young viscount from Christine’s past. The god in the story is not irresistibly beautiful, but horribly disfigured. He knows the soul of an artist, and he knows the real seduction is in offering a deeper understanding, a deeper mastery of her gift, and the lovely Christine is willingly to accept what her Angel of Music offers. The Phantom’s darkness is the balance to Christine’s light, and his music of the night allows her true gift to shine. Through it all, Raul, the viscount, is clueless, convinced that he can keep Christine safe. But Christine knows the darkness now. She’s seen it, embraced it, and a part of her loves it, longs for it. Her seduction by the music of the night has a chilling price that the whole story revolves around. In the end there is no sword battle, no cunning tricks, no magic wand. In the end there is simply a kiss, far more devastating than the sharpest blade. Compassion and acceptance does what muscle and gunpowder cannot.

I still get shivers when I read the descriptions of the Phantom’s lair and the dark lake under the opera house, when I revisit the terrifying scene in the graveyard. Yet throughout the whole of the book I felt an ache for the Phantom that was much more about seduction than pity. Phantom of the Operais a compelling, beautifully woven mix of fear and awe and raw desire for a man who is so much more than human. But though his actions tell us he is a monster, he compels the reader to desire him, and we long for him and Christine to be together, for all wounds to be healed. We long for the happy ever after. 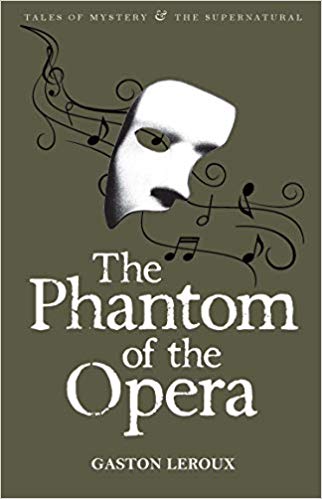 But there can be none. Instead, the happy-ever-after is gifted to Raul. He is to claim what the Phantom has nurtured and longed for but can never have. It is Christine, however, who earns that gift for Raul by being willing to pay the price for his life. There is no doubt she is the hero of this story. She is the goddess hidden, then revealed only at the end when a choice must be made between the death of Raul and Christine’s submitting willingly to life with the Phantom. She not only chooses, but she chooses unconditionally, unreservedly to love the Phantom, to understand him, in as much as it’s possible to understand such tortured genius. She is the true giver of the gift in this story. She restores the balance. Just as the Phantom’s darkness has infused her gift with the music of the night, her light heals him, enabling him to let go of that which he knows does not now, nor has it ever belonged to him, the gift and the possessor of that gift.

And what does that have to do with inspiration? In the Greek stories and myths, it takes time for the magical child to be born and trained up to fulfil the task for which he was conceived, and it is usually a he. In Leroux’s story, we aren’t told how long Christine has been studying with her ‘Angel of Music,’ but it is clearly enough to make her singing enthralling to anyone who listens.

I think Phantom of the Opera is a story of the compelling seduction of the creative force. It is inspiration and hard work moving through the fear to restore balance, and coming out on the other side to places we never could have imagined. Then it’s repeating the whole process over and over again. Inspiration is rescuing the phantom in each of us, redeeming the darkness and overcoming the fear.

Is this what Leroux wanted his story to convey? I don’t know, but I do know that the sensuality, the deep driving hunger coupled with the fear of moving past the point of no return is something every writer encounters. Our story, my story is about overcoming our fears and rescuing our phantoms. That’s not just the hero’s journey or the writer’s journey, that’s the journey of every person.

What we create, what we bring forth is the result of passion leading us down into the depths of ourselves, the results of seducing ourselves in ways that terrify us as much as they attract us. We are changed by that passion, by that deep connection with what inspires us. Innocence is lost and something totally new is created out of our fears, and we are inspired to move forward and to face unconditionally what comes next. 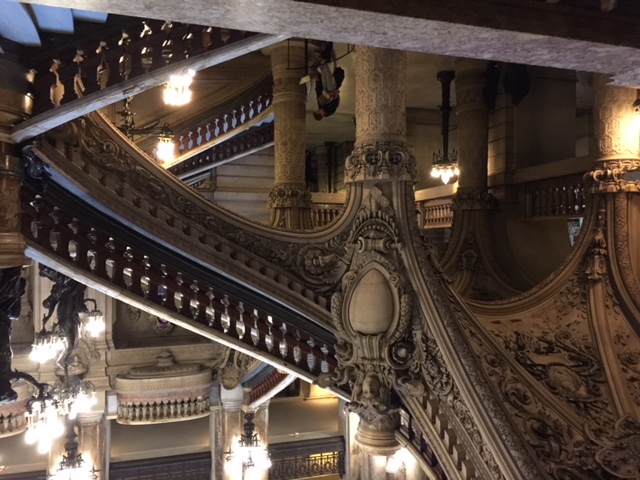