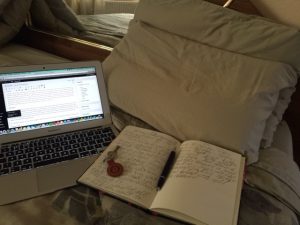 At the moment, I’m finishing the final rewrite of Blind-Sided, the second novel in the Medusa Consortium series. Like all the Medusa tales, it’s a big book and, as I work through the final draft, reading it out loud as I go, occasionally I find myself wondering how we writers can create something out of nothing, from the tiniest seed of an idea. As much as I love a good TV binge, there’s nothing like a good novel – whether you’re reading it or whether you’re writing it. Few things engage the creative process quite like a novel does. In the mind of both the reader and the writer, the word becomes flesh and the world of the story becomes as real as the world we live in … at least if the author has done her job.

The very best novels are the ones that pull us in to the point where the writer’s world seems more real to us than our own, to the point that we physically feel the story, not simply take it into our mind. That’s also true for the writing of a tale. If I’m not pulled into the story physically, if I don’t feel it in my gut and below, then I can hardly expect my readers to, can I?

You see, the thing about being a writer is that we’re entirely self-entertaining. The stories seemingly come out of nowhere, and expand to fill our days, and often our nights and any moment we can spare in our efforts to get them down, in our efforts to create something real. Even when I’m not plopped in front of the computer writing, the story, the characters, the next scene – they’re all going through my head. Some of the best, most creative writing happens when I’m not physically writing at all. 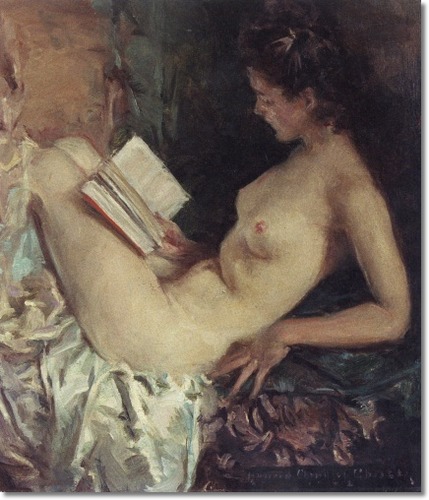 While a writer brings her world into existence using nothing but words, she has to do a little more than that with the
characters. They can be created with words, but they need life breathed into them, they need chemistry, connection, personality, pasts, flaws, feelings, neuroses and a driving force that’s greater than themselves. The world unpopulated is a lonely and boring place. Let’s just say Magda Gardener’s world is anything but. And there comes a point when I’m not entirely sure if I’m breathing life into my characters of if they’re breathing life into me. Certainly my world is brighter, more textured, more three-dimensional because of the characters I’ve created to populate the worlds I’ve written. I guess that shouldn’t surprise me, since the stories we writers create are a part of ourselves yet to be discovered and the discovery is absolutely an adventure in creation.