New Years Resolutions: Sneaking Quietly Through the Back Door 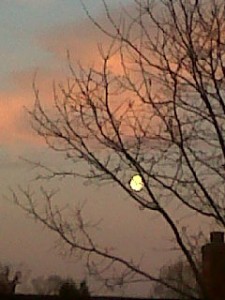 Well what do you know? Here it is the 4th of January already! 2014 is well and truly under way. The gym is overflowing with New Years Resolutioners; all around the world new diets have been begun as soon as the New Year hangover wears off; people stop drinking, stop smoking, begin learning Spanish or French, people promise to take better care of themselves, spend more time with good friends, waste less time in front of the telly, and the list goes on. On January 4th the universal urge to be ‘better’ in the New Year is nearly palpable in the soggy English air.

It happens every year, that urge to reflect on what has been and plan how the New Year will be better. 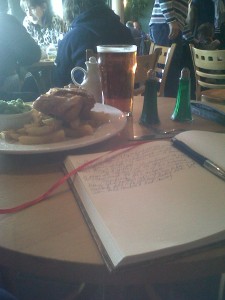 Hope and excitement at new beginnings is so much a part of our human nature that the end of a year and the beginning of another one can’t help but be the time when we anticipate, plan change, and dare to dream of what wonderful things we can bring about in the next year. In fact there’s a heady sense of power in the New Year. I think it’s the time when we’re most confident that we can make changes, that we really do have power over our own lives. It’s the time when we’re most proactive toward those changes, those visions of the people we want to be.

Before I actually began to sell my writing, back when I dreamed of that first publication, back when there seemed to be a lot more time for navel gazing than is now, I was a consummate journaler. I filled pages and pages, notebooks and notebooks full of my reflections, ruminations and navel gazes. And nothing took more time and energy than the end of the year entry, in which I reflected on how I did on the year’s resolutions and planned my resolutions for the next. This was a process that often began in early December with me reading back through journals, taking notes, tracing down some of what I’d been reading during that year and reflecting on it. Yeah, I know. I needed to get a life!

By the time New Years Day rolled around, I had an extensive list of resolutions, each with a detailed 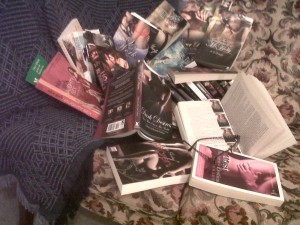 outline of action as to how I was going to achieve it. I found that some of those resolutions simply fell by the wayside almost before the year began — those things that if I’m honest with myself, I know I’m never gonna do, no matter how much I wish I would. Others I achieved in varying degrees-ish. But sadly, for the most part, a month or maybe two into the year, that hard core maniacal urge to be a better me no matter what cooled to tepid indifference as every-day life took the shine off the New Year. 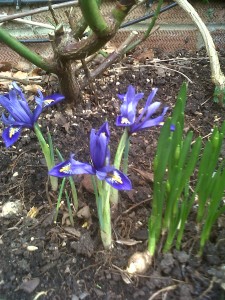 with it. As I began to think more about how different my approach to all things new in the New Year had become the busier I became, I realised that I had, through no planning on my part, perfected the sneak-in-through-the-back-door method of dealing with the New Year. The big, bright New Year changes I used to spend days plotting and planning no longer got written down, no longer got planned out. Instead, they sort of implemented themselves in a totally unorganised way somewhere between the middle of January and the middle of February. They were easy on me, sort of whispering and smiling unobtrusively from the corners of my life. They came upon me, not in a sneak attack so much as a passing brush with someone who would somehow become my best friend.

I’m my own harsh task master. I’m driven, I’m tunnel-visioned, I’m a pit bull when I grab on to what I want to achieve with my writing. No one is harder on me than I am – no one is even close. And yet from somewhere there’s a gentler voice that sneaks in through the back door of the New Year and through the back doors of my life and reminds me to be kinder to me, to be easier on me, to find ways to rest and recreate and feed my creative self. I’ll never stop being driven. The time I’ve been given, the time we’ve all been given, is finite. And that gentler part of ourselves must somehow be a constant reminder of comfort and gentleness, of self-betterment that comes, not from brow-beating and berating ourselves, not from forced regimentation, but from easing into it, making ourselves comfortable with it. We, all of us, live in

a time when life is snatched away from us one sound-bite, one reality TV show, one advert at a time. Often our time, our precious time is bargained away from us by harsher forces, by ideals and scripts that aren’t our own, and the less time we have to dwell on the still small voice, the deeper the loss.

So my resolution, my only resolution every year is to listen more carefully to that gentler, quieter part of me, to forgive myself for not being able to be the super-human I think I should be, to settle into the arms of and be comfortable with the quieter me, the wiser me who knows how far I’ve really come, who knows that the shaping of a human being goes way deeper than what’s achieved in the outer world, and every heart that beats needs to find its own refuge in the value of just being who we are, of living in the present and coming quietly and gently and hopefully into the New Year.

The Pygmalion Hypnotist by Hypnotic Dreams → ← A Sneak Peek at Fulfilling the Contract, the Sequel to The Initiation of Ms Holly
© 2022 K D Grace
Site created and maintained by Writer Marketing Services