City Nights: One Night in Edinburgh by Charlotte Howard (@Shy_Tiger) 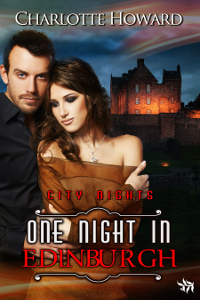 Chloe Shard has travelled to Edinburgh to meet up with a potential client, and has just twenty-four hours to convince them to sign her contract. But when she meets the delicious Ethan, he proves to be so much more than an enticing distraction. It’s not long before Chloe has some life changing decisions to make, and less than a day to make them in. 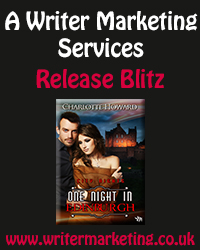 Chloe squeezed her eyes shut as the plane’s wheels bumped along the tarmac, and her stomach lurched into her chest as the brakes were applied. Her ears flooded with the sound of her own heart beating louder than the squealing and screeching of the landing gear. Pressure built in her cheeks as she clenched her teeth together. The worst hour in her life was almost over.

“Welcome to Edinburgh,” said the captain over the speaker system. “We hope you had a pleasant journey and enjoyed the flight. Please remain seated with your seat belts fastened until the light is turned off.”

A chuckle emanated from nearby. Chloe opened one eye and peered at the man in the seat across the aisle from her.

“You can breathe again,” he said in an American accent, flashing her a grin.

“I think I’ll wait until my feet are actually on the ground if it’s all the same to you,” she replied, leaning back into the headrest.

A loud ping was followed by a Mexican wave of clicking as the passengers released their seat belts and fought to get their bags and rush off the plane. Chloe undid her own belt then hurriedly squished herself into the seat as an oversized belly, violently stretching at a pale green shirt, began its invasion of her breathing space. Her shoulder was nudged as the impatient woman beside her stood up, hunching under the overhead compartment.

She waited for the plane to empty. The impatient woman started huffing and tutting. Chloe looked up apologetically, but was met with a hardened glare.

“Here,” said the man from opposite. She turned her gaze towards him and was grateful to see him holding back a herd of cattle desperate to depart. She drank him in for a second. He was broad enough to act as a barrier between her and the crowd. A very attractive barrier. From the way his T-shirt stretched over his biceps, she could tell that his width was certainly not due to being overweight. Ink spiralled around his skin from beneath the short sleeve, tracing down to his elbow.

“Thank you.” She stepped into the aisle. Immediately, the woman from beside her shoved herself through the gap, knocking Chloe into the man’s chest with an oof!

“I’m so sorry!” she said, stepping back and turning to the overhead compartments, feeling her cheeks heat. Her fingers tingled with the memory of his muscular chest beneath them. 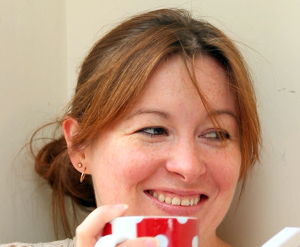 One Response to “City Nights: One Night in Edinburgh by Charlotte Howard (@Shy_Tiger)”