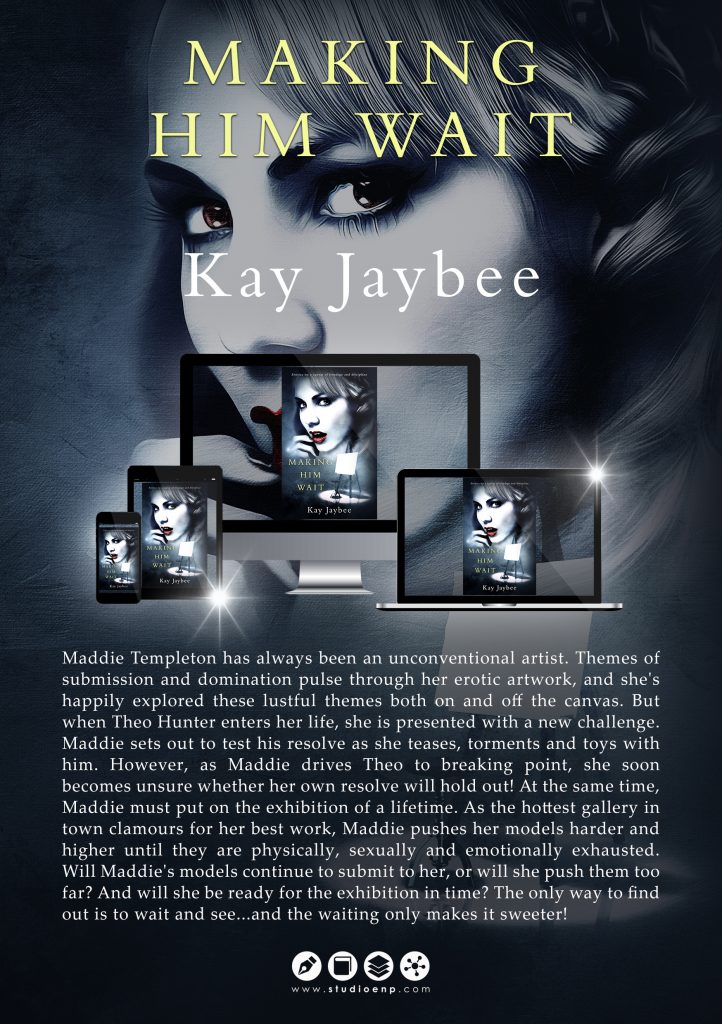 Maddie sets out to test his resolve as she teases, torments and toys with him. However, as Maddie drives Theo to breaking point, she soon becomes unsure whether her own resolve will hold out.

At the same time, Maddie must put on the exhibition of a lifetime. As the hottest gallery in town clamours for her best work, Maddie pushes her models harder and higher until they are physically, sexually and emotionally exhausted.

Will Maddie’s models continue to submit to her, or will she push them too far? And will she be ready for the exhibition in time? The only way to find out is to wait and see…and the waiting only makes it sweeter!

Against her better judgement, and with time against her, Maddie finds herself asking for modelling help from her manipulative ex-girlfriend, Tania.

It isn’t long however, before Tania’s high handed manner gets too much, and Maddie decides to teach her a lesson- via her artist’s trolley…and if she can use the situation to arouse make Theo’s wait for her more interesting, then all the better..

…Taking a deep breath and with a bend of her knees, Tania jumped so that she was sitting on top of the trolley. Edging
herself along in reverse, she positioned the small of her back in the very centre of cold metal tray. Slowly, so she didn’t wedge her shoulders against the hand rails that ran along the long sides of the trolley, Tania lay so her legs hung over one end and her head and neck hung over the other, her loose hair sweeping the floor.

Forcing herself to relax as much as possible, Tanis threaded her arms carefully through the side rails, letting them swing freely; trying not to think about how vulnerable she had allowed herself to become.

Secretly impressed at how easily Tania had got into position, and resisting the temptation to take a photograph for Theo there and then, Maddie gathered up some silk cord. Her face giving away nothing of her rising excitement, Maddie knelt by Tania’s left side, picked up her wrist, bent her arm at the elbow and wrapped the cord in a figure of eight around her limb and around the nearest trolley leg.

Rather than get up and move, Maddie took hold of the trolley and wheeled it in a sharp circle, causing Tania to forget all about her promise to be quiet. She yelped in surprise, her stomach churning over and her hair dusting the floor like a brush.

Ignoring her ex’s shocked protests, but noting mentally that she had now broken the no noise rule, Maddie tied Tania’s right arm in place before twisting the trolley twice more and securing her ankles to the remaining metal legs in a similar fashion.

The moment she was satisfied that Tania was unable to undo her fastenings simply by tugging at them, Maddie picked up her mobile.

Theo: The wait better be worth it

She didn’t bother to reply. Instead, she lined up her phone’s camera with the trolley, getting as much of Tania in the shot as possible, took a picture and sent the resulting image to Theo.

For once Maddie was not assailed by the urge to stop and paint the situation she’d orchestrated. This was not about obtaining a representation that would last forever. This was the creation of a personal antidote to all the times Tania had ordered her around – a way of working off the aggravation that had raced to the surface since her erstwhile girlfriend had re-crossed the threshold of her home.

At the back of her mind, Maddie’s determination to rid herself of the feeling that she was losing her touch spurred her on. If Theo wasn’t happy to hang on his fish hook and wait like all the men that had gone before him, then she needed to toughen up and raise her game – and fast. 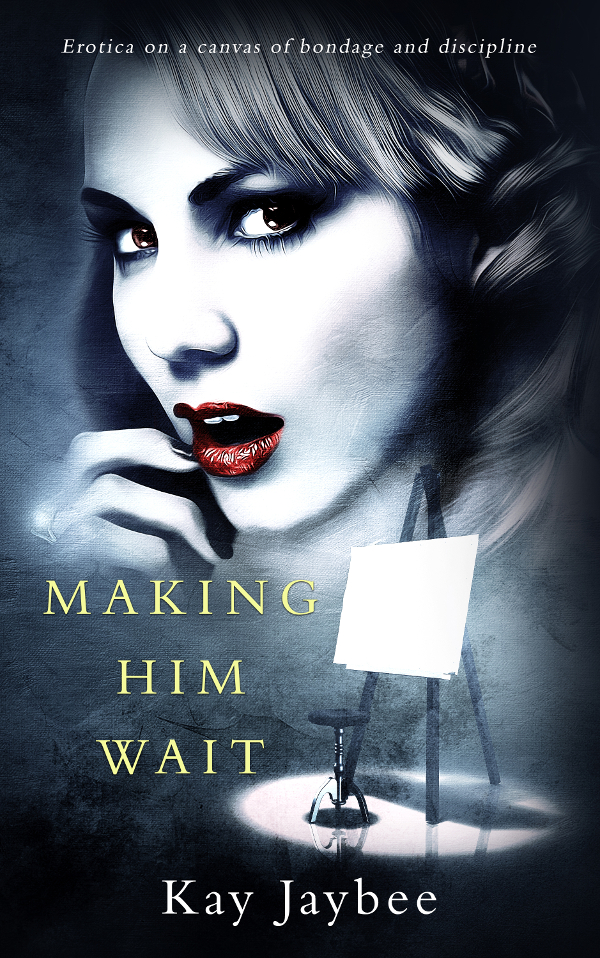 Tania tried to turn her neck to see what Maddie was doing. Never had she felt so exposed, yet the dull thud that was spreading through her trapped muscles wasn’t preventing a giddy yearning for Maddie to make her next move.

Ever since she had received Maddie’s answer phone message asking her to come and help with the exhibition, Tania had harboured faint hopes about resuming her life with the artist. Her body had wanted to take Maddie the instant she’d seen her open the front door. Yet this was a new Maddie, and the redhead had slowly come to the realisation that she was not the only one who wanted her. Whoever it was Maddie kept texting had to be a rival, and if Tania had one rule, it was never to lose to a rival, even if it was one you didn’t know and couldn’t see.

With a purposeful resolve, Tania wove her fingers around the slim metal legs of the trolley, bit her lips together, and decided to take whatever was thrown at her. She would prove to Maddie that she was the strongest woman she’d ever met, and in the process, convince her ex that life would be much more interesting with her in it again, permanently.

Dismissing the temptation to use a selection of sex toys from her eclectic collection, Maddie grabbed a thin cushion from the sofa and, standing between Tania’s widened legs, ordered, “Raise your hips.”

After some awkward wriggling, Tania managed to push against her bindings enough to lift her backside an inch or two; successfully holding the position long enough for Maddie to push the pillow beneath her bottom – effectively making her pussy an easier target for whatever the artist wished to do with it.

Switching the phone to its vibrate function, Maddie placed it in the centre of Tania’s flat stomach. Resting her bare legs against the insides of her prisoner’s open thighs, Maddie then reached forward, cupping and moulding the entirety of each breast in her palms. An illicit whistle of bliss issued from between Tania’s clenched lips and Maddie added the extra noise to her mental score chart.

Absent mindedly rotating her left palm over the tip of Tania’s left breast, Maddie began to text Theo, every press of the screen pushing against the gym-toned stomach.

Maddie: I am playing with her nipples

Then, as if to prove her point, Maddie flashed off a quick photo and sent it hurrying after the text. Replacing the phone over Tania’s neat oval naval, the artist turned her attention to the supine right breast, this time flicking at it with her tongue, feeling it grow within her mouth, savouring its rough texture compared to the perfect smoothness of the rest of Tania’s chest. A whimper of satisfaction slipped from Tania’s lips.

Maddie’s eyes narrowed. “You keep making noises you have not asked permission to make.” She slapped each of Tania’s trussed thighs burningly hard in punishment, leaving a merging collection of hand sized blotches on the fake-tanned flesh. Tania howled with a pain that reflected gratification in her wide peppermint eyes.

The buzz of the phone as Theo replied sent shock waves through Tania’s torso and thighs as the handset juddered, making her whine anew at the unexpected vibration.

Theo: Spank them. If it was u on that trolley, I would spank ur tits

Mindful that she couldn’t leave Tania with her head hanging down for too much longer, Maddie steered her tethered passenger towards the bed. Lining up the trolley against the foot of the bed, Maddie gently raised Tania’s head and neck and rested them on the duvet.

Maddie: What else would u do if it was me on the trolley?…

Inspired by a photograph I once saw of a woman shackled to a hostess trolley, I had a great deal of giving Tania gets a taste of her own medicine. If you want to discover why Tania deserved such treatment in the first place, and what happens next, then you can buy Making Him Wait from all good retailers, including… 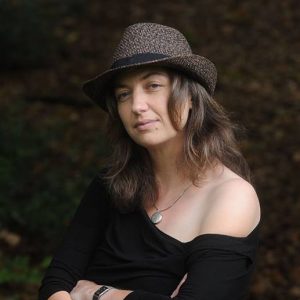