When I was growing up werewolves were definitely scary. They were never portrayed as hot, buff men with raging libidos and a secret tender side. There were only Werewolf in London werewolves. And then, eventually, in the 80s, we got Teen Wolf werewolves. But a lot of time when werewolves were mentioned, they brought to mind the Wolfman. And that wasn’t sexy.

Boy, how far we’ve come. We have hot werewolves everywhere in fiction and in TV shows. I’m a happy girl. I’ve always been more about claws than fangs (not that werewolves don’t have fangs, mind you, but I’m referring to the vamp versus wolf debate). I want warm and hard and fast and strong not cool and smooth. I guess, technically, they share the fast and strong thing. Okay, you got me.

I came up with the idea of Ellis Bach on a walk. His name was a magician’s trick performed by my brain triggered by a sign for local politics. I took the last name of one man—Ellis and the last named, which I truncated, of another—Bach(man).

And once I had the name my imagination took off. What it supplied me with, all those years ago, was a handsome, big, kind wolf who had a past. Physically, Ellis was inspired by Scott Conant, celebrity chef, because—truth be told—writers and chefs are my rock stars. I gave him the same hair of indeterminate color—sometimes brown, sometimes red, sometimes a bit of a lighter shade shines through. And I gave him his soul mate—Ruby.

Talking about Ellis brings to mind a few of my favorite werewolves now. You can’t go four feet without tripping over them—it’s true. I’ll name just a few:

Alcide on True Blood. Um…yeah. What’s not to like?

Isaac on Teen Wolf. I must say, when I found out the actor who played him was 26 I was relieved. Because a girl could feel like a weirdo crushing on a teen wolf. But he’s not a teen so…whew.

Scott on Teen Wolf (yeah, yeah, we watch a loooooot of Teen Wolf)

Garrett from my book Base Nature. Yeah, it’s cheating but I wrote him because I lusted after him, so technically it’s cool.

Lucian from Underworld. See, now I would have, upon a glance, cast him as a vamp. Until I really started to pay attention and then…Yeah!

George from Being Human. I must admit to loving that girly pitch his voice hits when he’s startled. It’s brilliant considering he’s a bad ass killer when he sprouts fur.

Jake Marlow from Glen Duncan’s The Last Werewolf. The grittiest of all listed. And I love it.

Those are mine. For now, I’ll leave you with a blurb and a passage and wish you a Happy Halloween. Be on the lookout for big, furry men with glowing eyes and bulging pecs. If you see one, by all means, call me! 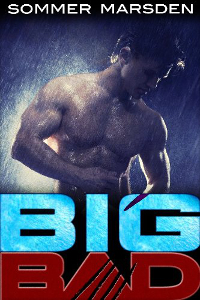 Lust according to Ruby:

You read those books where they explain it all away. They make it fine with rationalization. But what if I just want to? What if that’s my whole reason? My life is not a romance novel. I don’t need justification. I’m a grown woman who knows what she wants.

I want Ellis. And I want Tyler.

And I won’t apologize…

What’s worse than wanting both your best friend who’s a vampire and the just-back-in-town alpha werewolf you find yourself fixated on? Finding out that the werewolf in question wants you, too. But he isn’t too keen on the sharing part. Oh, and by the way, you’re his dead mate.

What’s worse than that? Realizing that you believe the whole crazy tale of reincarnation. Because it seems to be true.

And yet you still want them both—together. Vampire and werewolf and you in the middle. Stuck between two predators who want you and only you. To complicate it all, you find out that you can have it. With your new/old mate’s blessing. But just one time before he claims you as his.

Are you brave enough to take it? That one shot?

Ellis gave a short nod. He looked a lot of things at that moment. Happy, sad, angry, determined. His personality was so big, his presence so huge. He scared me on so many levels and many of them good. In a moment of impulse, I turned and kissed him. Pressing my hands—shaking and freezing in fingerless grey gloves as if they could help me—to his rough cheeks.  I held his face as I kissed him. He growled low in his throat. A constant drone of aggression and want as a back beat to the kiss. Ellis grasped my hips with strong fingers, sank them in so I worried I’d bruise—hoped I’d bruise.

Without thinking, I clasped my hands behind his neck and brought my legs up to wrap his waist. He had only three inches on me and maybe thirty pounds. He was strapping and burly but not bulky, I was curvy and solid but not fat. Our bodies pressed together in the perfect meld and I felt the hard ridge of his cock pressed the cleft of my pussy.

“You’d better stop or I’m taking you right here,” he said. His voice was rough and righteous and I believed him beyond a shadow of a doubt.

I stroked my tongue down over his and tugged the finer hairs at the nape of his neck and the growl turned dangerous. He started to move, to lay me down and I let go of him—falling away as quickly as I had latched on.

“Not yet, not yet!” I said, my hands up in mock surrender.

“Ruby,” he drew the word out and made it sound dirty and sexy and fine.

“I’m sorry. I am. Soon. I will. I just—” I didn’t know what so I shook my head instead of finishing that sentence.

“I can smell the lust on you. It’s thick and smells like lilacs.” When he grinned at me, I wanted to change my mind.

“I don’t scare you being a lycan but my want of you does?”

“And the whole dead mate thing,” I said, turning so fast my coat swept open for an instant. I hurried through the dry and brittle grass with Ellis right on my heels.

“Why are you drawn to me? Certainly not because I came into your store and bought sausage as Tyler explained.”

I snorted, shaking my head. How stupid that sounded but in a way it was true. “That’s when you caught my attention. That’s when I started…” I blew out a breath.

“Coveting me?” he chuckled, taking three big steps and grabbing my hand in his big warm one. Heat baked off of him like I was standing close to an oven or a grill. It felt good, that heat. I swore I could smell him even above the cold winter wind. He smelled like a man. Campfires and tobacco and earth.

“Coveting, yes.” My hood flew back off my head and my hair rose up. Tendrils got caught up in the wind and swirled around my head.

“But you want Tyler too,” he said and tugged me so I had to stop.

“Yes, not as…” I stared at my beat up boots until he pushed my chin up with his fingers.

I had been about to say not as much as you but realized that wasn’t so accurate. More like “In a different way.”

I nodded, pushing my unruly hair back even as the wind yanked it away and tossed it asunder again.

“But you want to fuck him?” He grinned.

I felt a stain of embarrassment flood my cheeks but I forced my shoulders back and my head high. “Yes,” I said defiantly.

I wanted to ask Ellis why the hell I would care if he could live with it. But I did. Why I’d want his approval. But I did. And why it mattered that he accepted it. But it did.

So I simply nibbled my bottom lip until he pulled my hood up and pressed my hair under it. He kissed my nose and said “Come on, I’ll walk you home.” 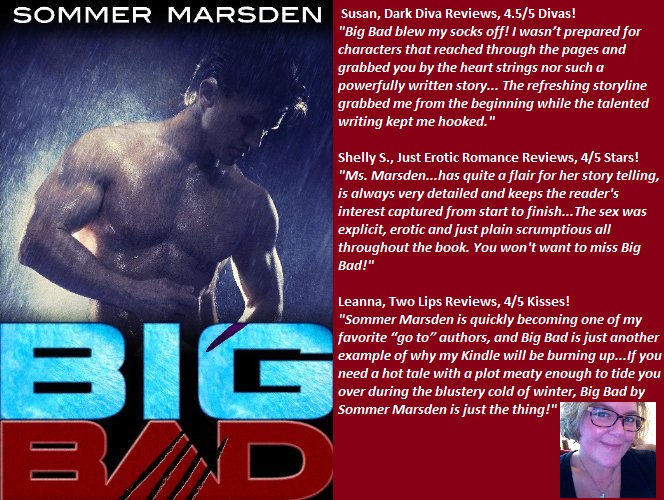 3 Responses to “Werewolves: Scary or Sexy by Sommer Marsden (@sommer_marsden)”