It’s my pleasure to welcome Constance Munday back to my site, here today on Xcite’s fabulous Secret Library blog tour. Welcome back, Constance!

I loved writing Silk Stockings and was delighted it headed this fabulous little book of novellas by such talented authors.

It was a seed of a short story at first but I was thrilled to have the opportunity to develop it and I soon fell in love with my characters Imogen and Michael.  If possible I like to set my stories in different settings to make for a bit of interest and there was just something about Imogen and Berlin in the post-war years which really appealed.

Michael seduced by seductive burlesque dancer Imogen, rapidly falls in love and will soon have to use his skills as a lawyer to save her.  As the heat grows and the two of them realise they’re in love can Imogen find the courage to tell Michael her dark secret, the one she holds closest to her heart or will she once again have to flee into hiding and deny herself love?  I hope you enjoy reading ‘Silk Stockings’ and just to whet your appetite there’s a little excerpt below. 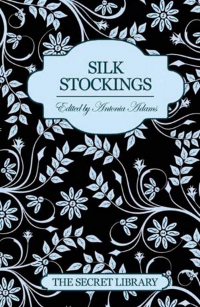 Michael returned to his stool at the other end of the bar and then thinking for a moment he dragged it closer to hers until he was almost within touching distance. Of course, it was essential he got closer so he could look at the silk stockings, which were gleaming enticingly in the dim light of the bar and which Imogen had now boldly crossed.

Imogen watched Michael for several minutes and before she realised what she was doing, she speared him with her cheeky gaze and raising her glass she invited a toast. It was something she never did and there was a steely determination in her glance, not unlike a whore’s invitation, but in a way she was a whore. She was, as Louis had so quaintly put it, the silk stocking whore – a cocktease in Cervin.

Michael smiled at her. She hazarded a guess he was doing what most men did, he was wondering if she had a boyfriend or if she was a high class whore waiting for a punter since she seemed expectant and her gaze kept continually darting to the door. The truth of the matter was, though, Imogen couldn’t get rid of the irrational fear which seemed to be mounting up inside her day by day, the fear Louis would walk right back in and blackmail her.

After awhile Imogen fished an olive out of her drink and popping it between her lips she dried her finger on her thigh. She didn’t mean to do it, but the action of the finger drew Michael’s attention to the silk stockings. She rubbed her finger up and down suggestively and then she drew several small circles on her thigh before hitching her skirt skilfully up her legs. She didn’t want to tempt him but she couldn’t help it, she liked him. She liked his wide-eyed innocent look and his slim sexy physique and narrow hips. He was American, she’d guessed that immediately because he talked with a bit of a twang like Jake, but Jake had a broad Brooklyn accent and Michael’s accent was soft and husky as if he’d just had sex and rolled out of bed. Even that voice was enough to get her going for some reason. It sent shivers all the way up her spine. 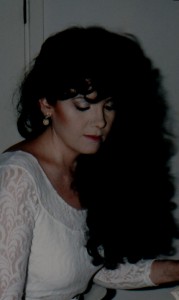 Constance first started writing and winning prizes when she was a child.  However, after taking a degree in economics and languages she was pressed into work first as a court room reporter and later translator and tutor.  An ardent book worm, books and writing were never far from her mind and in her spare time she wrote several novels just for fun.  It was only after a serious accident though and long periods spent in bed, that she turned to writing seriously and after accumulating loads of work was eventually convinced by a friend to send her first story in for submission.

She returned to university to study English and shortly afterwards when personal tragedy struck, she realised how short life was and that she had to follow her dream of becoming a writer.  Since then she has never looked back.  When asked about her writing she will say it’s more than just story telling.  ‘It’s a therapy, a constant challenge and a journey.’

Her move into erotica started in late 2007 when again a friend persuaded her to be brave.  She’d always loved hot passion and found a missing link when she started adding a pinch of heat to her stories and exploring other avenues.  She likes her stories to be fresh and new and always listens to the words of her fans, welcoming emails from her loyal little band.

Published first in Scarlet magazine, she rapidly moved on and writing under several names including Alcamia Payne for her erotica, has now had short stories published in over thirty anthologies; written novellas and novels and has recently had her story ‘Tango’ featured in ‘Diva’ magazine.

She’s delighted to be part of the beautiful ‘Secret Library’ collection, rubbing shoulders with a plethora of wonderful and talented writers and her next novel ‘Chickadee,’ a hot, sexy historical is out with ‘Ebound’ publishing in June.  Chickadee was the result of an intense interest in history and is set at the time of the Great Exhibition.

There’s loads in the pipeline and excitement abounds as she works on a three novel collection set in the world of mystery and magic.  She’s keen to point out though that she’ll never stop writing short stories as she just loves them.

Constance rates herself as a very ordinary girl with a hot melting centre who would have liked to be alive many centuries ago.  She loves many things, in particular delving into the arts and paranormal and her favourite pastimes are writing, reading, opera, studying, travel, vintage clothing and magic.

Look out for her shortly as she’s about to start her new blog and brand new website and will as usual welcome emails promising to answer every one.

The Secret Library is a new range from Xcite Books which will appeal to the female romance reader market. Each book contains three specially commissioned novellas guaranteeing a satisfying and varied selection.

The story content is relationship led with a strong alpha male hero, a level of conflict and a climactic, explicit ending.

The covers are deliberately designed without visual imagery to be discreet. These books could be comfortably read in public, given as gifts and left on a bedside table.

The Thousand and One Nights – Kitti Bernetti, Primula Bond and Sommer Marsden

Elizabeth Coldwell Shares The Story Behind the Story of Her Novella, One Long Hot Summer → ← Jess Pritchard Tells Us More About Her Art