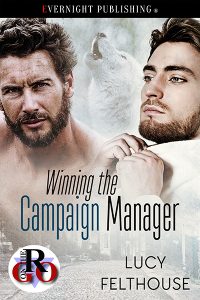 Politics has never been so sexy!

Cade Avery is running for a position on his local county council. He’s extremely good at what he does and is a valuable asset to his community. The trouble is, he upsets people, says the wrong things, and rides rough-shod over other people’s plans and ideas. His assistant, Mary, eager to improve Cade’s public image, hires him a campaign manager.

Quentin Rayworth is thrilled to be working with such a formidable public figure. It’ll be a challenge, but he’s confident he can help Cade to win the election, and knows that the achievement will look impressive on his CV.

It’s soon clear that the two men are set to be an excellent team. That is, until Cade’s werewolf makes its intentions known—in Quentin, it has found its mate, and it will not rest until he has claimed him. But can Cade—and his wolf—win over the campaign manager?

Other links will be added here when they become available: http://lucyfelthouse.co.uk/published-works/winning-the-campaign-manager/

“You’ve done what?” Cade Avery yelled, fixing his long-time friend and colleague, Mary Summers, with a glare. He slammed his hands down on his desk, making a bunch of pens jump and rattle, and causing water to splash over the side of his glass. “Why the hell would you do such a thing?”

Mary, by now used to Cade’s temper and frequent outbursts, didn’t flinch. Standing firm on the other side of his desk, she calmly stated, “You heard me, Cade. I’ve appointed you a campaign manager. And as for the why, I think it’s pretty damn obvious.”

“Not to me,” he grumbled, snatching a handful of tissues from the box in his top drawer and swiping irritably at the liquid he’d spilled. “Seems like an unnecessary expense.”

With a heavy sigh, Mary replied, “Do you want to win this bloody election or not?”

“Yes, of course I do. What sort of a stupid question is that?”

“Well then, you need a campaign manager. The rest of the team and I already have enough on our plates. We can’t handle that side of things, too. Not to mention the fact that you really need someone with … expertise … in that department. Someone who can boost your public image, make you more likeable … you know, so people will actually vote for you.”

Screwing up the wad of soggy tissue and dumping it in the wastebasket beside him, Cade snapped his gaze to Mary. She stood, the ever-present iPad clutched against her chest, looking as determined and immovable as a five-feet-one, slim thirty-five-year-old was ever going to get.

He sat back in his chair and folded his arms. “What’s wrong with my public image?”

Rolling her eyes heavenward, her body tensing, Mary’s cool demeanor actually looked on the verge of cracking. Taking a deep breath and releasing it, she looked back at him. “Give me strength, Cade. Are you fucking serious?”

She may have used the deep breath and probably a considerable amount of willpower to dampen down her physical reaction to his question, but her actual words gave her true state of mind away. As a rule, the word “bloody” was as bad as it got for Mary. To have enticed a “fucking” out of her, and within the same conversation, no less, meant she was in real danger of losing her temper with him. And despite her diminutive frame and usually chilled-out personality—especially in comparison with his huge frame and fiery personality—when she did lose it, she was utterly terrifying. Possibly the fact that she rarely got angry was what made it so potent when she did. Mary’s ire could turn even the thickest-skinned person into a blubbering wreck.

“Mary,” he cooed, backtracking quickly, “come on, sit down. Why do you always insist on standing up in here?”

“Because, unless we’re having a meeting, I don’t generally need to stay long. I normally impart my information, you give your feedback, and we get on with our day.” She shifted restlessly and narrowed her eyes. “But today, it seems, you’re having a bit of a brain fart. Do I really need to spell it out for you?”

Raising his eyebrows at her increasing irritation, and wondering if there was something going on in her private life that was making her so touchy, he nodded. “Yes, I really think you do.”

A few seconds of silence passed, in which Mary again seemed to be getting a grip on her irritation. She finally said, “All right. But don’t forget; you asked for it.” 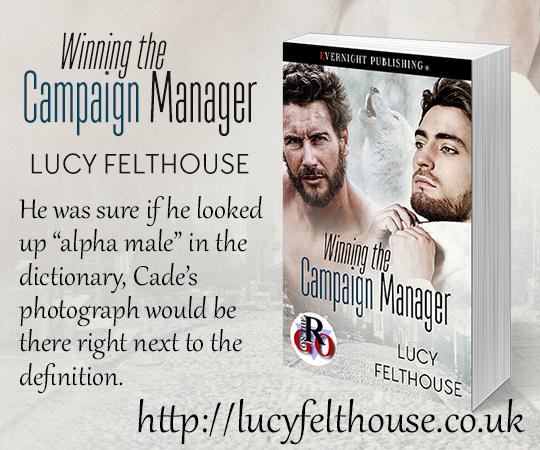