If you’ve not downloaded your copy of the British Bad Boys Boxed Set, do so without further delay, or read it on 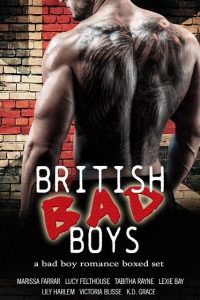 Kindle Unlimited. This fab boxed set, which contains my novella, In Training, will disappear from bookshelves forever on August 11th. Download and it’s yours to enjoy again and again. Read on Kindle Unlimited and enjoy the fantastic advantage of an online free library. Five days left! Don’t want to miss the opportunity.

And here to tease and titillate is a little excerpt from my novella, In Training. Enjoy!

Indulge yourself with this boxed set of stories written by bestselling and award-winning British romance authors. No one knows British bad boys better than they do!

And suddenly it was like that slow motion scene in a horror film, just before the pretty young innocent is shredded by 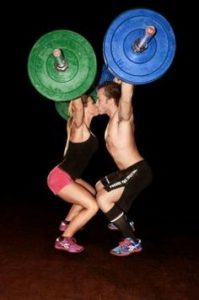 The smile on her boss’s face slipped just a fraction. “Why ever not Wolf?  You two are perfect together. Not only is Lauren comfortable on camera, but she’s horribly unfit.” Before either of them could respond, she continued. “I need my PR ace in the hole fighting fit, and right now I doubt if she could fight her way out of a paper bag.”

“Oh yes I could.” Fuck Laruen sounded like a kid at the Christmas pantomime.

“Didn’t look like you could on the stairs,” Claire responded. She turned her attention back to Jennings. “Obese couch potatoes or under muscled, out of shape career women, unfit is unfit, Wolf.”

“I’m not really that unfit.” Lauren barely got the words out before they both said in unison

A part of her wanted to crawl under the seat in her embarrassment while the other part wanted to punch Wolf Jennings right in his smug gob. Instead she snarled between her teeth. “You lied to me, Jennings.”

“I lied to you?” His voice became a hushed growl. “How do you figure that? If anything you lied to me.”

“We would have.” Wolf said

“Oh and that’s why you grabbed for the condom was it? You couldn’t even wait to get to a room.”

“You had me pushed up against the garden wall. I wouldn’t have come near you if I’d known that you were Wolf fucking Jennings.” She grabbed Claire’s phone away and all but yelled into it. “Look I don’t want to be here anymore than you want me to. I’m not one of your fucking gym bunnies.”

“You sent me the fucking file with Lauren Michael’s image front and centre,” Wolf managed. Even on the phone, Lauren could tell he was struggling as much for control as she was. “I don’t sleep with my clients.” 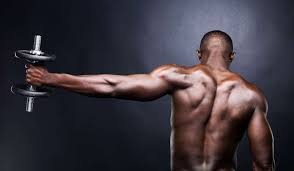 Read for FREE as part of your Kindle Unlimited subscription!