Out Now – The Story of Jo by Justine Elyot (@sinfulpress @JustineElyot) 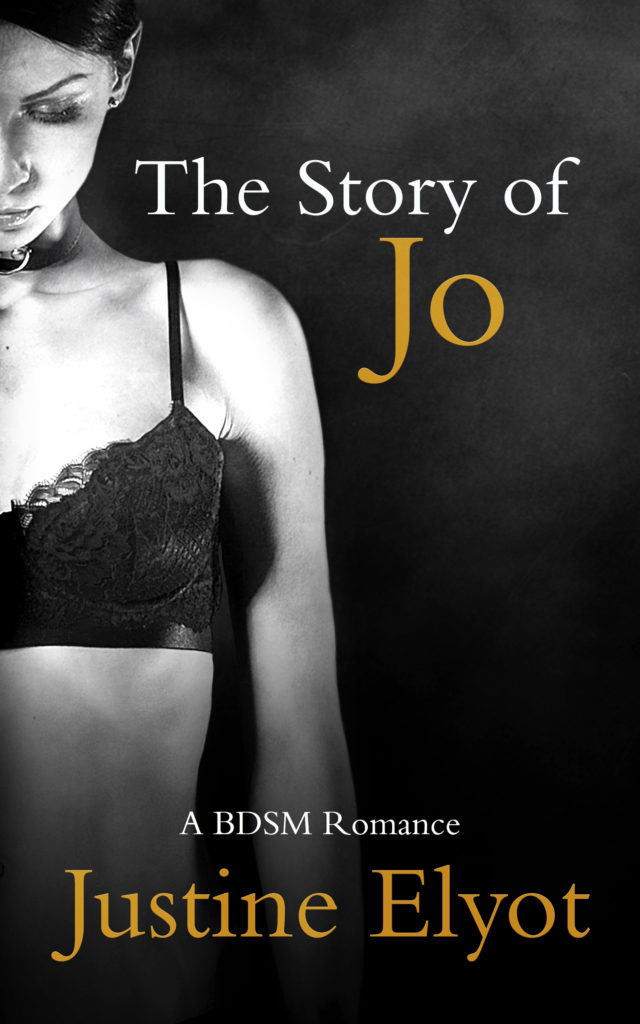 Bestselling UK author, Justine Elyot, is back with her latest erotica novel, The Story of Jo.

Due for release on October 1st 2018 by Sinful Press, The Story of Jo takes us on a whirlwind romance through the eyes of Jo, as she gives in to her submissive side under the loving tutelage of Emmett. But when Emmett’s friend and mentor appears on the scene, Jo has to decide if she’s willing to risk everything she has to become submissive to two masters.

Justine Elyot is the author of On Demand, The Business of Pleasure and Meeting Her Match. Her fiction has been published by Black Lace, Xcite, Cleis Press, Constable and Robinson, and Mischief.

“I want complete control of you in the bedroom,” he said.

The words shocked me to the core, and when I say ‘core’ I mean the area between my legs.

“Within limits,” he amended. “Nothing that will damage or traumatise you, obviously. It’s for your pleasure as much as mine.” He laughed softly and ran a fingertip along my lips. “The look on your face…I’d like to photograph it.”

“Are you talking about, y’know, kinky stuff?”

“That’s exactly what I’m talking about. You look shocked. Are you shocked?”

“So you are that way inclined?” He raised an eyebrow.

Did he actually exist?

And did I have the courage to find out?

He pulled me in close again.

“Do you want me to take you in hand?” he asked, his voice low and sticky in my ear.

“Mmm,” his appreciative response turned into a kiss, one of those long, slow, trembly types that only end when your legs start to give way. One hand slid slowly down my spine, moulding itself to the curve of my bottom and squeezing.

“You’re still dressed,” he accused, his mouth still close enough for his hot breath to whisper over my skin. Red wine, spearmint, salmon, a bitter coffee note further back.

He quieted me with another kiss, then set his fingers to work on my shirt.

The Story of Jo is available to buy from all major online retailers including: