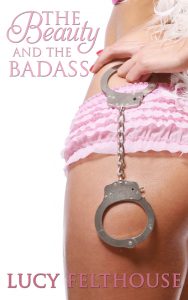 From the moment Alexei Miles sets eyes on the kickboxing instructor at his new gym, he’s enthralled. She’s strong and sexy, and he senses something in her that speaks to his deepest desires. Bored of meaningless one-night stands, Alexei vows to find out more about the beautiful badass. He hopes his senses are correct—that her desires will match his own, and that his period of unsatisfying sexual encounters is over.

Zoe Harrison notices the new guy as soon as he walks into the gym—difficult not to, really, given he’s a six-feet-plus gorgeous Viking. As well as being attractive, he awakens something deep inside that she’d almost forgotten about. Men that can handle Zoe’s busy lifestyle are few and far between. Add to that her very specific sexual appetites and it’s little wonder she’s been single for so long. Is the Viking about to change all that?

Note: The Beauty and the Badass has been previously released as part of the Dirty Doms boxed set.

Alexei followed John into the building, a sense of trepidation hanging over him. It was never easy moving to a new place, and as an army brat he’d had more than his fair share of relocating. Dealing with new landlords, new neighbors, new neighborhood. Not to mention the job side of it—new role, new building, new boss…

He’d spent the last month dealing with all that, and now – thanks to the friendship that had sprung up between him and his colleague, John – he was getting back on track with his hobbies, too. John wasn’t a gym bunny, exactly, but he did like to keep in shape, which was why he’d recommended his local sports gym to Alexei when he’d asked.

“Just a bunch of folks keeping fit and trim, letting off some steam,” he’d said. “No posturing, silly competition, or showing off. God, I reckon if someone started posing in front of a mirror in that place, they’d get their arse kicked.”

He’d made the place sound a bit rough and ready, but that was fine by Alexei. As long as it had the equipment he needed, it would suit him down to the ground. It was made all the more attractive by the price – around half of what the more traditional gyms wanted in membership fees. And he only had to pay when he actually attended. He wasn’t sure yet how much working away his new job was going to entail, but it still made more sense to use a place that had a pay-as-you-go system. At least until he got settled.

They passed a reception desk of sorts, which looked like somewhere the building’s owner probably did the admin and accounts. After that, there was a row of seating up against the wall on their right hand side, and the space opened up on their left. Wooden flooring stretched from just beside them to the far end of the long area, and a boxing ring sat in one corner.

Alexei raised his eyebrows. It was a bit rough and ready, but it was well-appointed and clearly well-used. Much better to have a place with regular, dedicated clients than some gleaming, spick and span monstrosity of a gym that nobody ever went to, or went more to lift weights and gaze lovingly at themselves in the mirrors than to actually do a thorough workout.

He continued following John along the carpeted area that ran around the nearest two sides of the wooden flooring, allowing people to access the rooms opposite the entrance without getting in the way of the people using the main space. It was currently taken up by what looked like an all-female kickboxing class. And they were good. He certainly wouldn’t like to piss any of them off—they could definitely handle themselves.

Alexei was just about to look away—he didn’t want them to think he was some kind of pervert for staring—when his gaze alighted on the instructor. She was a petite blonde, with a long, sleek ponytail sitting high up on her head, which swung as she walked from one student to the next, passing comment, suggesting improvements, and so on. He was so mesmerized by her that he forgot all about not staring. In fact, he forgot about pretty much everything, and let out an “ooof!” as he slammed straight into John’s broad, hard back.

“Hey,” John said, turning around and putting a hand on Alexei’s shoulder to steady him. “Look where you’re bloody going, mate. What the hell’s the matter with you?”

Alexei opened his mouth to reply, but his brain refused to supply any words. Instead, his eyes gave him away, as he couldn’t resist another glance in her direction.

Following his gaze, John smirked when he spotted just who had distracted Alexei so much. “The cute blonde, I take it?” 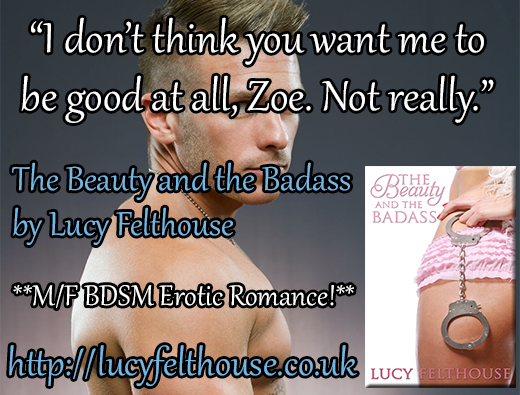