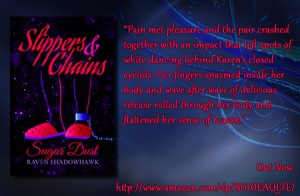 The Truth About Dressing for Success → ← A Paranormal Tidbit